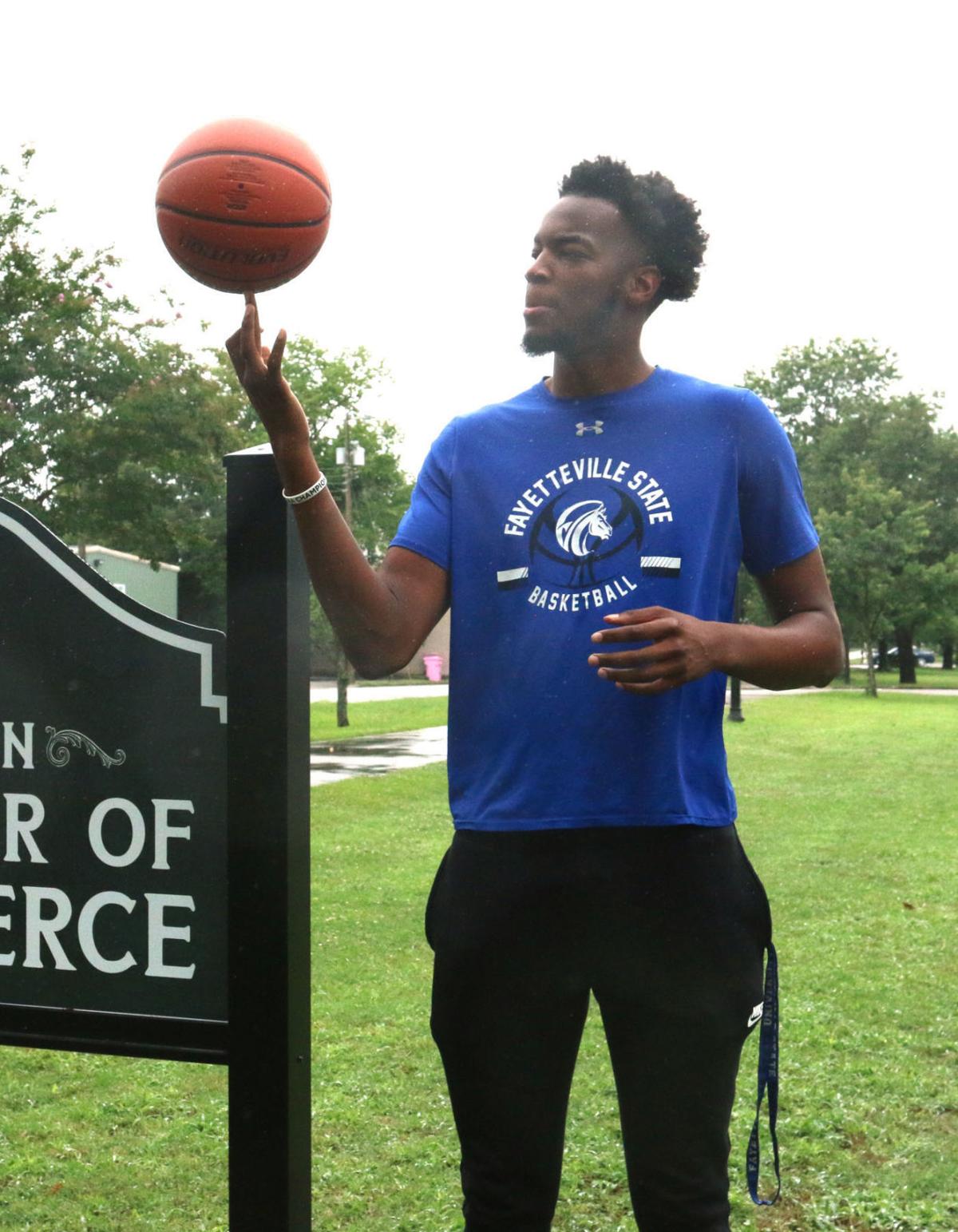 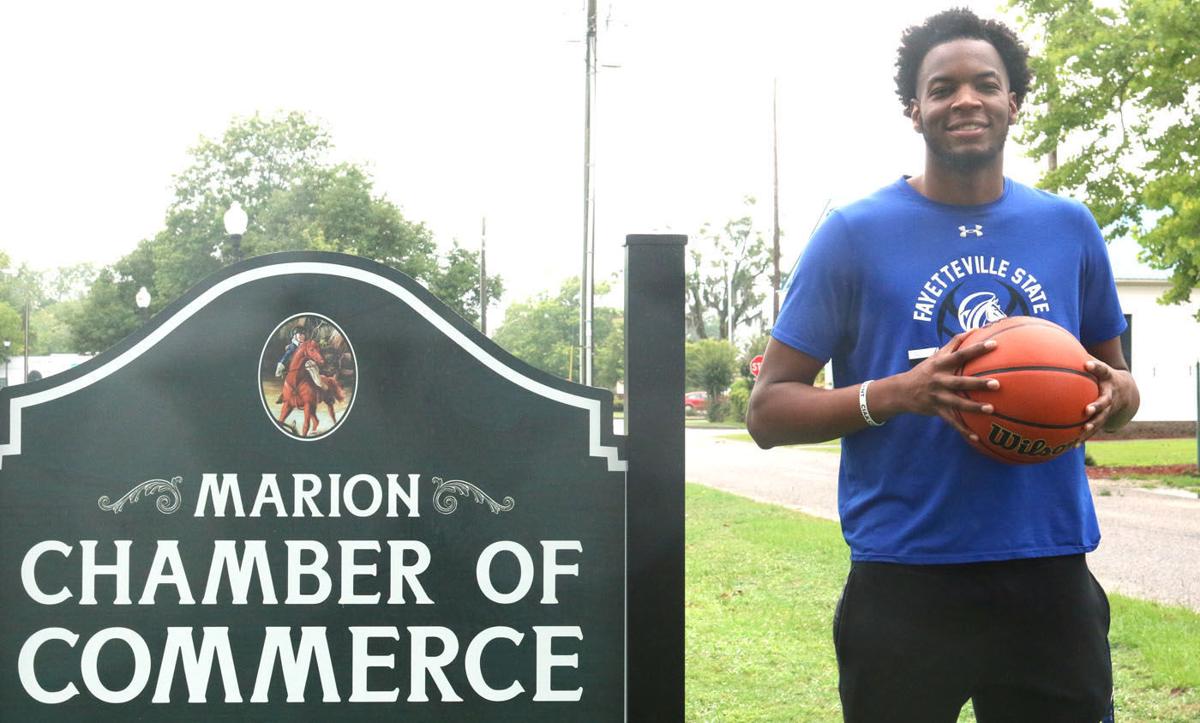 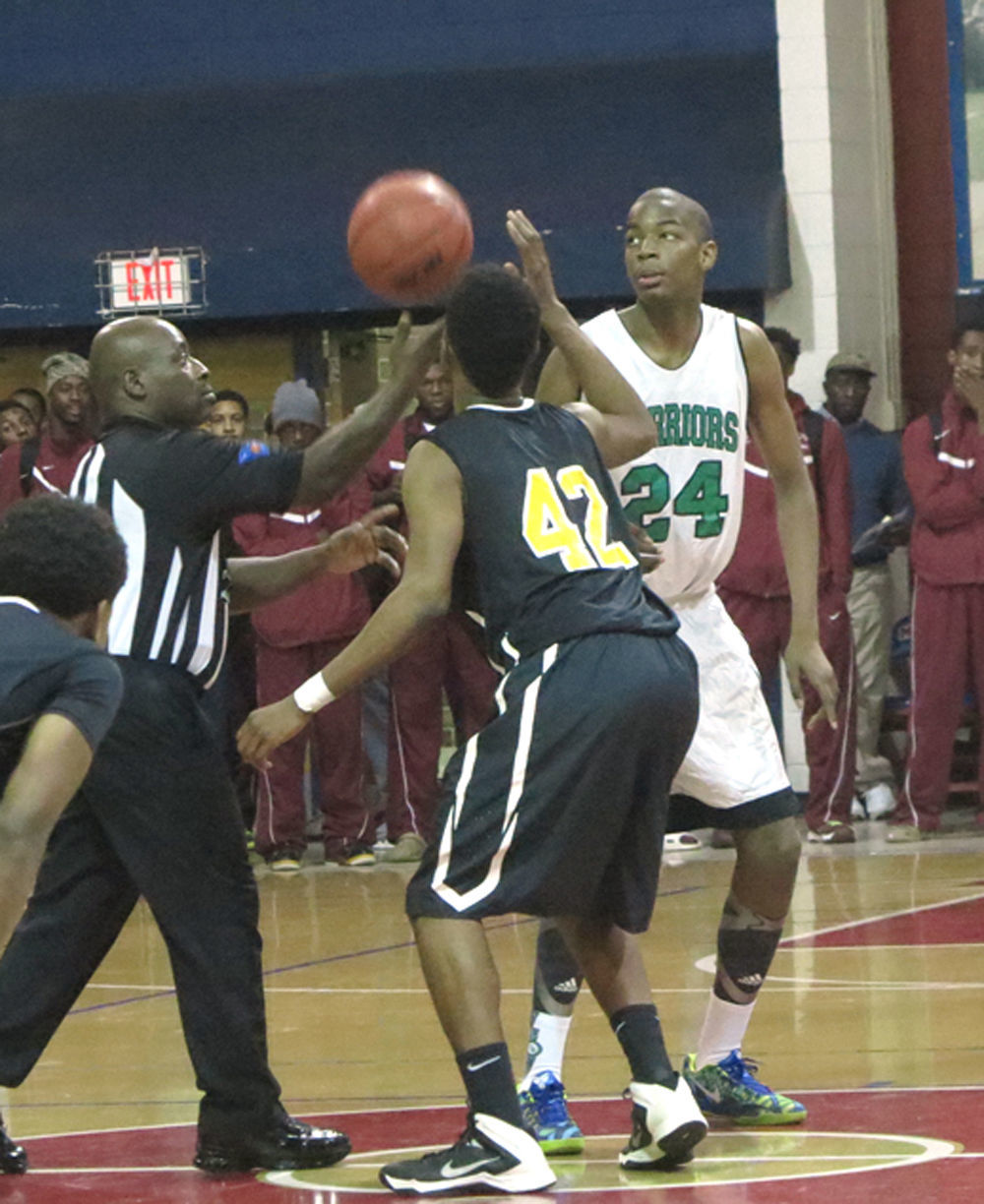 William Brown and the Creek Bridge Warriors prepare to tipoff versus Dillon during the 19th Annual Mullins High School Thanksgiving Jamboree on November 29, 2014.The Greshman led the Warriors his senior year in 2015, averaging 8.3 rebounds and 2.9 blocks per game. 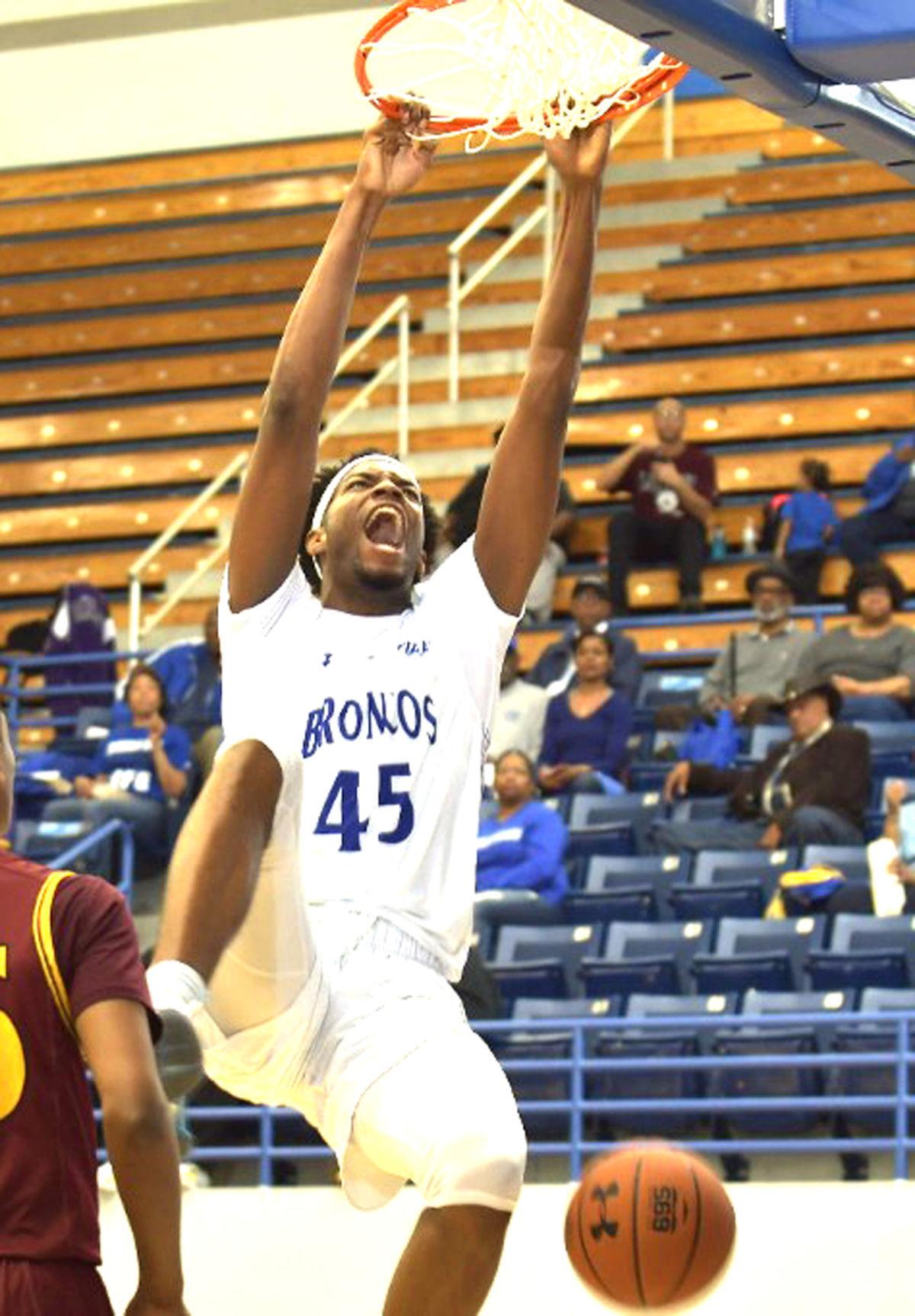 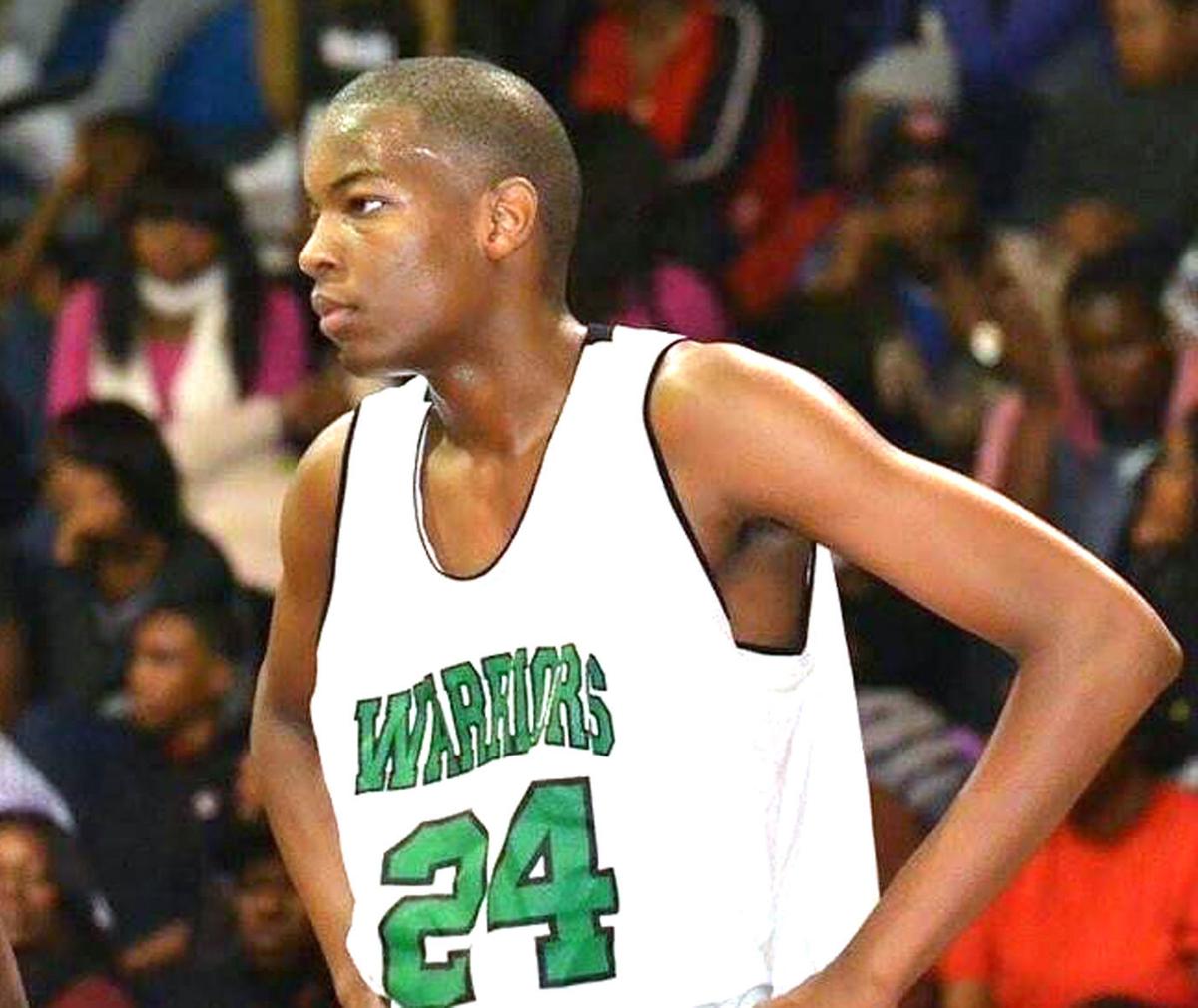 William Brown and the Creek Bridge Warriors prepare to tipoff versus Dillon during the 19th Annual Mullins High School Thanksgiving Jamboree on November 29, 2014.The Greshman led the Warriors his senior year in 2015, averaging 8.3 rebounds and 2.9 blocks per game.

GRESHAM, S.C. — Former Creek Bridge High School basketball player William Brown admits he was under the radar but his perseverance and work ethic led to a basketball journey that developed his game on and off the court. Now he is taking that game overseas.

Brown helped lead Fayetteville State University men’s basketball team to a 24-8 record and runner-up finish in the CIAA conference this past season. He averaged 6.8 rebounds and 2.3 blocks to finish second in the CIAA and snatched a career high 17 rebounds twice in games against Virginia Union and Lincoln PA, a team he also had a career high eight blocks against. The seven foot center signed a one-year deal to join Union Tarbes-Lourdes in Tarbes, France.

“Once I finished up the CIAA tournament some agencies reached out to me,” Brown said. “Drew Kelso of One Motive Sports Agency reached out to me and said he liked going for guys under the radar. I ended up signing and the coach wanted me.”

Brown said he is happy to continue his career.

“I’m nervous but I’m excited because I’ve never been outside of the United States,” Brown said. “It’s definitely a new thing for me. It’s a new adventure and a new experience.”

Kelso said in announcement that Brown has unbelievable potential and upside along with a tremendous story to get to where he is now.

Brown said as a kid he always wanted to play professional basketball. “It was a dream I wanted to come true but I didn’t get ahead of myself,” he said.

The Gresham native led the Creek Bridge Warriors his senior year in 2015, averaging 8.3 rebounds and 2.9 blocks per game. He played two years at the school after a stint playing at the Marion-Mullins Christian School. One of the reasons he transferred was to try and earn a basketball scholarship.

“I was young and really skinny,” Brown remembers. “I had to get my feet wet and my senior year was better for me.” He later got the hang for the game, adjusting to growing from 6-foot-6 inches to seven feet tall.

“I felt like I was under the radar because I was one of the tallest players in the Pee Dee but I don’t think they really know me,” Brown said. “Even now when I come back home people don’t realize who I am or that I went to Creek Bridge.”

Brown’s high school coach Doug Pearson helped connect him to Brevard Community College where he played 10 games with the Tornadoes.

The adjustment to college led to struggles academically and Brown transferred to Snead State Community College in Alabama for a semester. He then returned home to refocus on his grades at Horry Georgetown Technical College for a year.

It was at HGTC where he met Math instructor William Clay, who happen to also have experience on the Coastal Carolina University women’s basketball coaching staff. He is also the founder of Diamond in the Rough Skills Academy and a basketball skills specialist that trained Brown and influenced as a mentor.

“I think Will’s upside is crazy,” Clay said. “Now five years later he is a pro and I think that speaks a lot. If he works hard and puts in the time to continue to refine his skill-set and work on his game there is no telling how far he can go.”

Clay said Brown has natural ability and he is excited to see him flourish and thrive focusing on basketball.

Brown has dealt with his fair share of adversity.

His father died before he was a year old and his mother went to prison when he was two years old. Bernice Williams took custody of him along with one of his two brothers.

“She introduced me to Gresham and her family,” he said. “I wouldn’t trade it for nothing. I consider myself a diamond in a rough being there. She would take me to school and go to work as a corrections officer.”

It was during the time HGTC that his older brother was in prison when Brown’s sibling contacted a former coach that connected him to Spartanburg Community College.

“He called me in for a visit and I played some pick-up games and joined the team,” Brown said. “I wouldn’t have got that opportunity if it wasn’t for my brother.”

Brown earned his Associate’s Degree in Arts after a season with the Pioneers.

“My teammates and the coaching staff there put a hunger in me,” Brown said. “They pushed me to the max and it taught me to go harder.”

“It was a good environment and I went in there and did what had to do,” he said.

The team improved by 17 wins between his junior and senior season.

“I was just trying to win and not trying to too much because I knew my potential,” Brown said. “I knew what my role was and my game is face-up. The coaches understood that and gave me the freedom but my whole team was full of shooters.”

Brown said playing in the conference tournament was a breakout experience. Now he is ready to see what the future holds.

“It’s a marathon,” he said. “You can’t look at it as just a race. I’ve took losses but I got other wins and now it is about seeing how it goes.”

Brown said he is ready to play in what is now his profession and hopes to inspire the next generation of kids from his town.