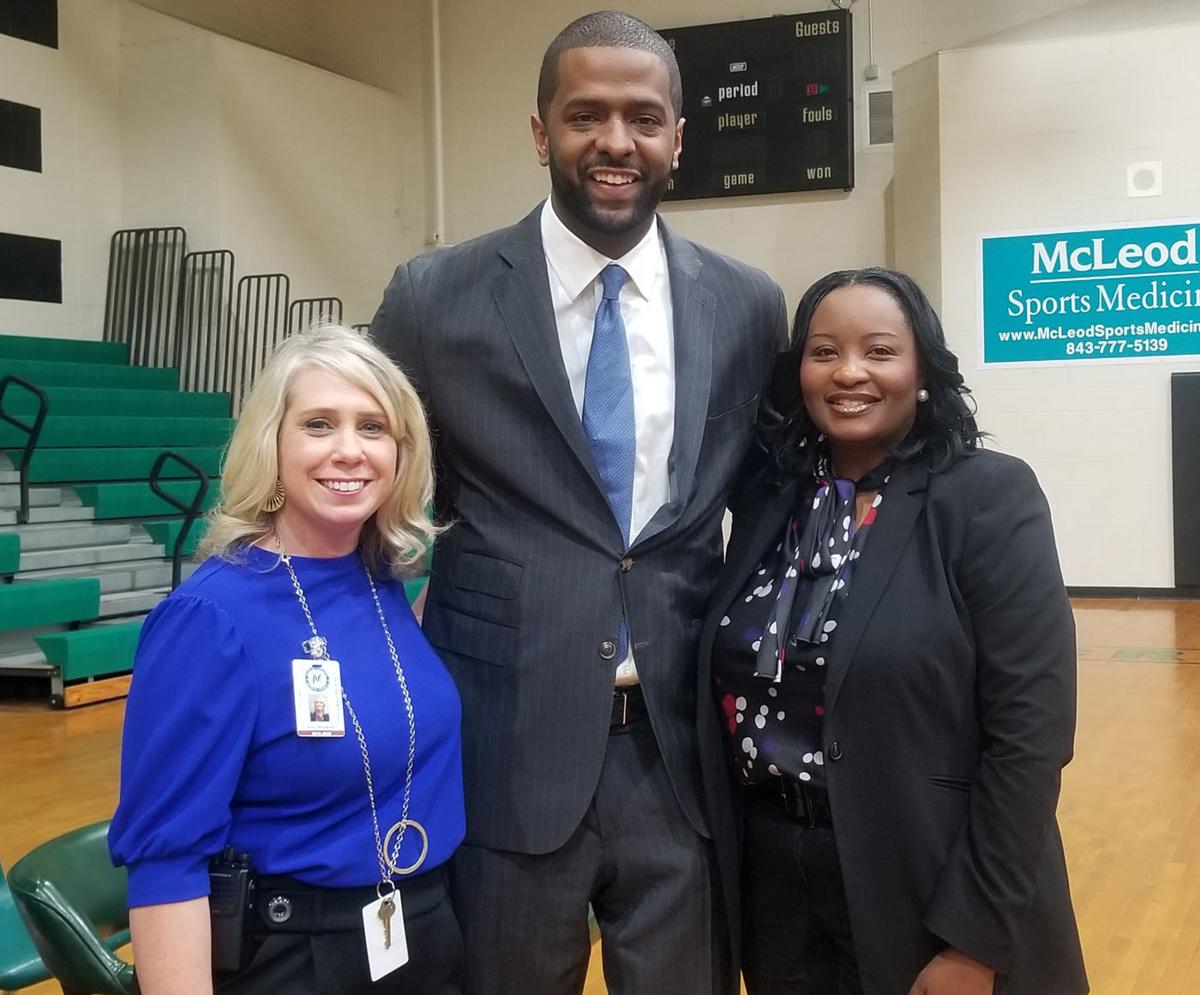 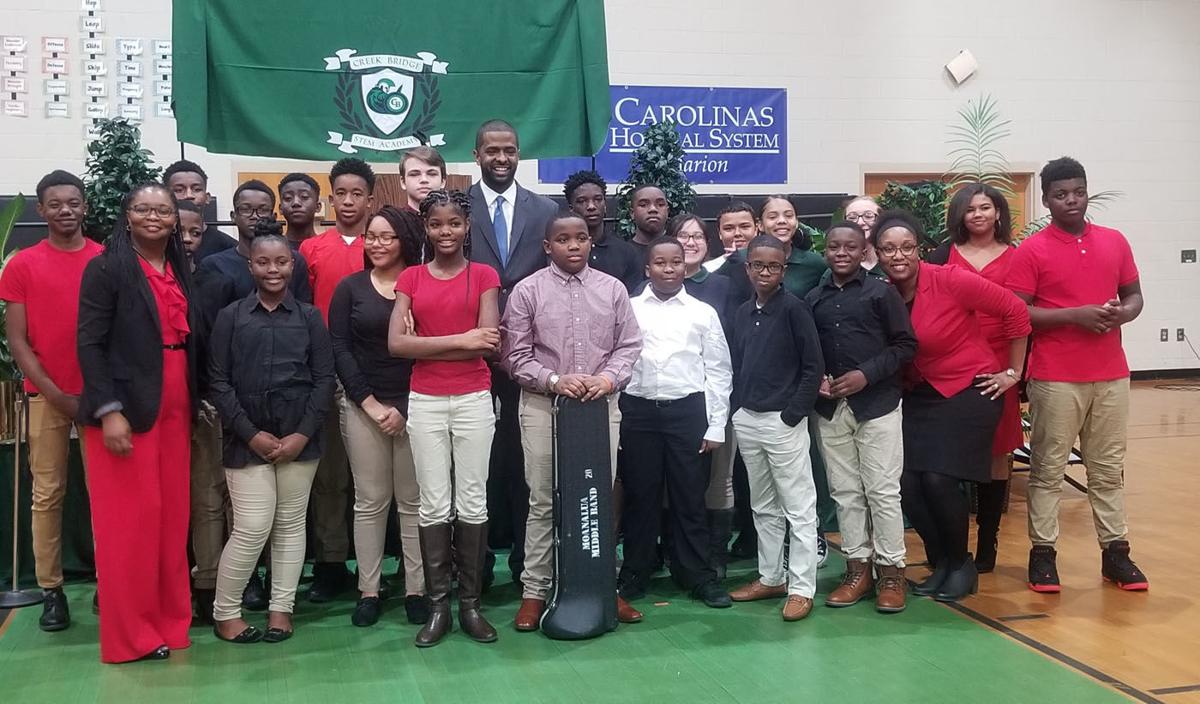 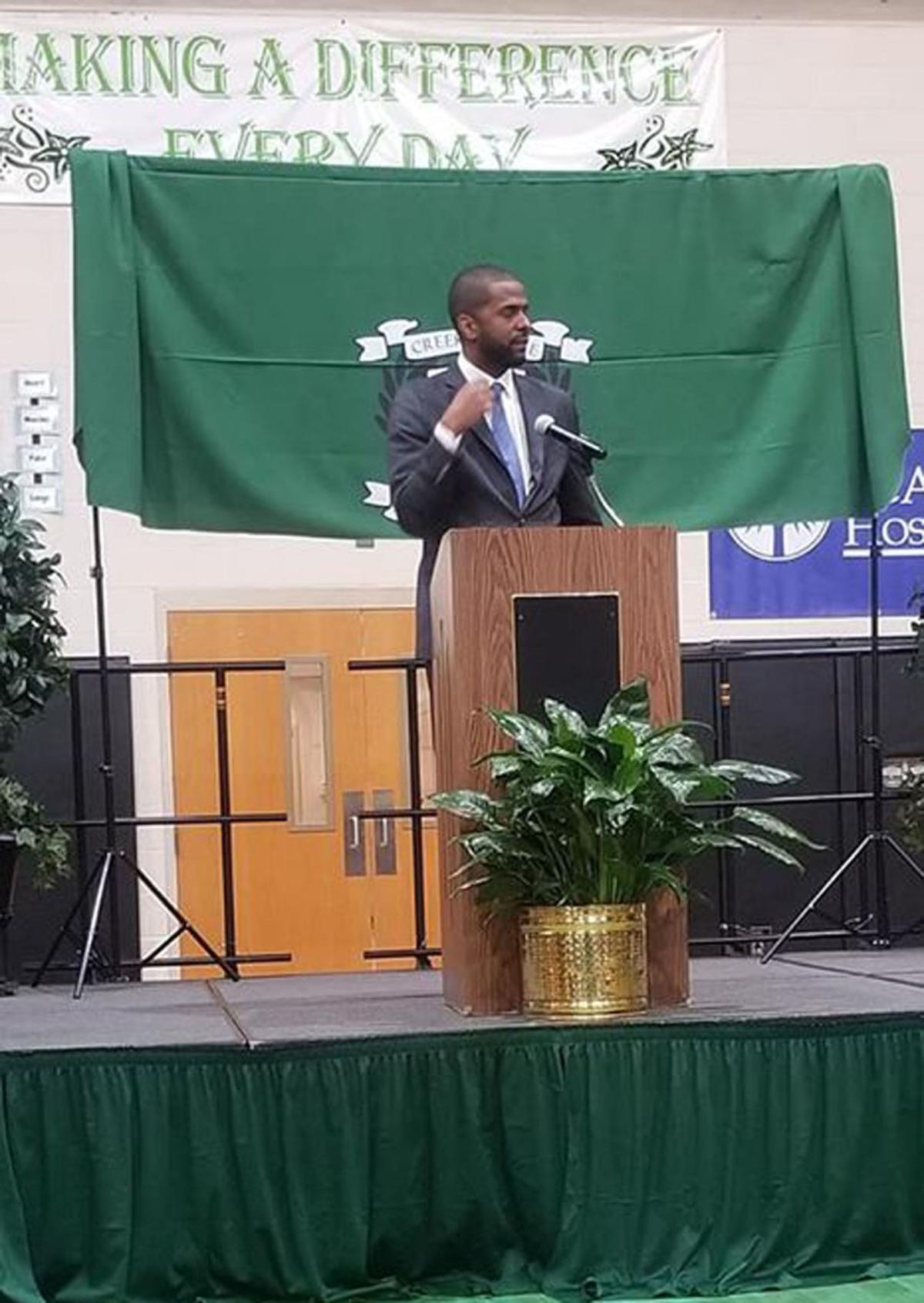 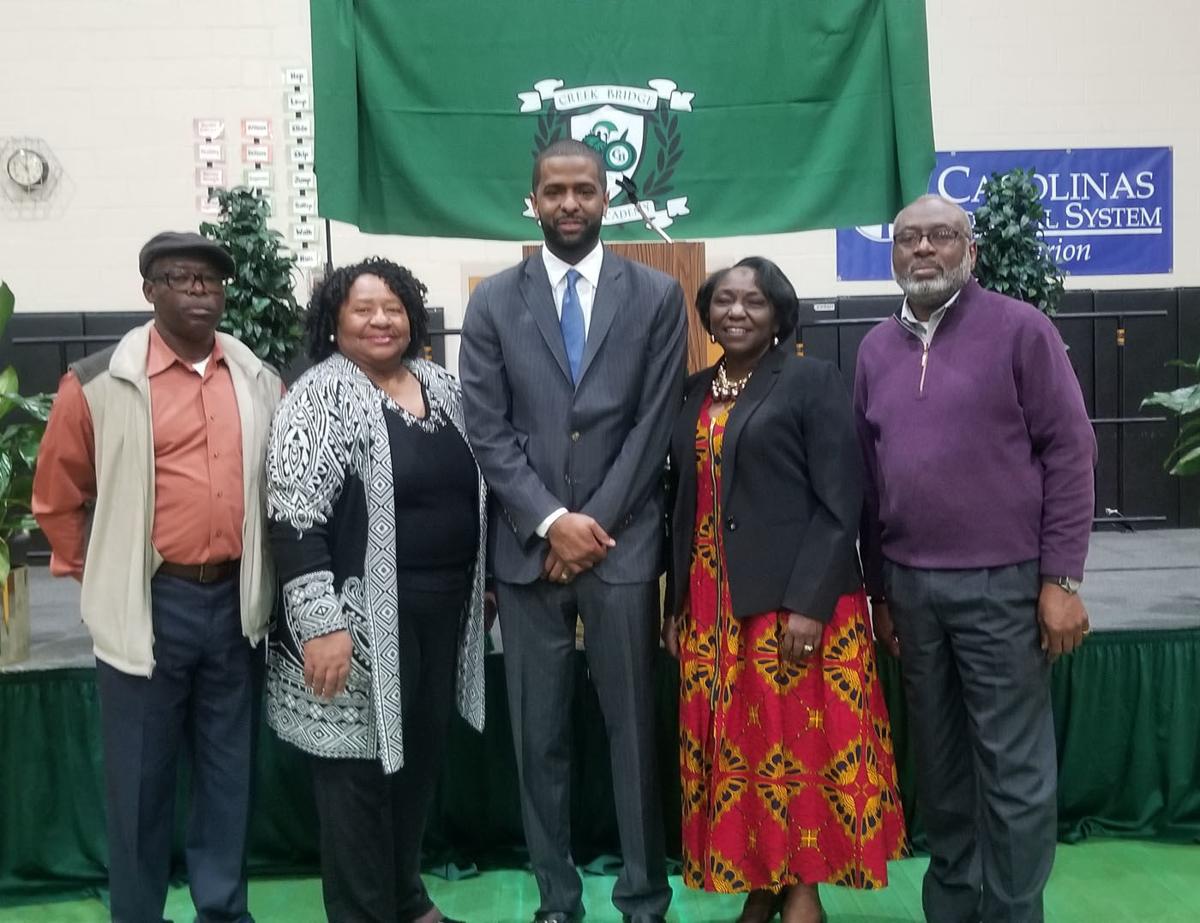 Serving as speaker for the event was attorney, political commentator, and politician Bakari Sellers. His message to the students was on the theme of “dream with your eyes open.”

Sellers was born in Denmark and graduated from Morehouse College a later attended the University Of South Carolina School Of Law.

Sellers has worked for United States Congressman James Clyburn and former Atlanta Mayor Shirley Franklin. He is one of the youngest State Representatives and the youngest black elected official in the United States. He has been a member of the South Carolina Legislative Black Caucus since 2006.

Sellers is a former South Carolina House of Representative, where he has represented the 90th District since 2006, and also a 2014 candidate for Lt. Governor of South Carolina. He has been with the Strom Law Firm, L.L.C. in Columbia, SC since 2007 and also makes appearances on CNN.