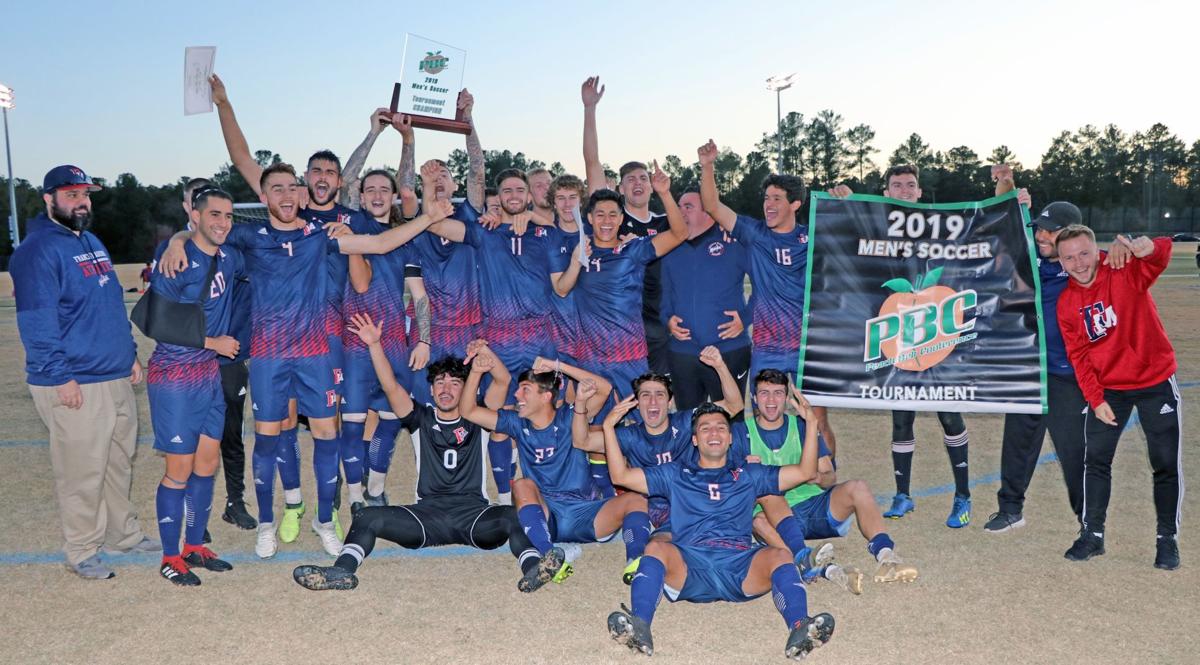 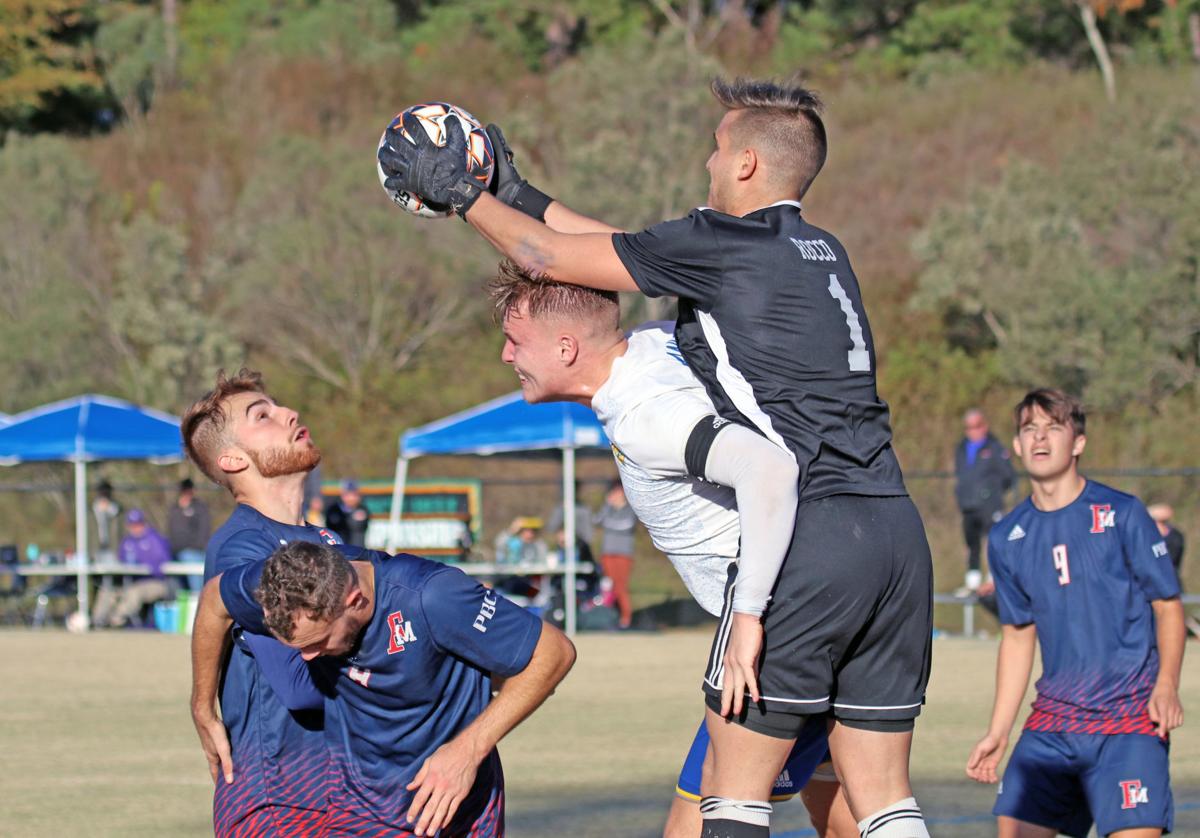 It’s the Patriots’ first conference crown since 2008 and third overall. The Patriots’ lone goal was scored by Juan Miguel Fernandez 4:03 into the match on a Travis Cooke assist. It was Fernandez’s first FMU goal. Patriots sophomore midfielder Oliver Peters was named tournament MVP.

FMU, under first-year coach Luis Rincon, improve to 15-4-1 (third most wins in team history) and advance to the NCAA Division II tournament, starting next weekend. Pairings are announced Monday night.

Lander outshot FMU 17-7 and held a 6-3 edge in corner kicks. However, Patriot junior goalkeeper Maximiliano Rocco registered a season-high eight saves, six in the opening half. He posted his school-record 11th shutout of the year.

That’s also a single-season record for the Patriots.

Francis Marion’s winning goal went like this: Cooke dribbled up the right sideline and passed to Fernandez near the right corner of the penalty area. Fernandez looked to possibly place the ball into the 6-yard area, but his attempt instead found the upper left corner of the goal setting off a celebration on the Francois Marion sideline.

Fernandez was injured a few minutes later and did not return.

Lander put Rocco to the test during the next 20 minute. One of Lander’s best opportunities happened in the 34th minute when a long Bearcat throw-in landed at the feet of Robbie Young, but his open attempt from 17 yards out went wide right.

FMU nearly doubled its advantage with two minutes left before halftime. Freshman midfielder Alvaro Zamora gained possession after a deflection and tried to catch Lander goalkeeper Cole Hunter off his line with a quick 35-yard attempt, but the effort was wide to the left.

Another FMU scoring opportunity materialized in the opening minute of the second. A Patriot throw-in was headed by several players before Zamora fired a 10-yard shot that Hunter smothered at the near post.

Baldwin's flurry leads No. 13 Butler past Marquette in OT

Rocco responded with two saves during the next five minutes to retain the FMU advantage. However, of the final seven Lander shots in the match over the last 33 minutes, none was on frame. An offside call against Lander disallowed a potential tying score in the final 10 minutes.

Peters was not the only Patriot honored, however. Zamora, sophomore forward Javier Bello and sophomore defender Magnus Hoejland also were named to the all-tournament team.

FMU, which also won a conference tournament crown 20 years ago, is 3-1 in the Peach Belt finals, and this will be the Patriots’ third national tourney appearance. The others were in 2000 and ’08.

The tournament championship is the third for the Patriot men’s program, joining trophies from 1999 and 2008. FMU is now 3-1 in championship match appearances. This will be Francis Marion’s third appearance in the NCAA Tournament after previous bids in 2000 and 2008. The 1999 tournament crown did not result in an automatic national tournament berth.