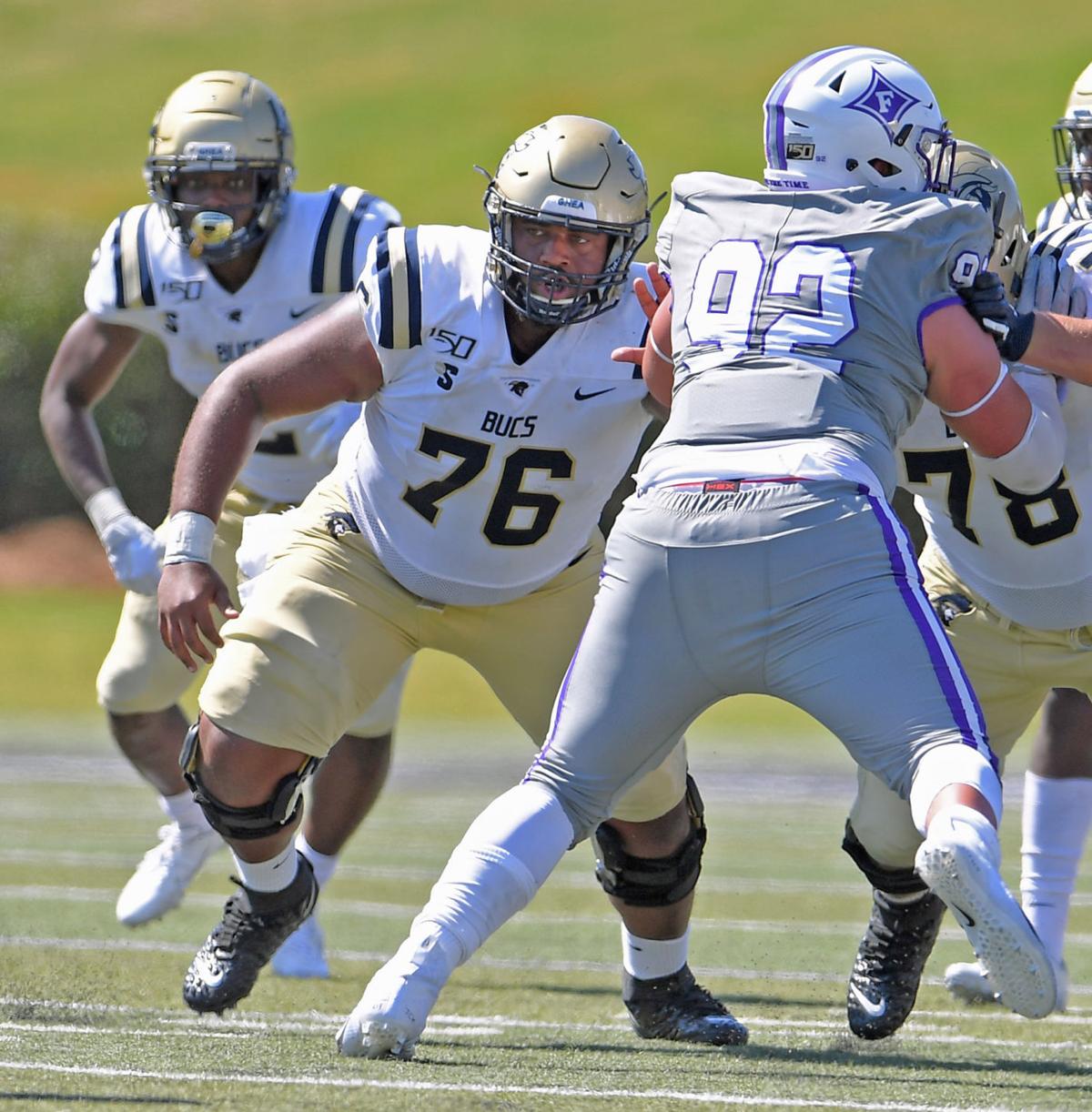 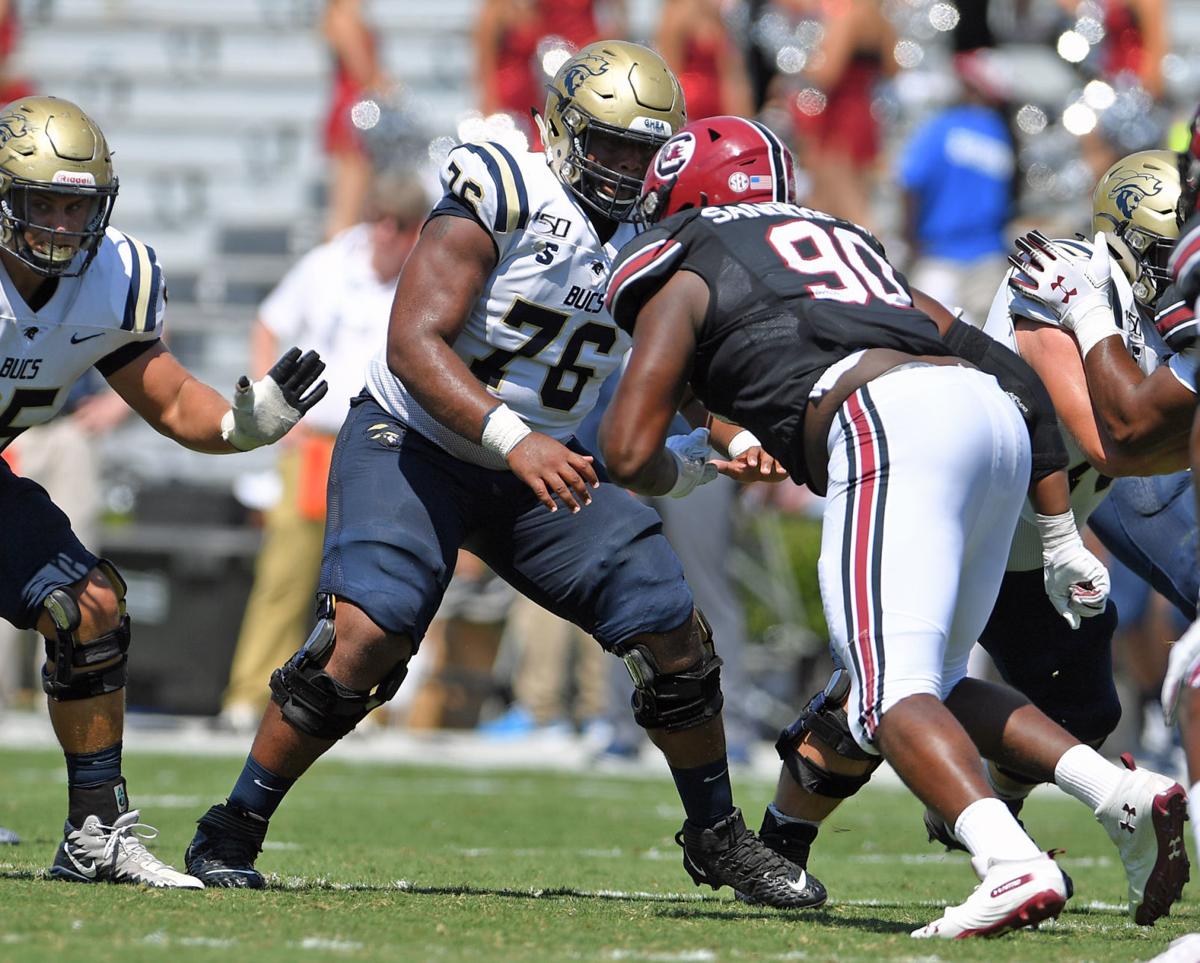 Former Dillon offensive lineman J.T. Melton (76) made the transition from offensive tackle to center for Charleston Southern this past season and probably will play guard in 2020 as well.

Former Dillon offensive lineman J.T. Melton (76) made the transition from offensive tackle to center for Charleston Southern this past season and probably will play guard in 2020 as well.

CHARLESTON, S.C. – J.T. Melton still remembers the playbook he got when he first arrived at Charleston Southern University.

Melton, a Shrine Bowl offensive lineman from Dillon High, was used to running more of a spread, read-option type offense with the Wildcats. The Buccaneers, however, ran the triple-option.

“That was mind-blowing for me,” Melton said. “I redshirted my first year, so I felt like I had time to sit back and learn and get the hang of things. The next year, I was projected to get more playing time, but there was still a bit of a learning curve. That set me back a little bit.”

The 2019 season was a different story entirely. Under new coach Autry Denson, CSU switched to a more familiar spread-type offense – and Melton reaped the benefits.

The 6-foot-2, 285-pound lineman started nine games and played in 10 as part of offensive unit that helped the Bucs rush for nearly 2,000 yards as a team.

“I felt like I was back in my element,” Melton said. “It felt like I was playing football back in the day (at Dillon). It was a lot similar to things I had run in the past, so I had a lot more fun.”

Melton also made the most of a transition to a new position. He’d always been an offensive tackle in high school, but the team needed a center when he broke into the lineup.

“Once I got out there, it felt natural because I’d been doing all the things I needed to do to be ready in that moment,” Melton said. “I was the backup center the year before, and I had my ups and downs, but I knew I had to come in and step up quickly along with two other guys.

“We all knew were going to have to come in and make a big impact because we only had two guys returning (on the line).”

“I played a little bit at guard when I first got to Charleston Southern,” he said. “In the last game of my sophomore year, they needed someone to step in and play guard as well, so I have a little bit of experience there.

“The coaches always thought I was an athletic guy and picking up the techniques wouldn’t be an issue. It was just more of a learning process.”

Whatever position he winds up in, Melton is hoping that the next step in his career is one that points him toward the NFL.

“That’s something I’ve dreamed about since I was a little kid,” he said. “So I’m just working on perfecting my craft and being a better football player. I feel like I’m making strides in the right direction, but I just have to keep my foot on the gas and keep improving.

“There’s no point where you should feel complacent in what you do.”