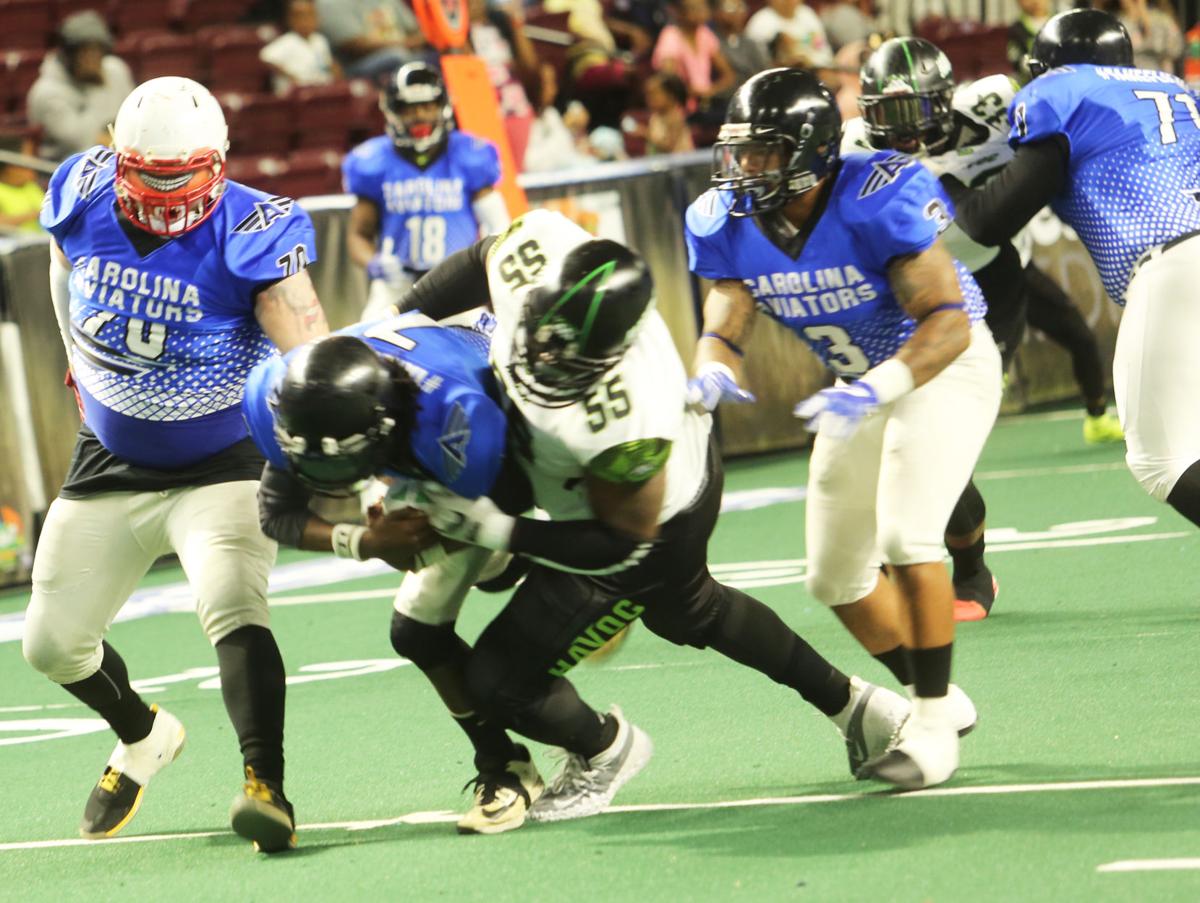 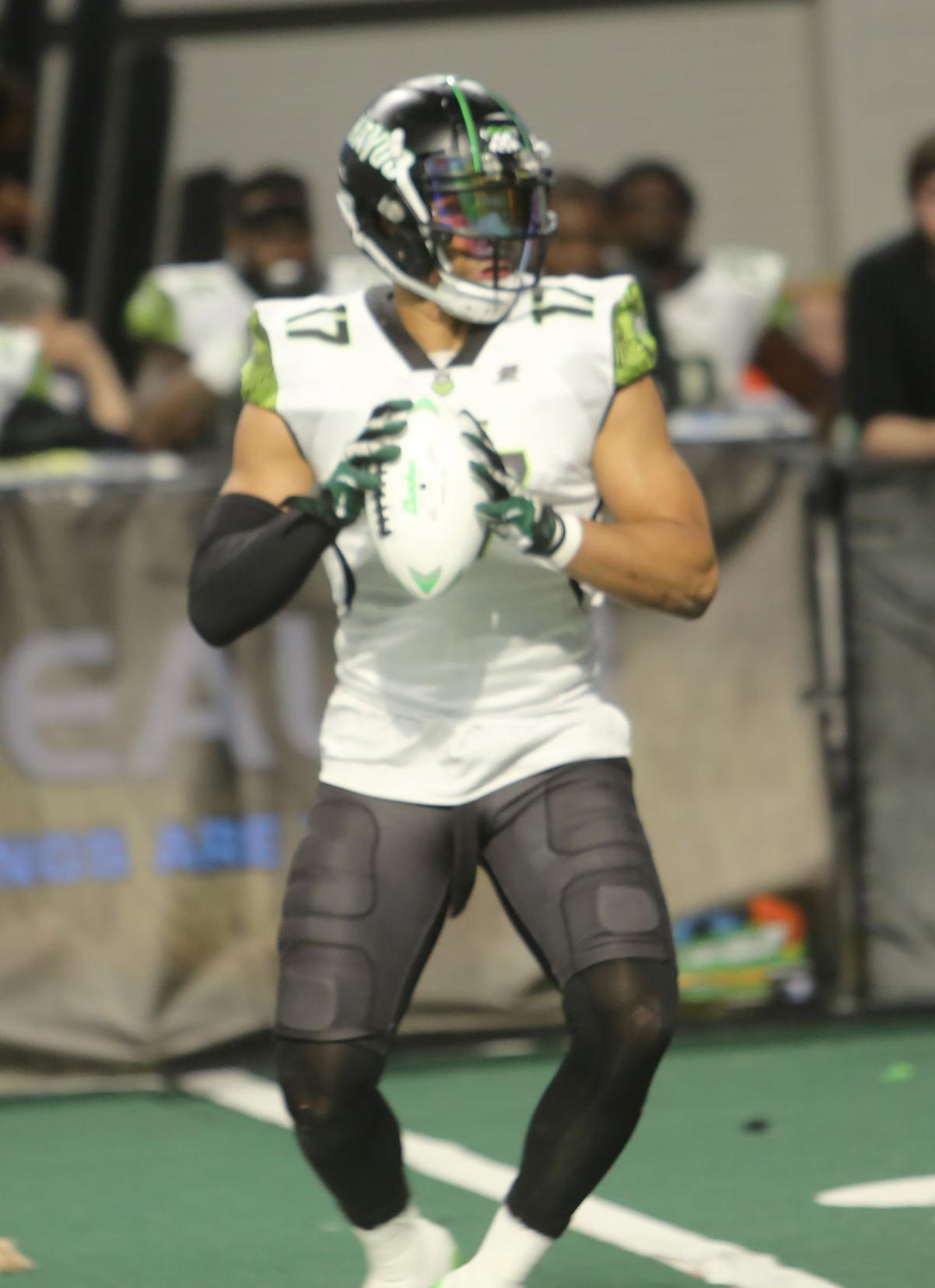 A 72-7 victory over the Carolina Aviators certainly qualifies.

Quarterback Jesse Scroggins threw eight touchdown passes – four to Rashaad Carter – as the Havoc cruised to an easy victory over a non-league foe Sunday at the Florence Center.

The Havoc is now 5-1 overall and has another bye week before hosting the Carolina Predators in an American Arena League contest at 7:05 p.m. on May 11.

“Today we came out and made a statement,” Scroggins said. “We scored (on almost) every drive. That game last week wasn’t us. We came out flat in the second half and we wanted to prove we were a better team than that.

“That’s why we practiced every day this week – no days off.”

The extra work apparently paid dividends, as the only drive the Havoc didn’t score on was stopped short by a fumble.

In the meantime Scroggins found Carter twice in the first 30 minutes and also connected with Martel Moore and Trevante Long on first-half TD passes. The one to Long went for 32 yards and the one to Moore was a 37-yard pass.

Two second-half touchdown passes to Carter went for 35 and 28 yards, respectively, as Scroggins wound up with more than 200 yards through the air.

“We felt in sync,” Scroggins said of his receivers. “(Carter) is one of our leaders. He opened my eyes up and opened up the field for me. They all did. All I had to do was throw the ball to a spot on the field and they would catch it.”

Scroggins also ran for a 2-point conversion and threw two more – one to Moore and another to former Marlboro County standout Tymere Zimmerman. Christian Russell also scored on a 25-yard TD run and subsequent conversion run.

“The protection up front was a lot better than it was the week before,” Yarborough said. “We put a lot of emphasis on protecting the quarterback and we did that today."

The Havoc blew the game open in the second quarter, scoring four times and led 42-7 at halftime.

The defense also had another stellar game. Ethan Farmer collected 5½ sacks and Josh Smith adding another 3½.

The unit also recorded a safety, had three interceptions and Jason Myers returned a fumble 30 yards for a third-quarter score.

“I do feel like the (defensive) line really got after it today,” Yarborough said. “The whole defense showed up in a big way. We needed it. It was a little bit of a statement game. I liked the excitement and the effort we showed up with today.”

FLORENCE, S.C. -- The Carolina Havoc rebounded from its first loss of the season with a 72-7 victory over the Carolina Aviators on Sunday at F…