Read through the obituaries published today in SCNOW. 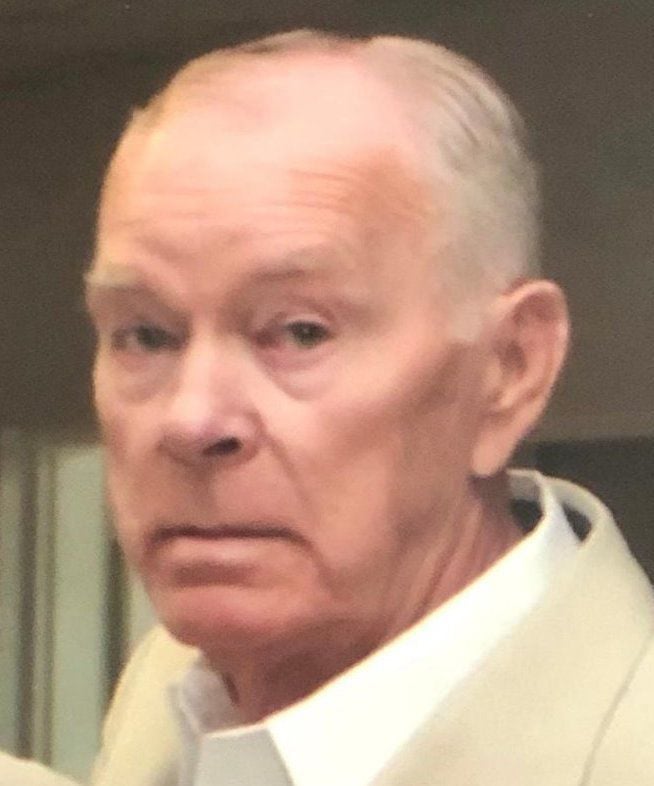 DARLINGTON -- Cecil Ray Blackmon, age 82, a life-long resident of Darlington, SC passed away peacefully at his home on Saturday, June 27, 2020. Cecil, as his friends knew him, was born April 19, 1938 in Darlington, SC and was the son of the late William Francis Blackmon, Sr., and the late Ruby O'Neal Blackmon, both of Darlington and brother to the late William Francis Blackmon, Jr. and the late Patricia Blackmon Huggins, of Darlington. As a boy, Cecil attended Darlington County Schools and as a teenager in 1954, joined the United States Army where he served six years as a Signal Corp Signalman in Alaska and at Fort Bragg, North Carolina. After the Army, Cecil returned to Darlington where he began his employment with Pee Dee Electric Cooperative and retired in 1990 after 27 years with the company. Mr. Blackmon was a charter member of Faith Free Will Baptist Church in Darlington, and the Chapter 11 DAV of Florence, SC. He was a great Eagle Scout Mentor to his grandson, T.J. Byrd and was best known by everyone for his love of home, family, generosity to others and gentle nature. Cecil enjoyed Southern nostalgia, classic cars, music, antiques, and all things made in the United States of America. He was a true patriot at heart. Cecil is survived by his loving wife, Brenda Langley Blackmon of Darlington, their three children, Tony (Kate) Blackmon, Tim (Christie) Blackmon, and Kelley (Tony) Byrd; and their seven grandchildren, William Blackmon, Stephen Blackmon, Kathleen Blackmon DuBoise, Terrha S. Lee, Hali B. Greene, T.J. Byrd and Caroline Byrd Kahn; and eight great grandchildren. Funeral services will be held on Tuesday, June 30, 2020 at 11 AM at Kistler-Hardee Funeral Home Chapel. Mr. Blackmon will be laid to rest at the Florence National Cemetery. Memorials may be made to Faith Free Will Baptist Church, 1309 Lamar Highway, Darlington, SC 29532. Family and friends are invited to sign the online guest book at www.kistlerhardeefuneralhome.com.

Terry Bernard Wright, affectionately known as "Mickey", was born on September 25, 1961 to the late Paul and Geneva Eckles Wright in Florence, SC. He peacefully passed away from this earthly life on the morning of June 25, 2020. Terry was always a people's person, a strong-willed individual, passionate about and protective of his family and the core values he stood for. A star football player while attending Wilson High School, Terry was indeed a sports fanatic. He was an avid Tom Brady and New England Patriots fan; he also loved the Clemson Tigers and Kobe Bryant and the Lakers. Terry graduated from Wilson High with the Class of 1980. Mickey was always a fighter; he was determined to beat a bleak diagnosis of Lymphoma. Terry leaves to cherish his memory three children: Kendris Bernard Gee of Florence, Chiquitta Wright of Gresham, SC, and Geneva (Mondrick) Wright of Florence; two beautiful granddaughters, Ahjane't and Ja'melia Wright both of Florence; two brothers, Leroy Haskell of Eutawville, SC and Paul Wright, Jr. of New Haven, CT; two sisters, Deloris Wright of New Haven, CT and baby sister Zina Wright of Effingham, SC; a niece, Jennifer (Monte) Taylor and a nephew, Justin (Janetra) Ervin of Charlotte, NC; and a host of loving relatives and friends. In addition to his parents, Terry was preceded in death by a sister, Brenda ErvinGraveside Services will be held at 11am on Wednesday, July 1, 2020 at Sunset Memory Gardens, 2615 Alligator Road, Effingham, SC 29541, with Rev. Dr. Ralph W. Canty, Sr., Officiating. Job's Mortuary, Inc., 312 S. Main Street is in charge of arrangements.Online memorials may be sent to the family at: jobsmortuary@sc.rr.com or visit us on the web at: www.jobsmortuary.net.

MARION -- David A Nobles, 78, died Monday, June 29, 2020 at home surrounded by his loving family. A graveside service will be held at 11:00 AM on Wednesday, July 1, 2020 at Little Bethel Baptist Church Cemetery. In an effort to combat the Covid-19 pandemic, the service will be live streamed on the Richardson Funeral Home Facebook page for those unable to attend.Mr. Nobles was born in Marion, a son of Joseph A. and Mary Elizabeth Martin Nobles. He was a veteran, having served in the United States Army. He was retired as Butcher for Food Lion. Mr. Nobles was a member of McMillan Memorial Baptist Church.Surviving are his wife, Wanda Woodberry Nobles of the home; daughter, Tina Sullivan of Marion; brother, Arthur Nobles (Mae); sisters: Esther Godbold, Annie N. Underwood, Betty N. Rowland (Derwood) and Bonnie N. Prevatte; granddaughter, Tiffany McCaskill (Trey); special nieces Melissa Hardy (Buddy), Vicki Humphries (Heyward), and Sharon Anderson (Charles); and special nephew, George Nobles (Tammy); and special family member, Ray Williams (Gina).An online register is available at RichardsonFH.net.