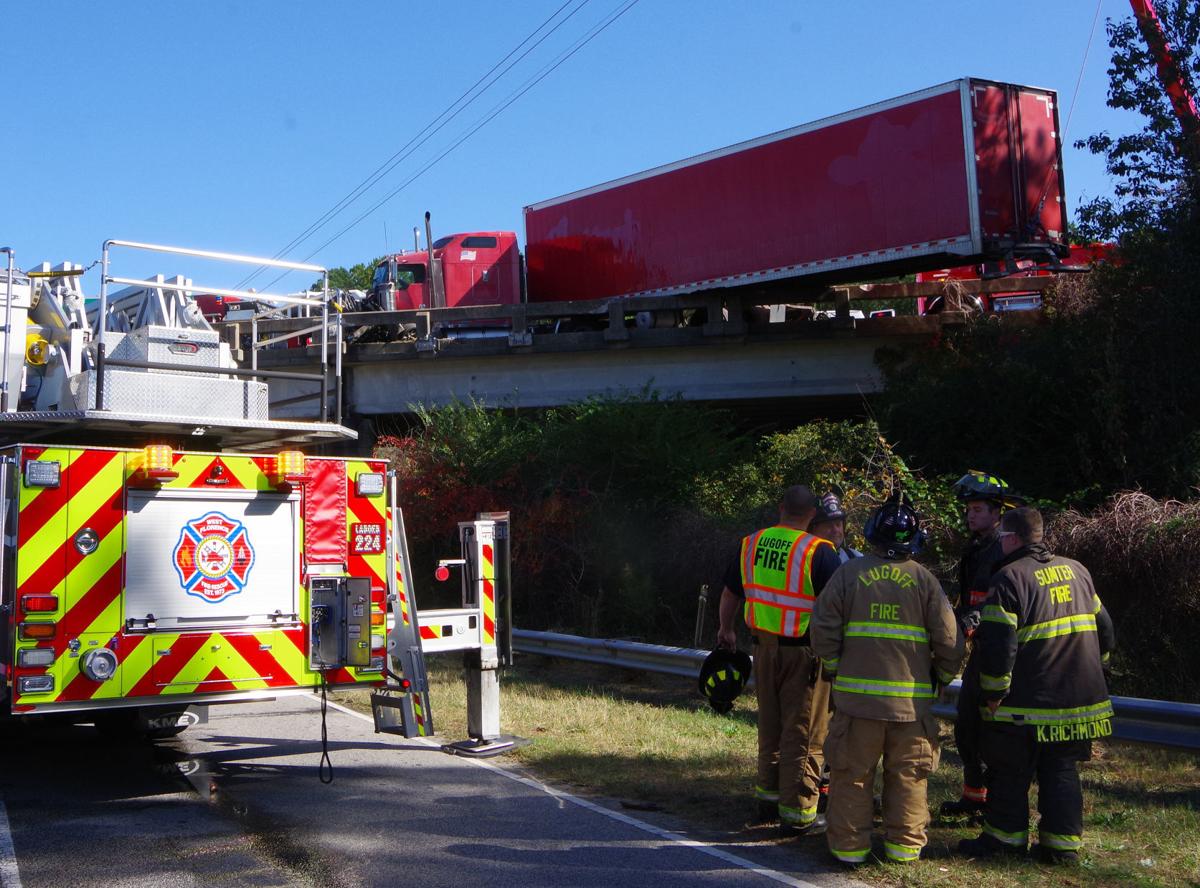 A trailer hangs off the Interstate 95 south-bound overpass of U.S. 76 Saturday afternoon following a multi-vehicle crash that killed three people. 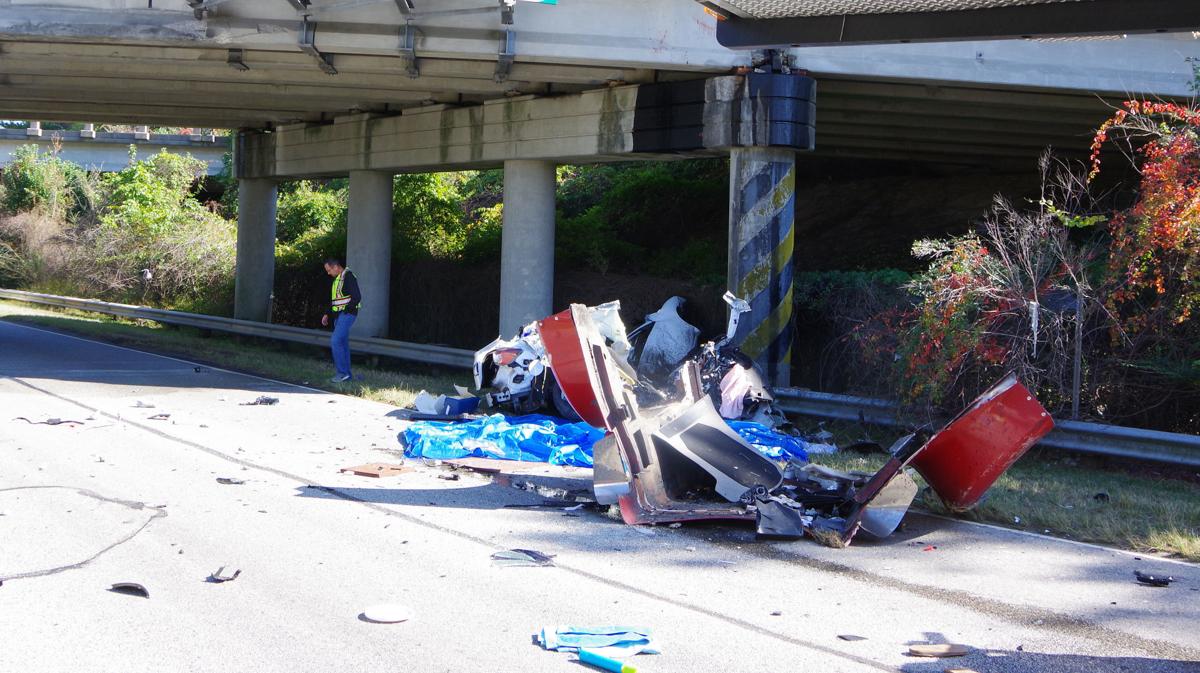 The wreck of a car lies on U.S. 76 under the Interstate 95 overpass Saturday afternoon following a multi-vehicle crash in which three people died.

FLORENCE, S.C. — Three people died and a fourth was flown from the scene of a multi-vehicle crash that started on Interstate 95 southbound and ended on U.S. 76 eastbound between Florence and Timmonsville.

The crash, which happened about 11:30 a.m., involved a tractor-trailer, which remained mostly on the interstate, and a car, which ended up on U.S. 76.

The crash happened when the tractor-trailer, which was north-bound, crossed through the median and into the southbound lanes where it hit, head on, a Mazda car and a Toyota truck, said Cpl. Sonny Collins, South Carolina Highway Patrol.

After the crash, the trailer from the tractor-trailer dangled, unsupported, off the overpass until firefighters and a recovery crew were able to secure it to a tow truck.

Two of the victims were found on U.S. 76. The third victim and the fourth person were recovered from the interstate.

Florence County Coroner Keith von Lutcken said he would disclose the identity of the victims after families were notified.

Traffic was routed around the crash through Interstate 20, Timmonsville and Honda Way.

An official at the scene said the truck's trailer was empty and that the only hazardous material appeared to be diesel fuel leaking from the truck's saddle tanks.

South Carolina Highway Patrol and the Patrol's MAIT team are investigating the crash.

FLORENCE, S.C. -- Here are the Top Stories of 2019 as voted on by our readers throughout the year as they clicked and read.