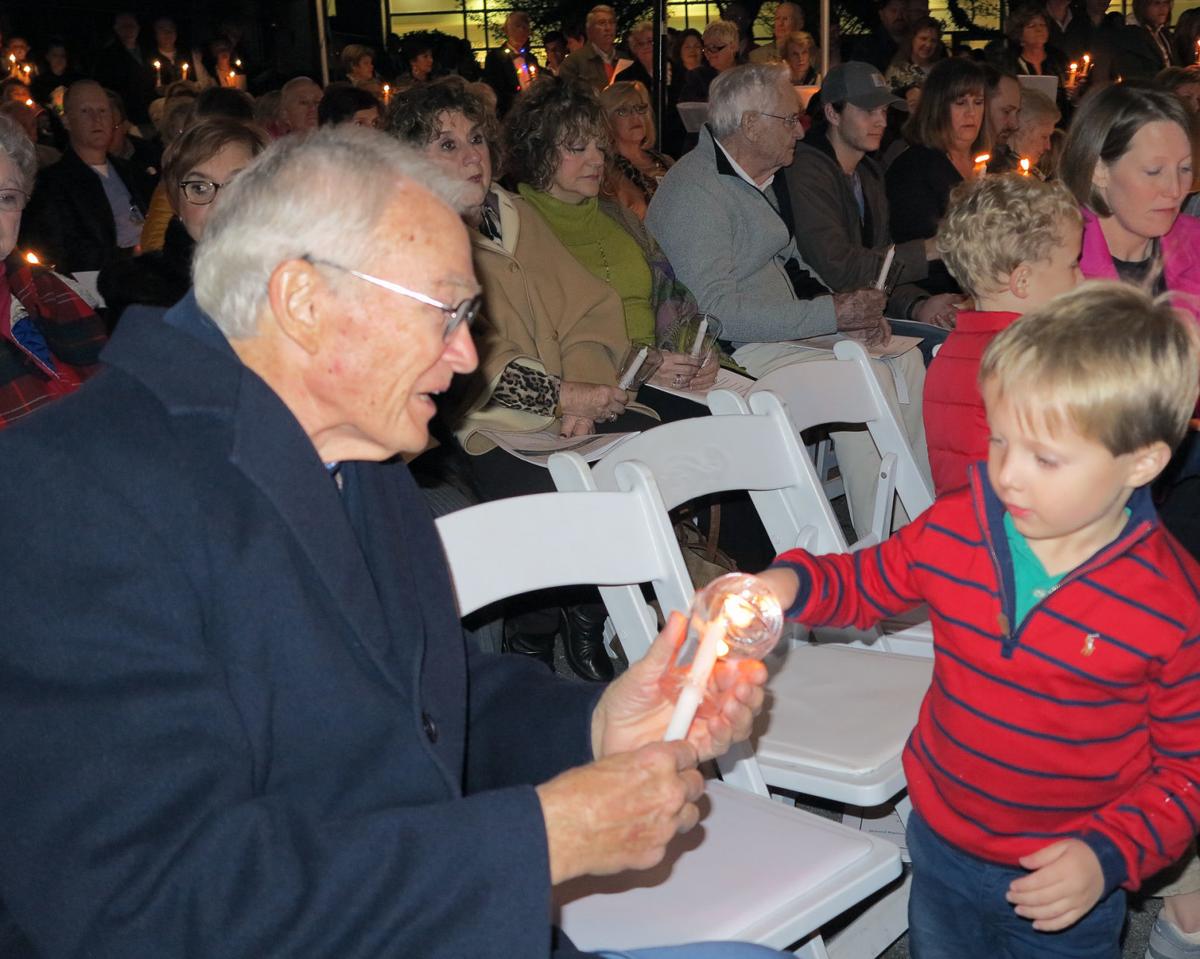 Four-year-old Thomas Eldridge lights Tommy Everett’s candle during the Lighting of the Candles on Thursday night at the McLeod Hospice tree lighting. 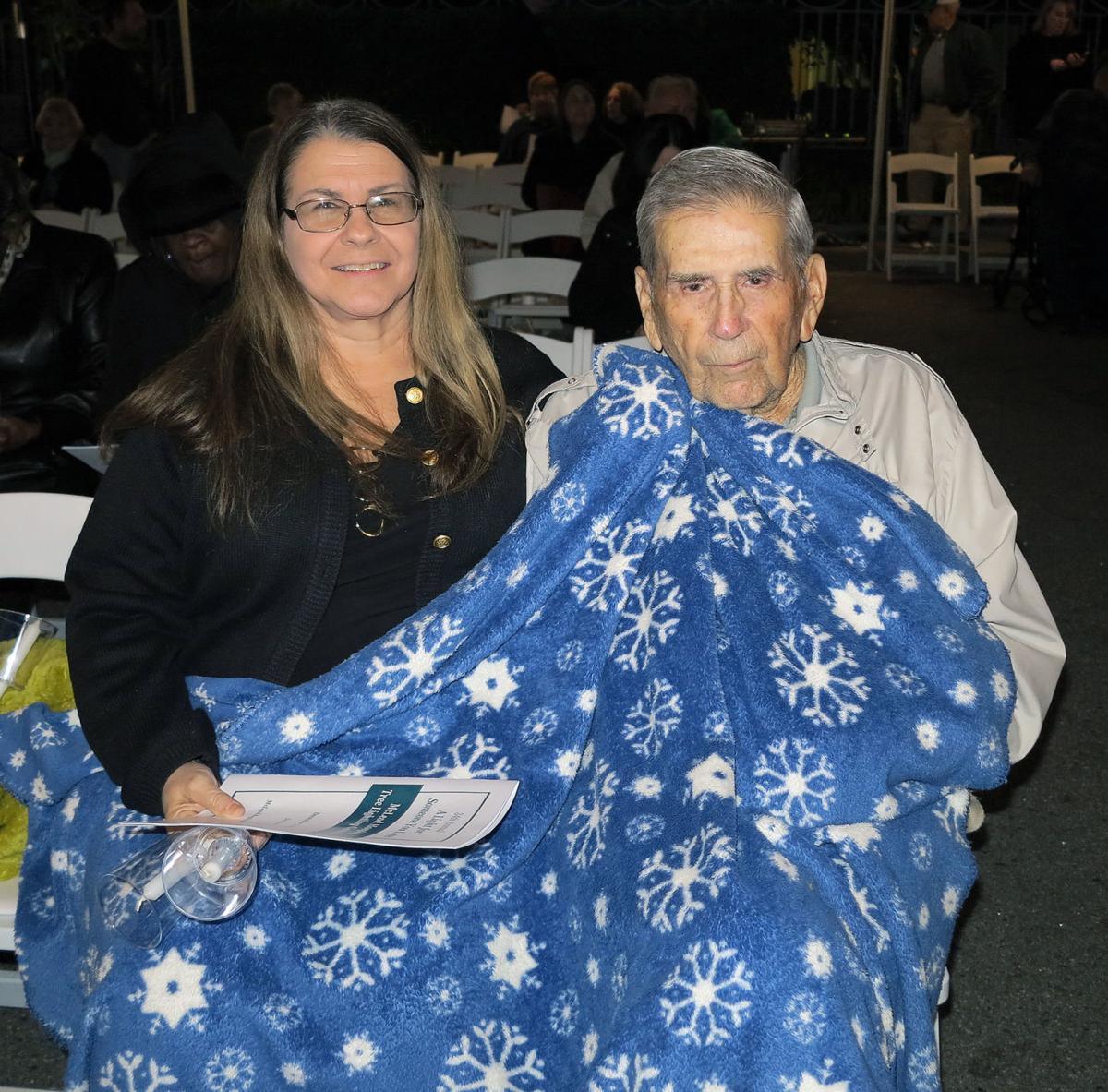 Four-year-old Thomas Eldridge lights Tommy Everett’s candle during the Lighting of the Candles on Thursday night at the McLeod Hospice tree lighting.

FLORENCE, S.C. — The 34th annual McLeod Hospice Tree Lighting ceremony is a time of remembrance and the annual fundraising event that sustains the McLeod Hospice program in the coming year.

“A Light for Someone You Love” tree-lighting ceremony took place in the parking lot near the Cancer Treatment and Research Center at the McLeod Regional Medical Center on Thursday evening.

The fundraiser was the most successful to date, said Roxanna Prezioso, who was in charge of the event.

“This is my last one,” she said. “I have been managing it for 16 years. It is very special for our hospice families and our staff as well. It has been a record-breaking year. More people have responded that ever before.”

Ashley Lucas said this was a great year as a fundraiser, and there were many more donations than the organization has had in a long time.

It was mainly due to the efforts of Roxanna Prezioso, said Joan Harrison Pavy, administrator of McLeod Hospice, who made the award presentation. She said Prezioso has dedicated years to making this happen.

“She is a class act,” Pavy said. She said Prezioso never got tired of raising funds.

Marie Saleeby, senior vice president at McLeod Health, said the lights on the trees are a way of giving people hope and are a reminder of cherished memories of their loved ones.

Dr. Tarek Bishara, a member of the McLeod Health board of trustees, said it wasn’t until his mother was admitted to hospice care that he truly learned the importance of hospice care.

“Mother was the center of our family,” he said. “She told me how she was made to feel comfortable and at peace.”

He said it was a tremendous relief for his family to know that she was being well cared for at McLeod Hospice. He said it provided her with comfort, peace and dignity in the end.

Dorota Czarnocki, a cancer survivor, attended the event. She said the tree lighting means a lot to her. She said her husband died 15 years ago and was under hospice care.

“I have been supporting the cause for years and now my son and grands have lit a light for me,” she said.

Herbert Bridgman was attending with his daughter, Ellen Black. He is a cancer survivor since 1992. He and his daughter were at the ceremony in memory of his wife, Carolyn Bridgman, who died in 2016. She was in hospice care. Black said McLeod Hospice took good care of her mother.

Corey Dixon of Florence brought his son, Caden, to honor the memory of pastor Jerry Woods, who died in 2018. The pastor’s wife, Phyllis Woods, was also there. She placed a light on the tree in his memory.

Georgette Falcone was at the event with her sister-in-law, Phylis Falcone.

“It is my first time here,” Georgette said. “I lost my husband two years ago.”

She said her husband, mother and mother-in-law were helped by hospice.

“They were very helpful, no matter what I needed,” she said. “It could have been in the middle of the night. When he got here he was very well taken care of.”

“I have always wanted to come to this,” Phylis said. “I had no idea it would so elaborate.”

One of her sons said this was his mother’s favorite time of the year and he knew she had attended tree lightings in the past.

“Mother would be very pleased that we are here,” he said. He encouraged those attending to take time this Christmas season to remember their loved ones.

Ashley Taylor, accompanied by Dr. Lynn Clary, sang during the ceremony. Glenn Carter, chaplain at McLeod Hospice, spoke during the lighting of the candles and pastor Michelle Law-Gordon gave the closing prayer.

“The Light for Someone You Love” program is sponsored by the McLeod Health Foundation to directly fund items needed for the McLeod Hospice House, to help patients remain comfortable in their homes, provide bereavement care for families being served as well as others in the community, and to offer a grief camp for children, Camp Jessie’s Kids.