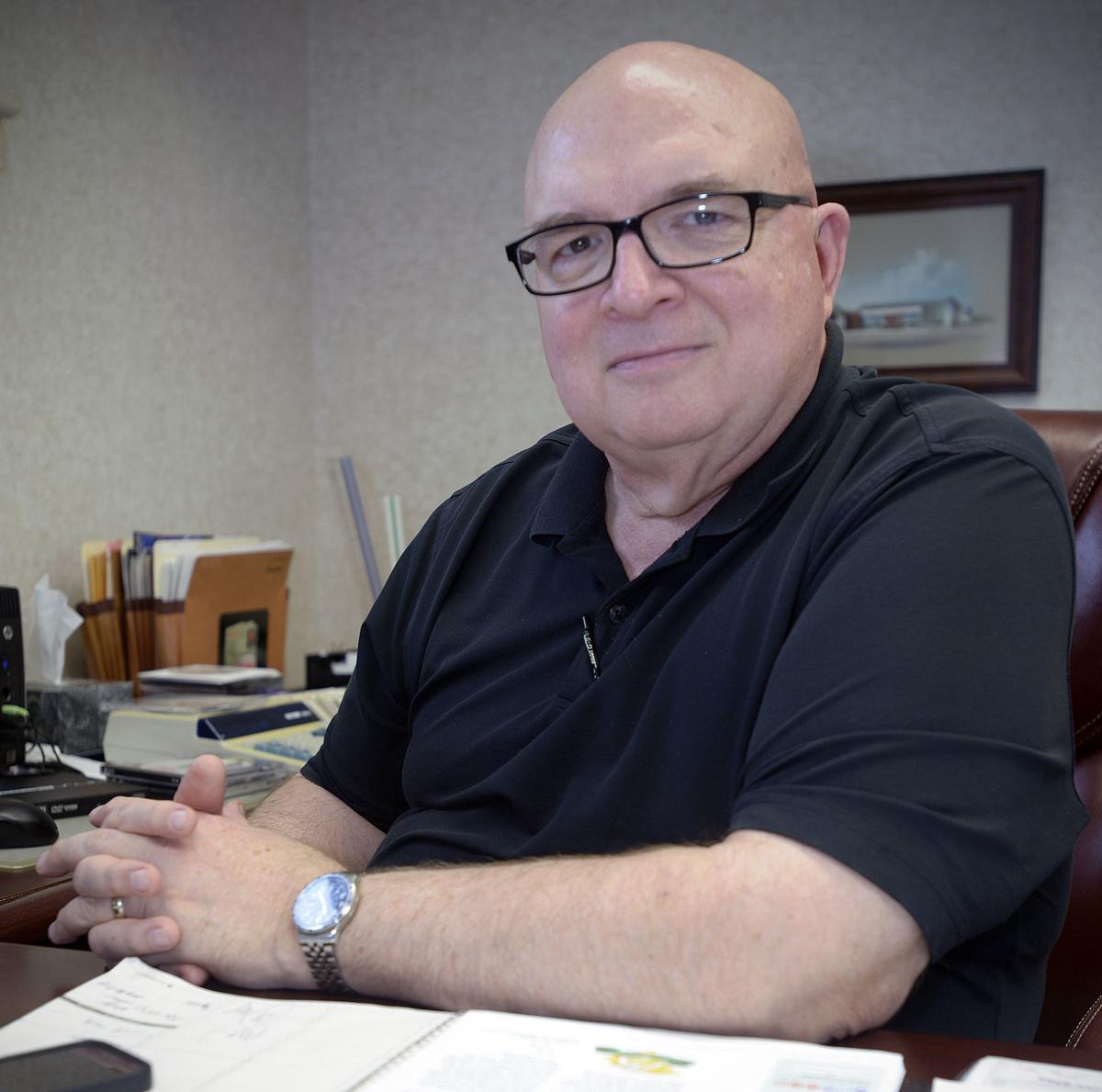 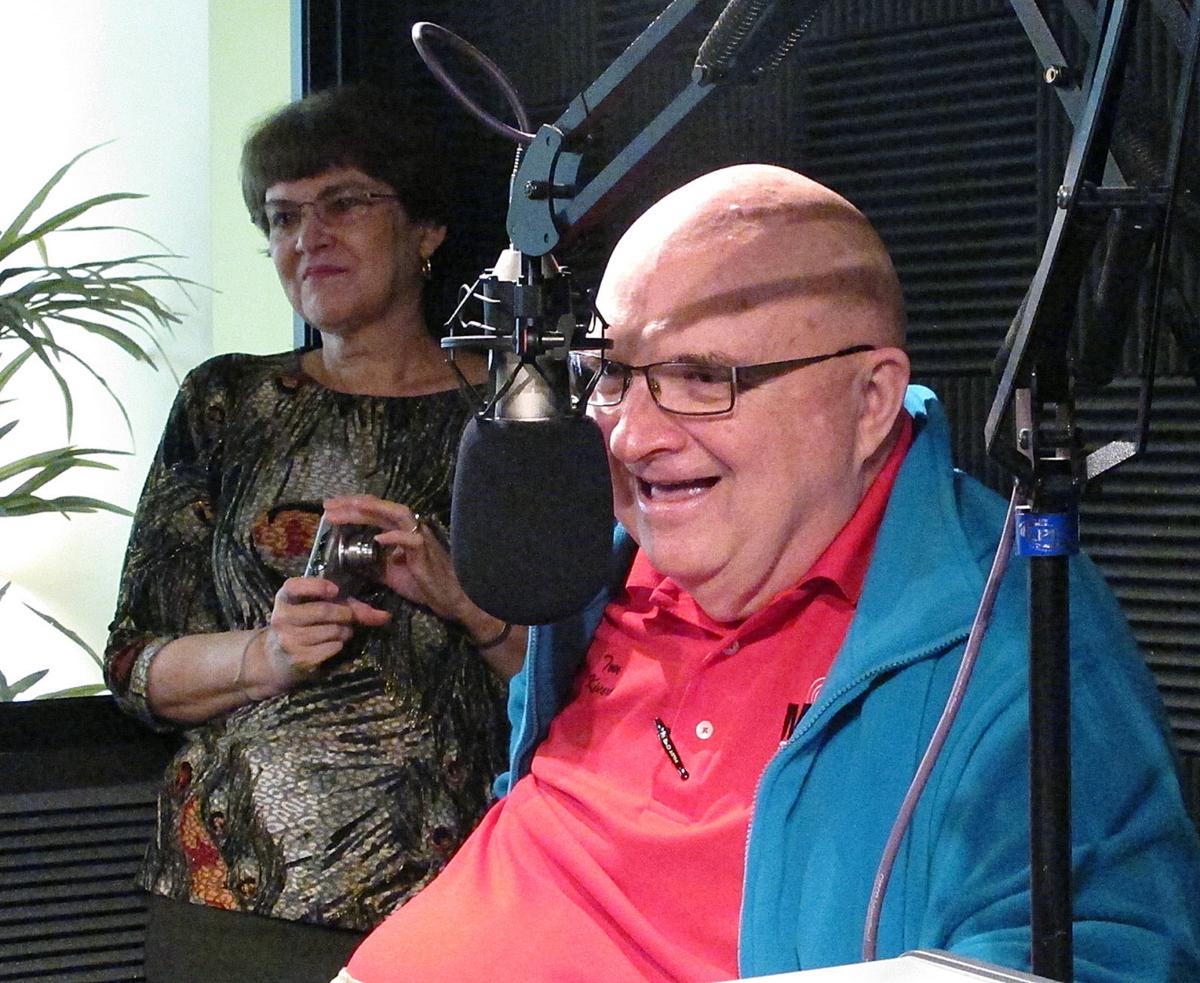 Tom Kinard, longtime host of the "Kinard N' Koffee" radio show, at Miller Communication's headquarters in Florence is with his wife, Tilly, on the day he retired from broadcasting after nearly 50 years in the business. 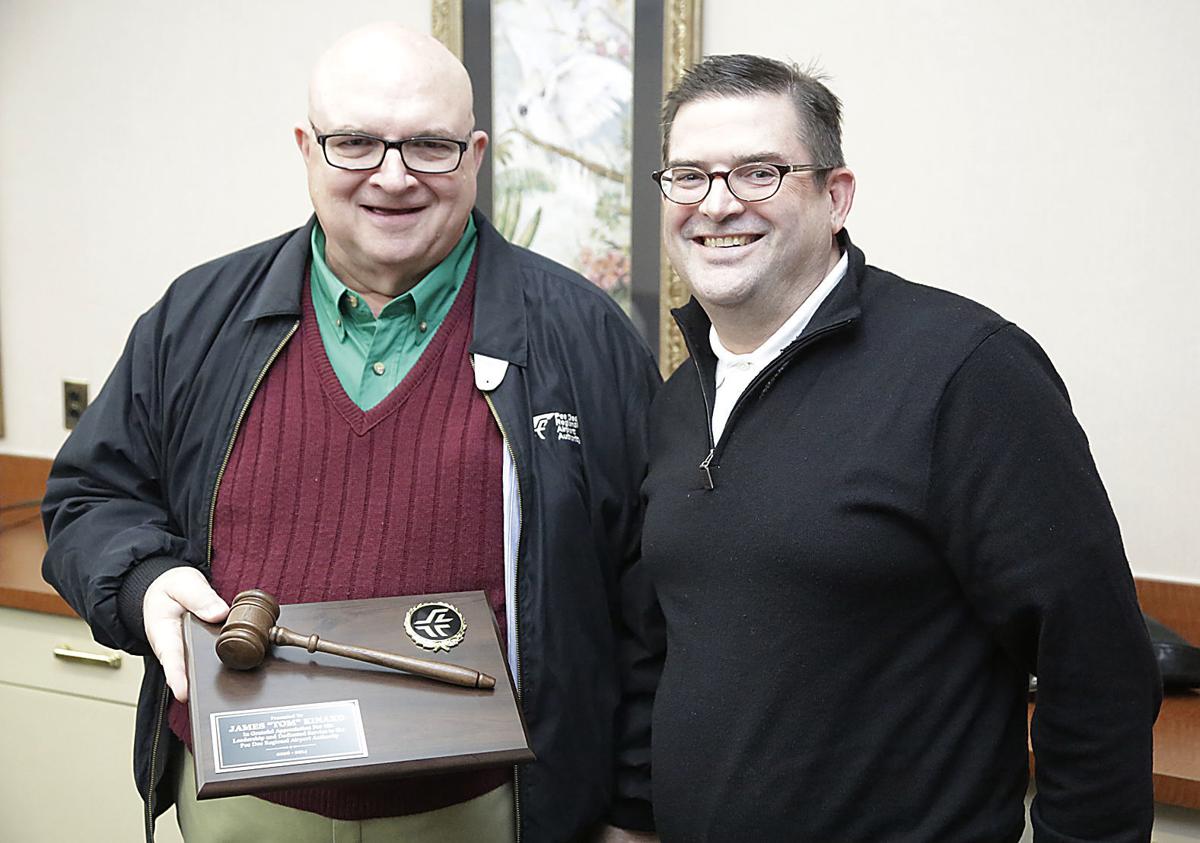 Board member Tom Kinard, left, accepts a plaque from board Chairman Norwood Bonnoitt to honor his years on the board during the Pee Dee Regional Airport Authority monthly meeting, on Wednesday, Nov. 19, 2014. Kinard ended his two-term tenure.

Tom Kinard, longtime host of the "Kinard N' Koffee" radio show, at Miller Communication's headquarters in Florence is with his wife, Tilly, on the day he retired from broadcasting after nearly 50 years in the business.

Board member Tom Kinard, left, accepts a plaque from board Chairman Norwood Bonnoitt to honor his years on the board during the Pee Dee Regional Airport Authority monthly meeting, on Wednesday, Nov. 19, 2014. Kinard ended his two-term tenure.

He graced the airwaves for nearly 50 years.

He is probably best remembered in the Pee Dee for his local radio show “Kinard N Koffee” on WJMX and WSIM.

“He was the ‘Voice of Florence’ for many years,” said Dan E. Lockemy, a friend and former colleague. “He had such a welcoming and soothing voice.”

“I’ll never forget his laugh and voice,” said Cecil Chandler, who worked in radio with Kinard during the ’60s. “You could always recognize his voice. He had a great voice and personality.”

Chandler said Kinard was just a “super guy, one of a kind and dear friend.”

Chandler said you don’t find many good friends, and that you can count your best friends on one hand.

“He was one of my best friends,” Chandler said.

Only last week, Chandler said, he received a message from Kinard with a picture of Kinard and his wife, Tilly, saying they would be celebrating 49 years of marriage on Feb. 12.

Chandler said they got married in 1971 when Kinard was working for “Big Waves” in Charlotte, North Carolina. Chandler said “Big Waves” paid for Kinard and his wife to honeymoon on an island off Tampa.

“I was going to mention his anniversary on TV Monday,” Chandler said.

They were the same age, he said. Chandler will be 72 in March.

Chandler said Kinard would call him from his radio show every year on March 1 and wake him up to wish him a happy birthday.

“Tom and I worked together for about three years before he went to ‘Big Waves’ and I went to WCOS,” he said.

“It was a shock,” Lockemy said, to hear of Kinard’s death. “It is a shock when someone of his stature passes away. You never get over it.”

Lockemy remembers Kinard as a “friend and mentor.”

“I looked up to Tom Kinard,” he said.

Lockemy said they became friends when he joined Kinard at WJMX on the radio in 1990. He said at that time Kinard had the hit morning show on the AM side called “Kinard N Koffee.”

“He was a wonderful guy,” Lockemy said. “He was very personable. He was the ultimate radio announcer.”

Lockemy said that when Kinard had guests on his show, he never made them feel like it was an interview but more a conversation they were having.

An obituary for Kinard says he interviewed “countless people from presidents and actors to musicians and authors. His heart, though, was always with interviewing local people about events relevant to the Pee Dee.”

Lockemy said Kinard loved music. They both had a genuine love of beach music.

“He did a lot of public-service events,” Chandler said. Kinard was a big supporter of community events and always got them on the radio.

He was manager of business development at Pee Dee Electric Cooperative.

“Pee Dee Electric was blessed to have Tom with us so many years,” Katie W. Wilcox said in a written statement Saturday. “The community loved him, and he loved our community. He will be missed dearly by his PDEC family.”

Kinard received numerous awards during his lifetime, including the national Marconi Award for Broadcasting, the Order of the Palmetto, Masters Award from the South Carolina Broadcasters Association and Best of the Pee Dee, and the Jimmy Newsom Signature Award from the Darlington County School District.

He was known for his work with the Florence Little Theatre, including the play “Here’s Love.”

For many years, he shared the “Story of the Other Wise Man” as part of the FLT Christmas Show at many churches, civic organizations and on WPDE.

He was a member of the Florence Rotary Club and First Baptist Church and served on numerous boards, among them the Florence Airport Commission.

Kinard was a longtime supporter of education, having served on the Board of Visitors of Coker College and the Lander University Board of Visitors. He was also past president of the Pee Dee Educational Foundation.

He attended Columbia Military Academy and the University of South Carolina. He went into radio broadcasting and worked at stations in Augusta, Georgia; Charlotte, North Carolina; and Florence. In Florence he worked for WOLS and WBTW-13.

Kinard and his wife, Linda “Tilly” Pattilo Kinard, made their home in Florence. They had one daughter, Kirsty Kinard Crick of Conway, and two grandchildren.

Stoudenmire-Dowling Funeral Home in Florence is in charge of funeral arrangements.

The family will receive visitors at Stoudenmire-Dowling Funeral Home on Monday from 5-8 p.m.