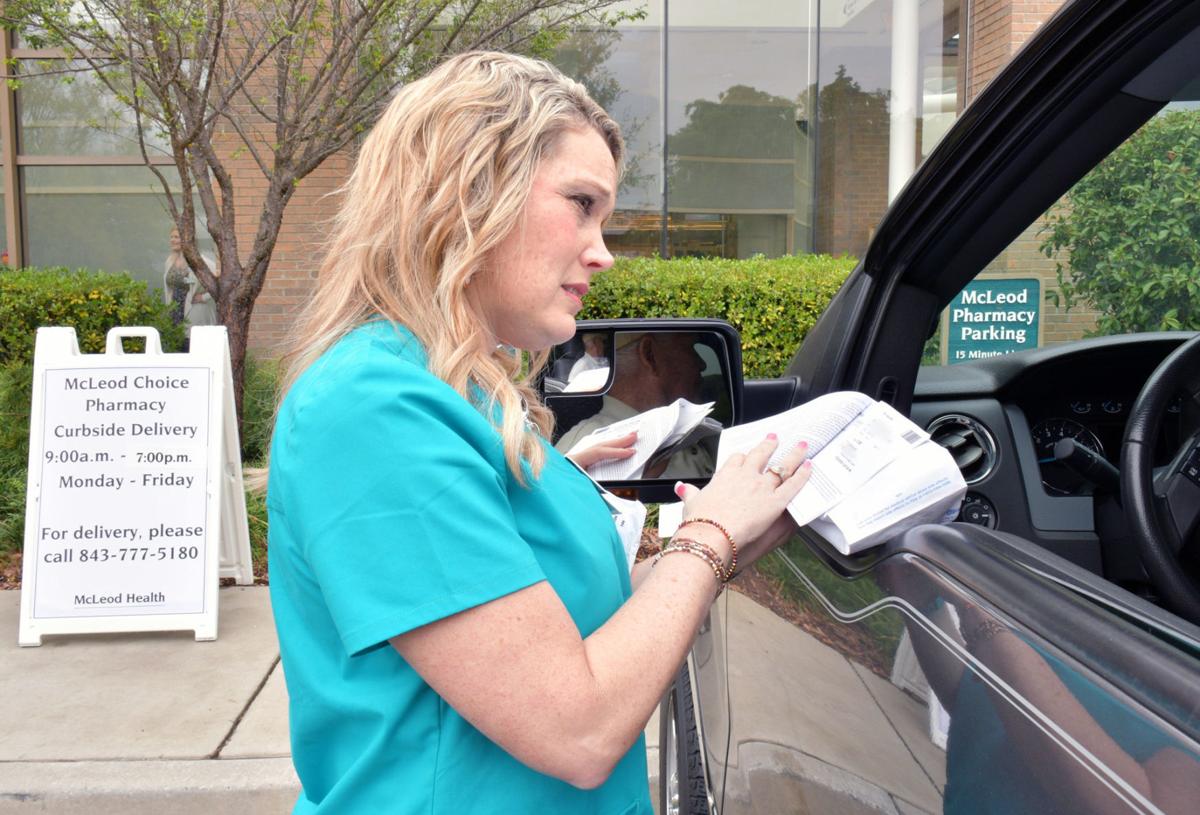 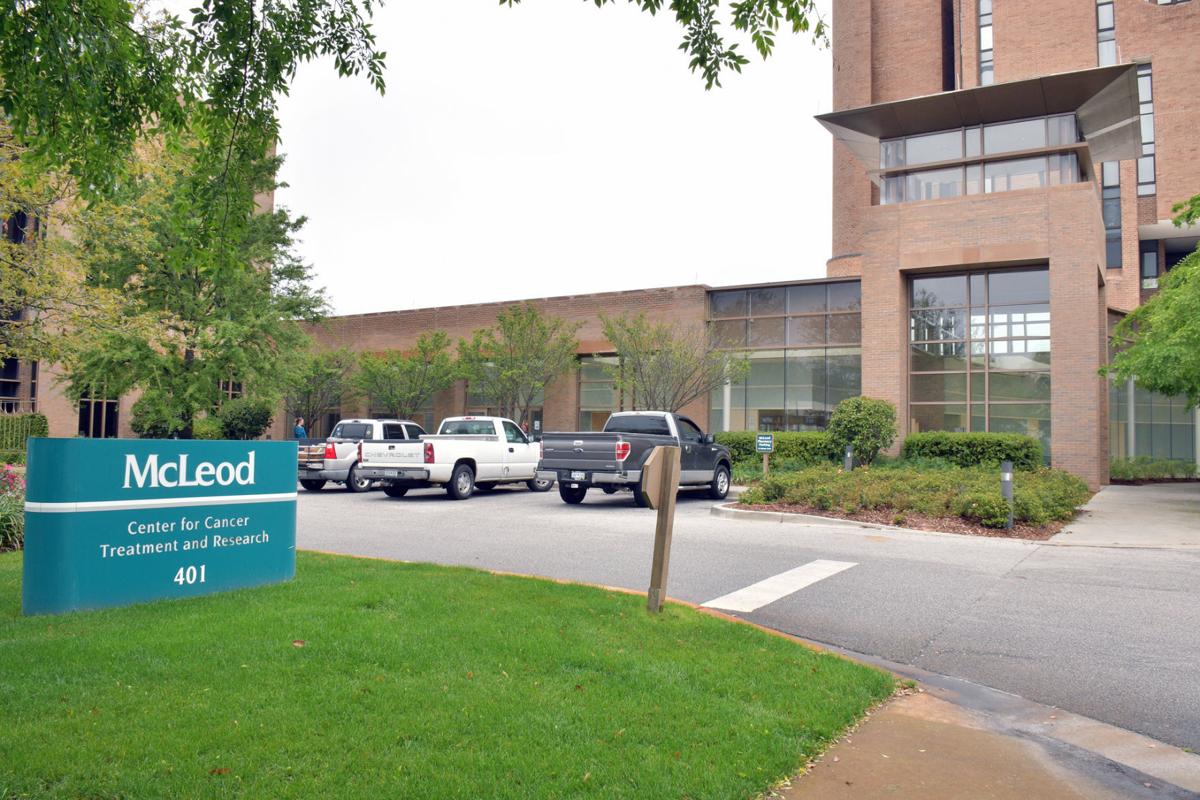 The McLeod Choice Pharmacy is on the McLeod Concourse at McLeod Regional Medical Center between the McLeod Cancer Center and the McLeod Tower. Designated parking spaces are in front of the pharmacy. 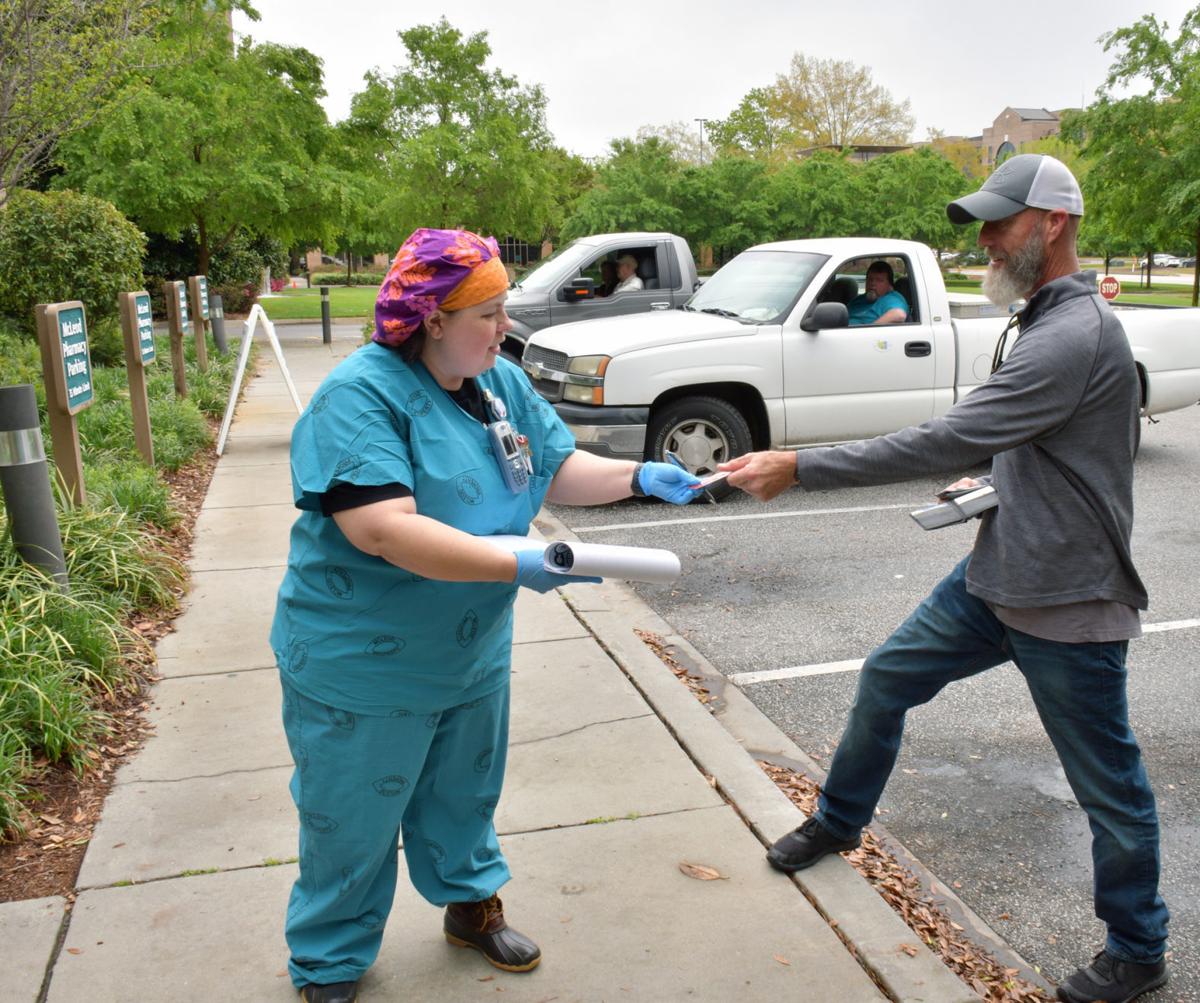 Kevin Isgett hands Christy Fraley his debit card for payment of his prescription. 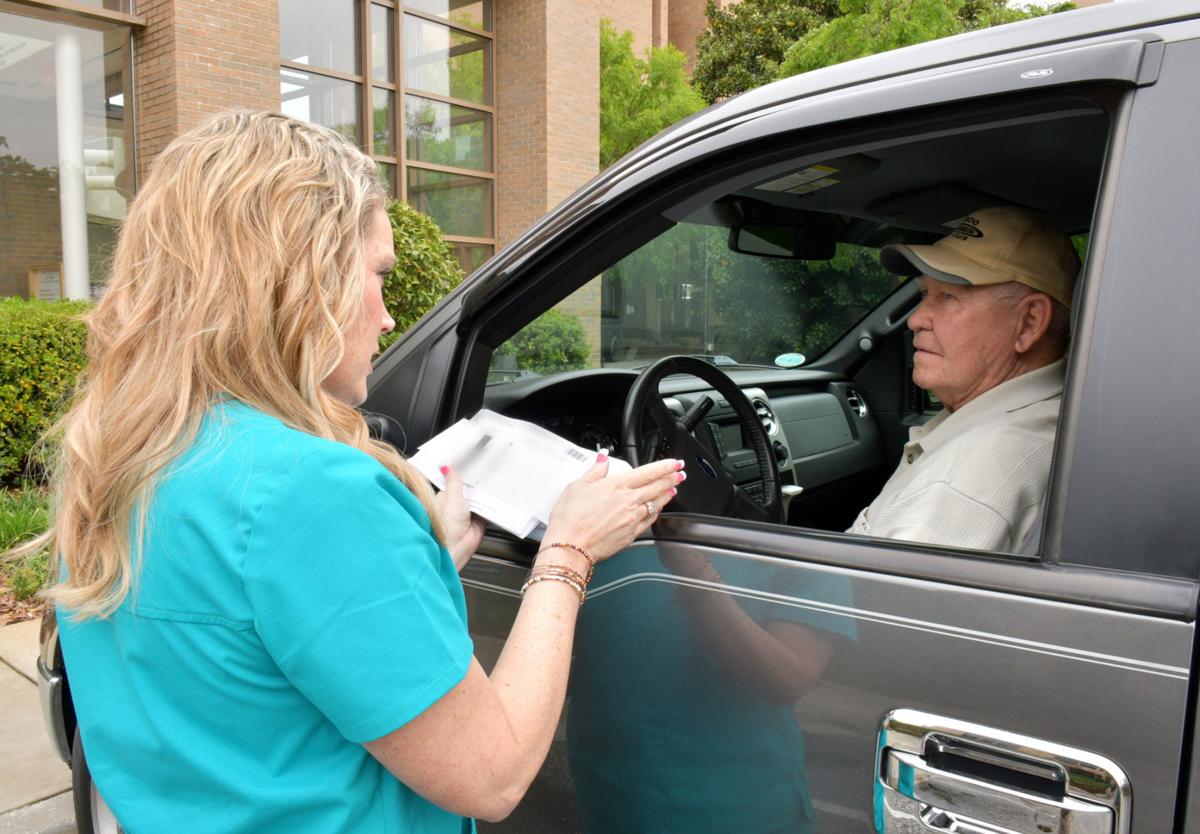 Kim Reich consults with Heyward Miller on his wife’s prescription to answer any questions the Millers may have.

The McLeod Choice Pharmacy is on the McLeod Concourse at McLeod Regional Medical Center between the McLeod Cancer Center and the McLeod Tower. Designated parking spaces are in front of the pharmacy.

Kevin Isgett hands Christy Fraley his debit card for payment of his prescription.

Kim Reich consults with Heyward Miller on his wife’s prescription to answer any questions the Millers may have.

FLORENCE, S.C. — The outpatient pharmacy at McLeod Health has begun curbside pickup and delivery of prescriptions.

McLeod Choice Pharmacy is open from 9 a.m. to 7 p.m. Monday through Friday for curb service and is on the McLeod Concourse with designated parking spaces right outside.

Kim Reich, PharmD, director of the McLeod Outpatient Pharmacy, said the curb service began on Monday with more than a hundred people taking advantage of the service. She said the pharmacy wanted to make prescriptions available to people without them having to come inside and potentially exposing themselves or others to the coronavirus.

Reich said McLeod pharmacy runners are out front ready to take prescriptions and to drop off orders when ready. People can also drop off a prescription and wait for it to be filled or come back later, Reich said.

Runners take orders to employees/patients in their cars.

“Our guys will do the leg work,” Reich said.

She said staff members will have iPads so people can pay with credit cards at their car.

McLeod Pharmacy Runner Christy Fraley, RN, said, “There are many benefits to the McLeod Outpatient Pharmacy Curbside Delivery such as less contact from person to person, ability to keep adequate distance, and less time in an enclosed environment which helps decrease the spread of the virus.”

In addition to filling prescriptions, the employees and patients can give the runner a list of over-the-counter medications such as Tylenol or vitamin C, and they will do the shopping for them and take it to the car as well.

Reich said there was a lot of positive feedback on the first day. The pharmacy served 117 people and didn’t start until about noon. She expects that number to increase as the week progresses.

Reich said it is not necessary for people to already be getting prescriptions filled at the pharmacy to use the curbside service.

The pharmacy is beside the Cancer Center, and Reich said cancer patents benefit, too. Their prescriptions can be taken to them.

“This is something that is working well,” Reich said. “These are some of our most vulnerable.”

This also applies to in-patients who are being dismissed with prescriptions.

“Whatever will keep me safe and the people around me safe is a great and positive thing for our community,” said Kevin Isgett.

“The service that McLeod Outpatient Pharmacy is offering is wonderful,” Heyward Miller said. “They were so kind and delivered my wife’s medicine to my truck very quickly.”

Reich said that during a normal month the pharmacy fills more than 30,000 prescriptions and serves 4,500 patients/employees.

Reich said the pharmacy does compounding and will start this week to compound hand sanitizer since it is in such high demand and short supply. She said it will be available for employees and she hopes to have some for patients, too.

People can also call 843-777-5180 prior to going to the pharmacy and the staff will have their prescriptions ready to take out to them.