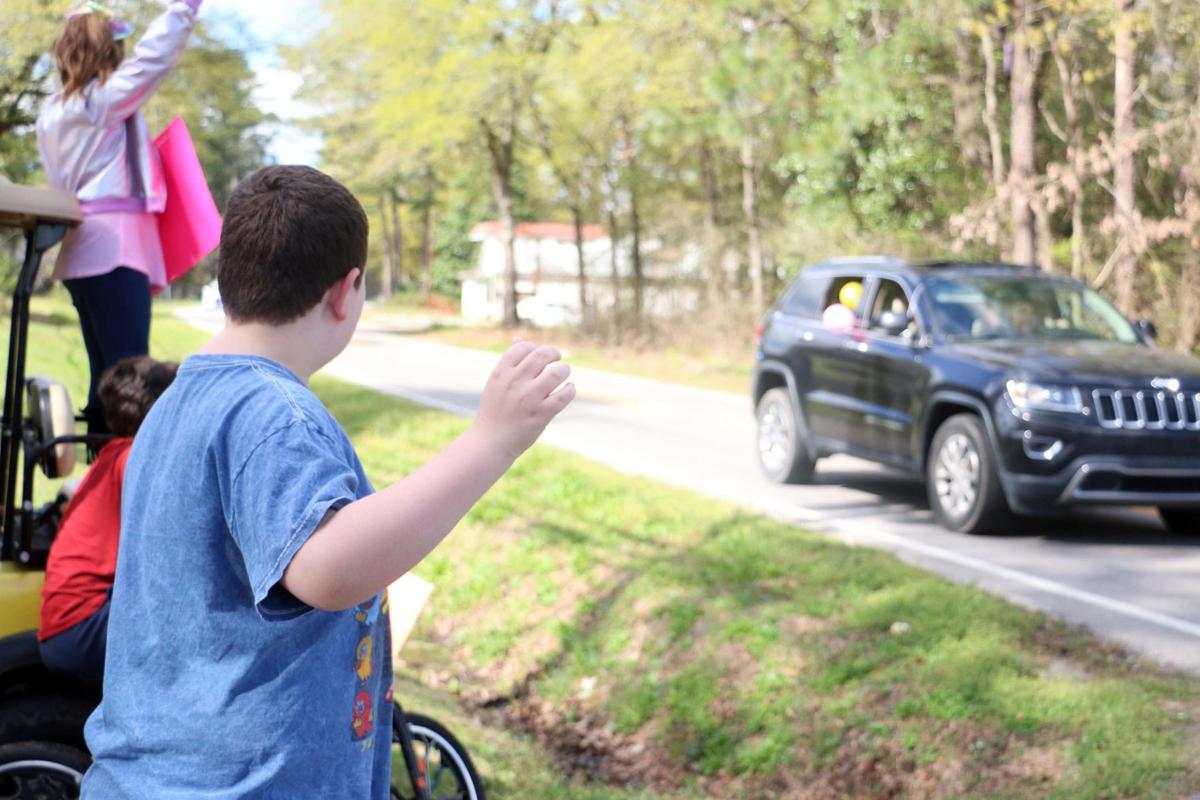 Mason Bellamy, fourth-grade student at Lester Elementary School, waves to teachers in the parade on Wednesday. 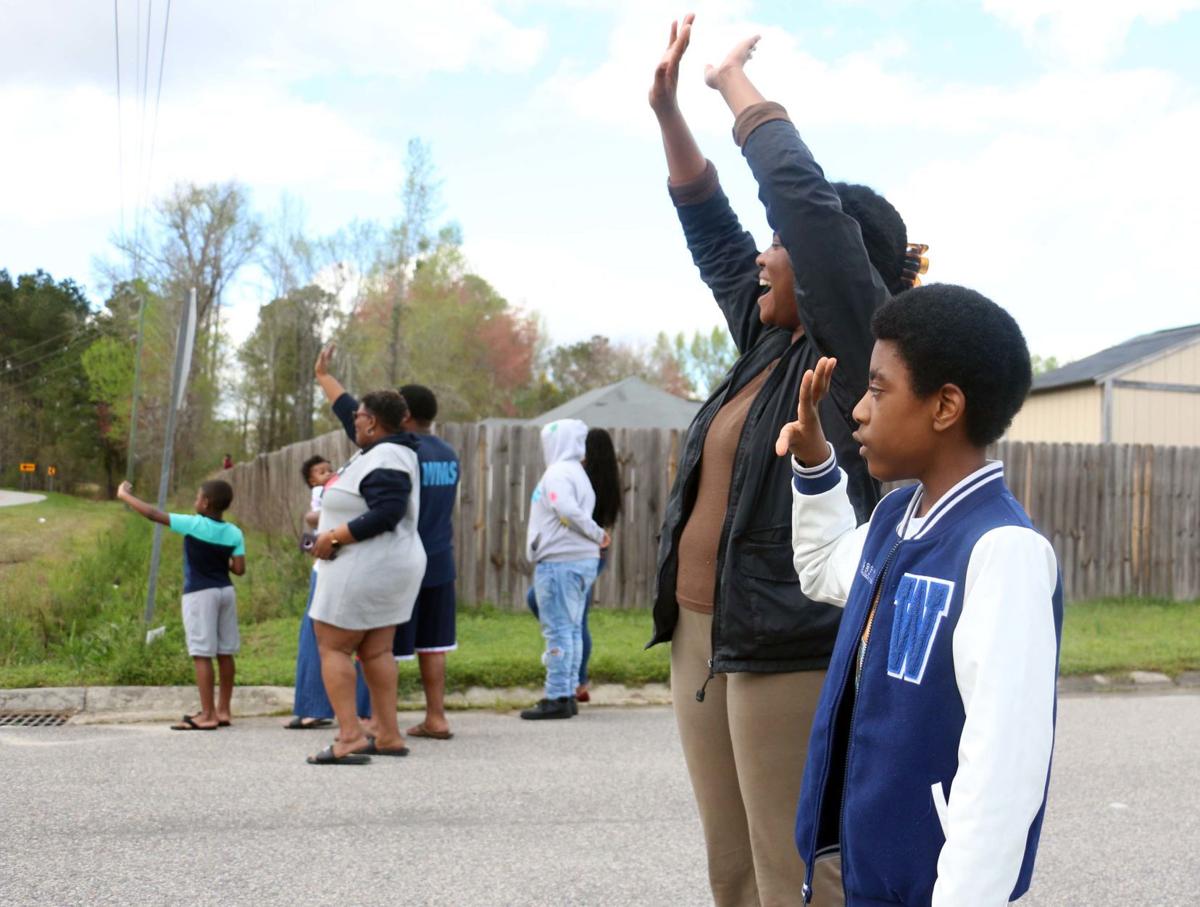 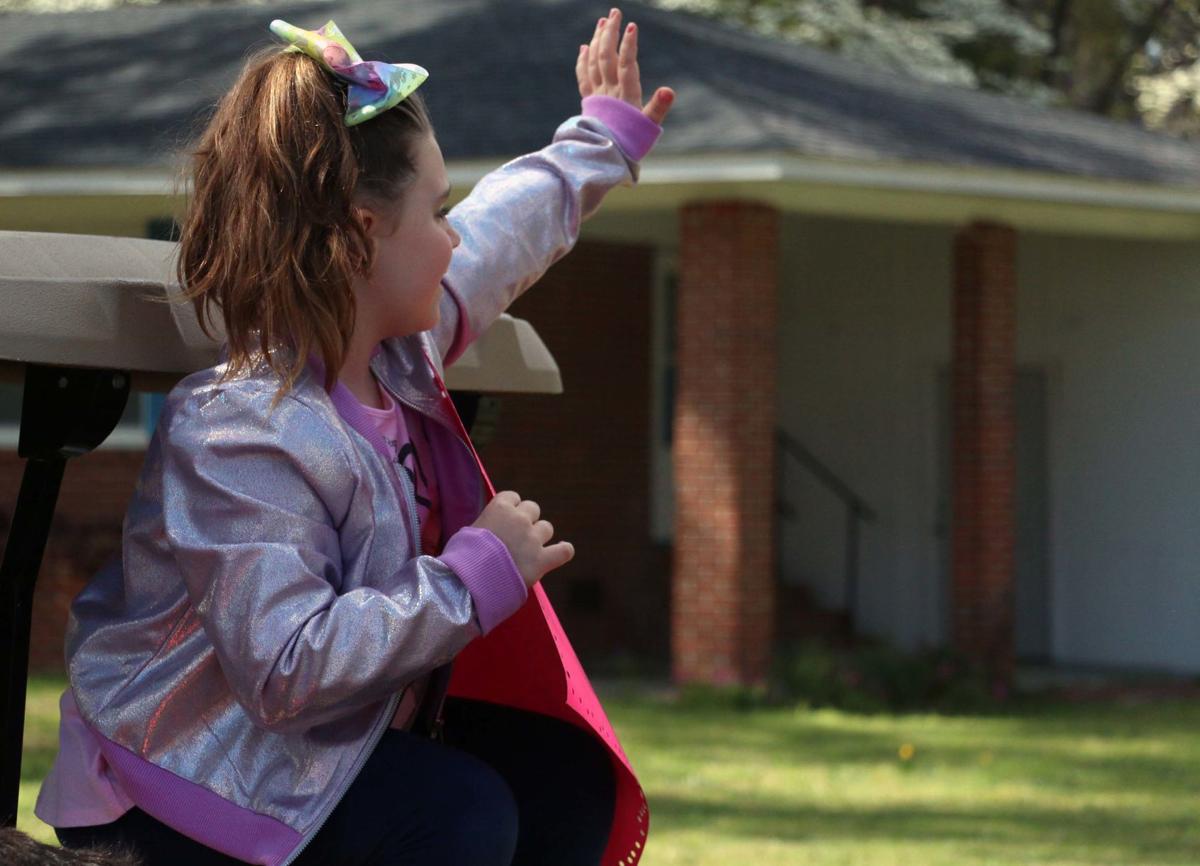 Second-grader Lily Isgett waves at Lester Elementary School teachers as they pass by in the Wednesday afternoon parade. 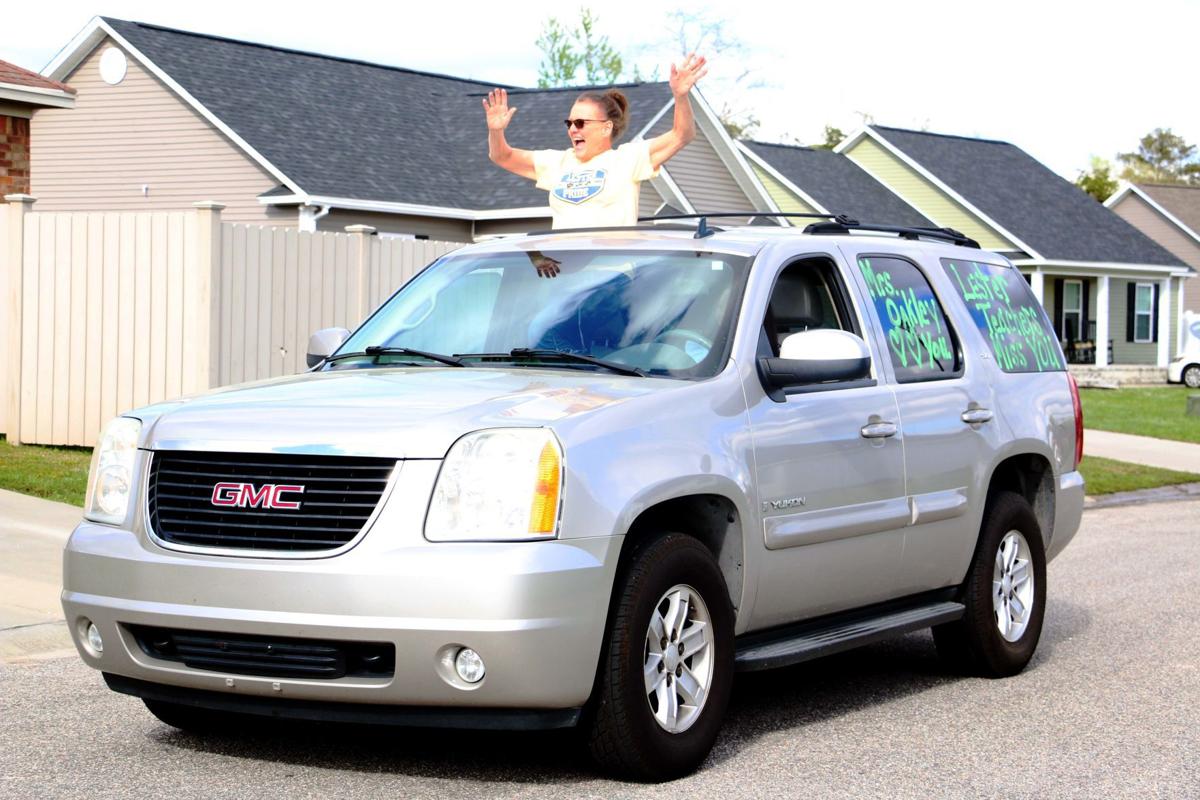 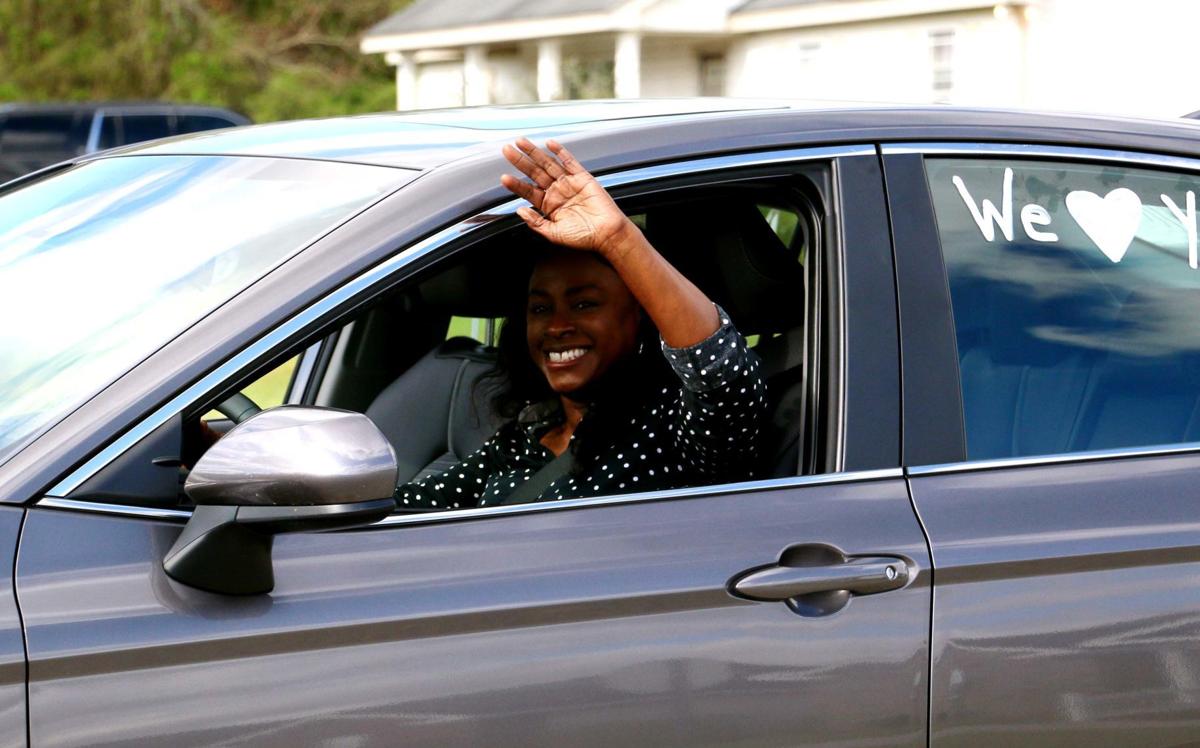 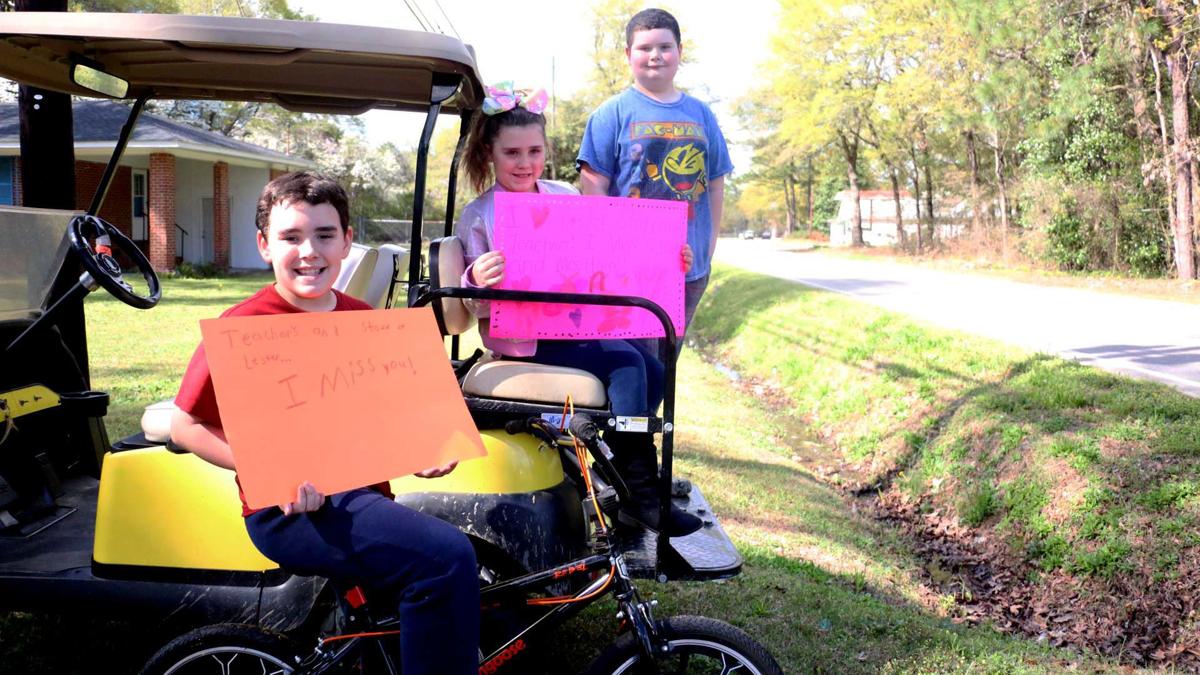 Dalton Isgett, Lily Isgett and Mason Bellamy, left to right, wait for the Lester Elementary School parade to pass through their neighborhood Wednesday. 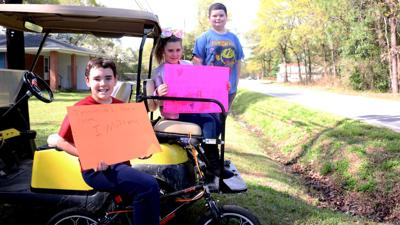 Mason Bellamy, fourth-grade student at Lester Elementary School, waves to teachers in the parade on Wednesday.

Second-grader Lily Isgett waves at Lester Elementary School teachers as they pass by in the Wednesday afternoon parade.

Dalton Isgett, Lily Isgett and Mason Bellamy, left to right, wait for the Lester Elementary School parade to pass through their neighborhood Wednesday.

FLORENCE, S.C. — Teachers and staff members of Lester Elementary School paraded through neighborhoods Wednesday to tell students they are missed.

South Carolina schools are closed because of the coronavirus.

Lester Elementary is one of several schools across the Florence One district to hold such parades.

Wednesday afternoon after the eLearning day was finished, nearly 30 faculty and staff members parade through students’ neighborhoods honking and waving to their students as they passed through. Several of the teachers had encouraging messages painted on their car windows or written on signs that they hung from their windows.

The Windy Hill Fire Department truck and Florence County Sheriff’s Office cars sounded sirens from several blocks away, alerting students to come out for the parade.

Schools closed on March 16 for the rest of March as a result of an executive order from Governor Henry McMaster. On Tuesday, McMaster said it was likely the schools would stay closed through April.

Emily McKoy, fifth-grade teacher at Lester Elementary School, said receiving the news that the schools will be closed was gut wrenching.

“You put so much time into building these relationships with these kids, and then all of a sudden you can’t see them anymore,” McKoy said. “It really just hurts your heart.”

Though the schools will be closed at least through April, McKoy said she was excited to get to see students during the parade because she misses her students and wants them to know she still cares about them.

“I’m just really excited to see schools that are doing this and getting out there into the community,” McKoy said. “I know that Lester isn’t the only school that is doing this. So, I’m really proud of Florence One for all of their efforts in getting the kids still learning and still involved with their teachers.”

Not having students in the school has been terrible, said Janette Williams, principal of Lester Elementary School.

Williams said the teachers miss being in the schools and are working harder now that they are doing eLearning, and the students miss seeing their teachers.

“Children are not all excited to be home,” Williams said. “They miss their teachers. They miss their friends. ELearning is great, but there’s nothing like direct contact.”

With the addition of another month of eLearning, the district will implement new resources and supports for teachers, Williams said.

Some of those supports include adding new program for students and creating some lessons for teachers to use in the major instructional content areas, English, math, science and social studies, Williams said.

Angela Bellamy has a son at Lester Elementary School. Bellamy said she hopes every day gets a little better with the eLearning. The first day of eLearning was a little rough, but this week has gotten better.

“I think that every day I learn a little bit more, too, so I can deal better with him each day,” Bellamy said.