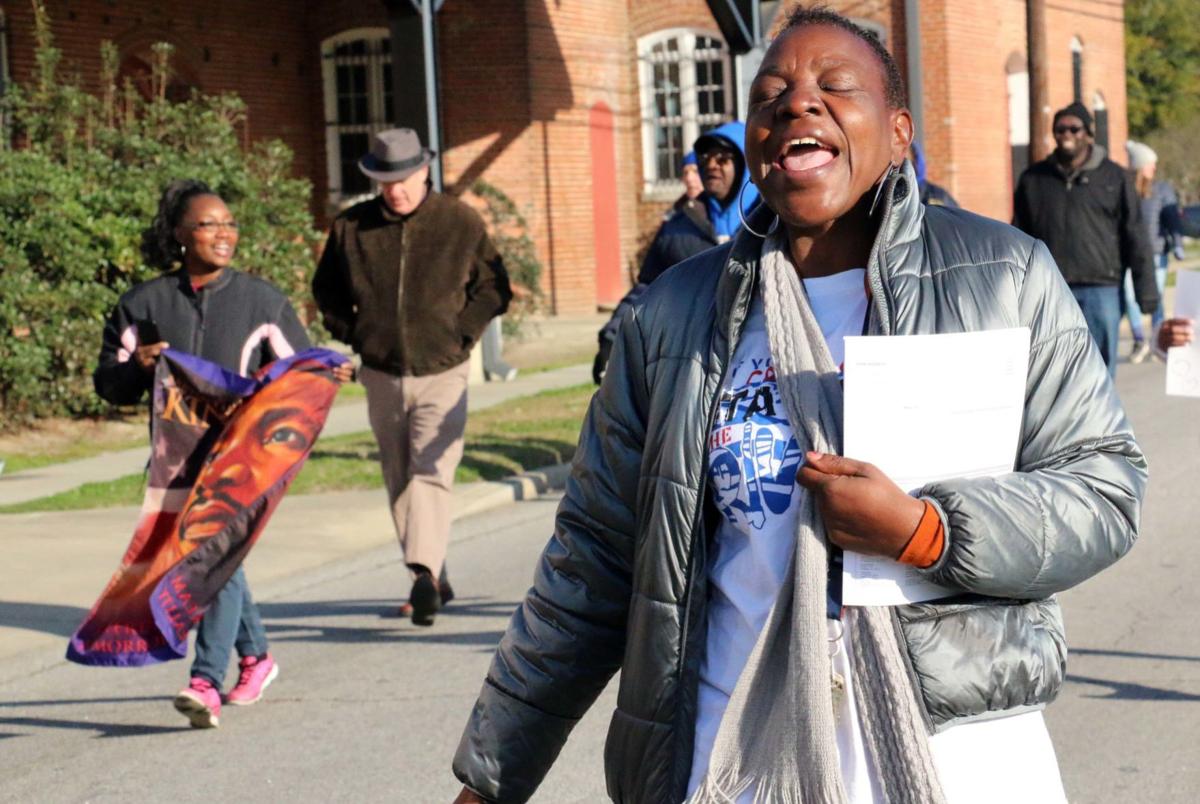 Nearly 40 people sing "This Little Light of Mine" while marching from The Continuum to Wesley Chapel United Methodist Church for a Martin Luther King Jr. celebration service. 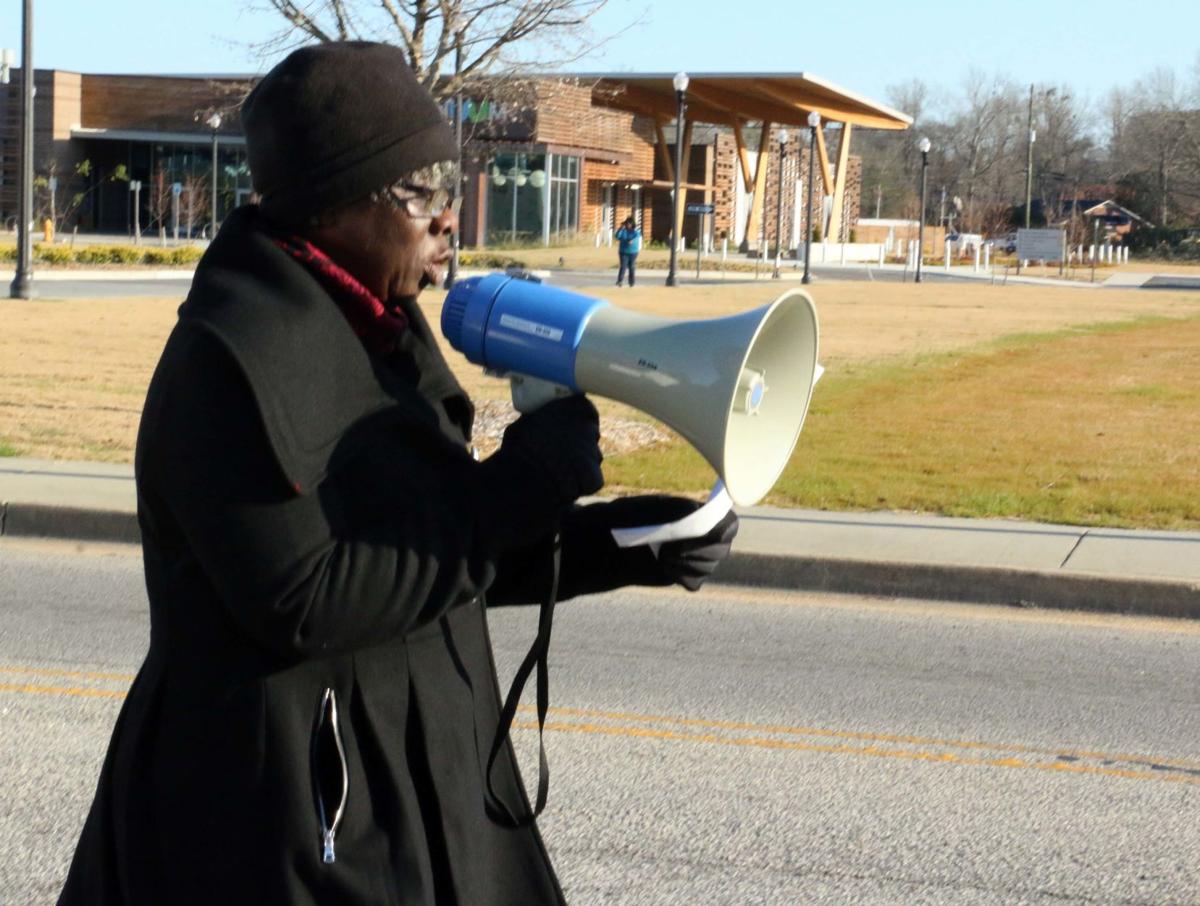 Paula Morris talks about the legacy of Martin Luther King Jr. during the march from The Continuum to Wesley Chapel United Methodist Church. 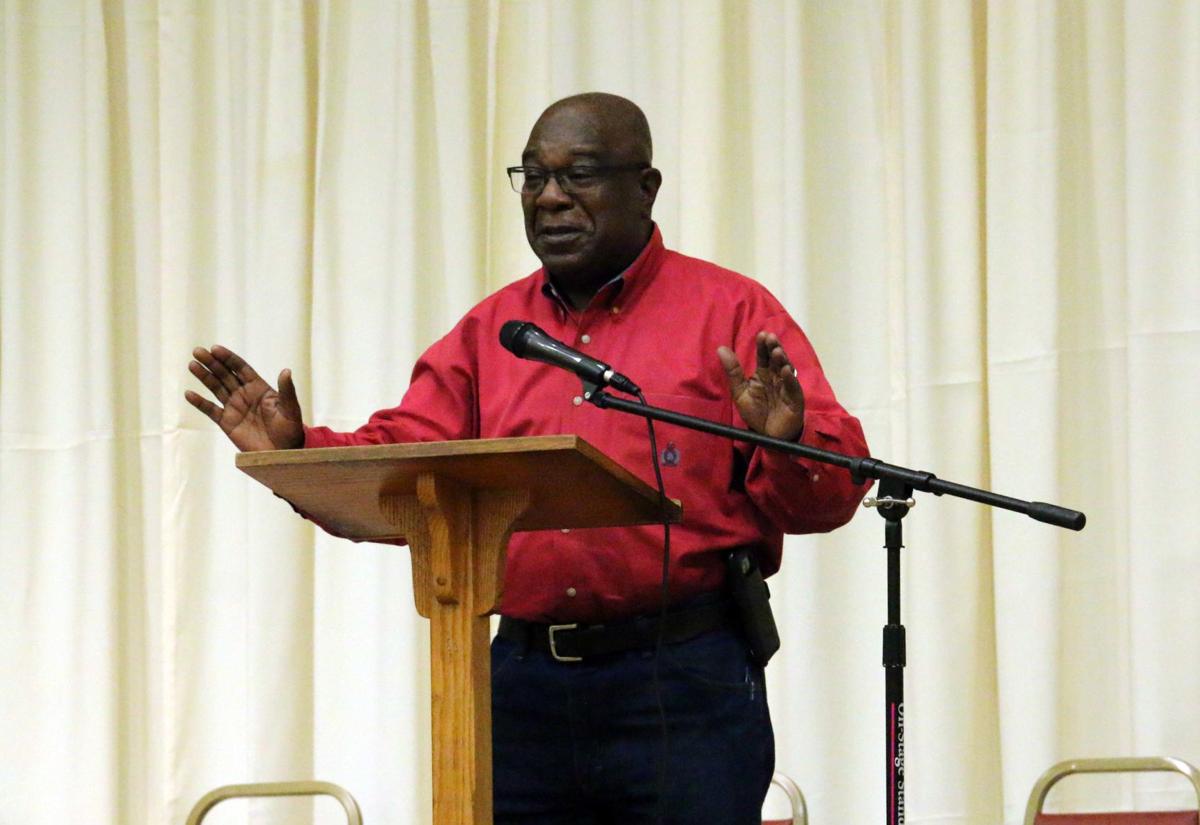 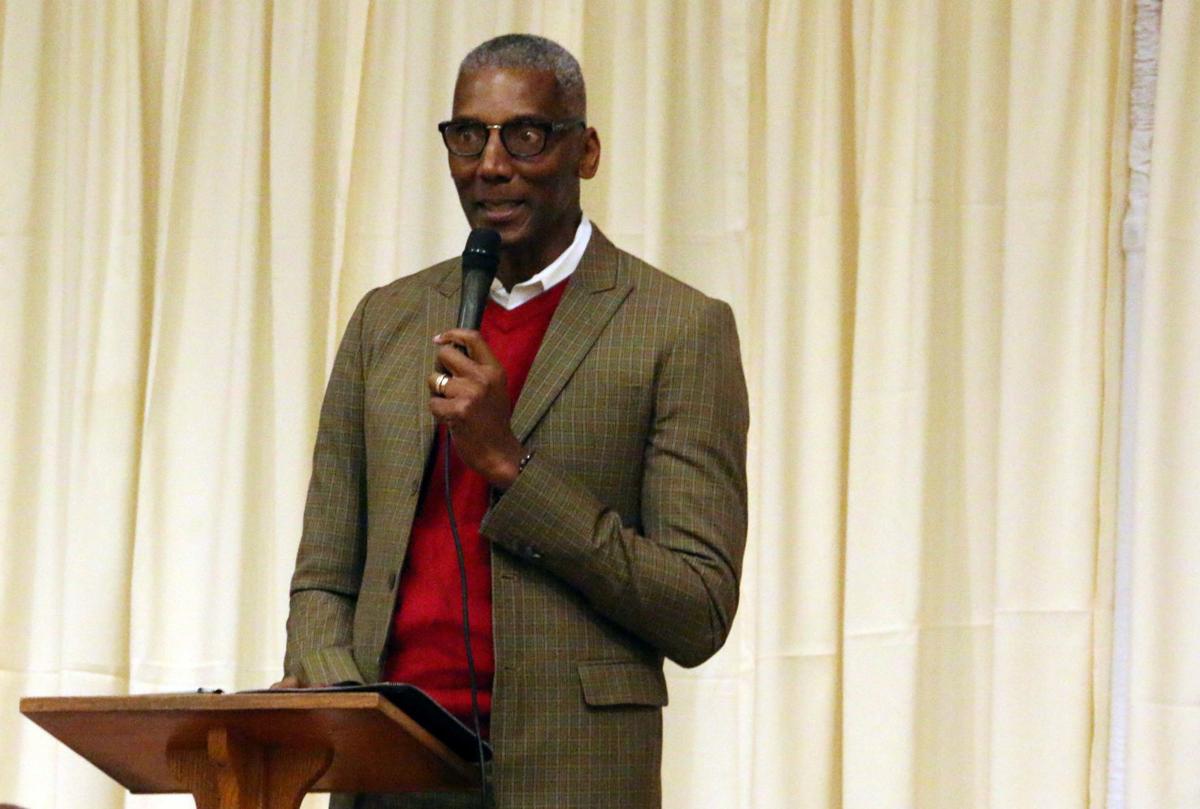 Nearly 40 people sing "This Little Light of Mine" while marching from The Continuum to Wesley Chapel United Methodist Church for a Martin Luther King Jr. celebration service.

Paula Morris talks about the legacy of Martin Luther King Jr. during the march from The Continuum to Wesley Chapel United Methodist Church.

“We see different ethnic groups come together,” Morris said. “You see diversity with young people and old people who come together. That’s what makes it different. It shows how Dr. King did. When he marched, there were all people there.”

A group of nearly 40 people of varying ages faced the chilly temperatures and wind to participate in the march. Morris, who led the march, led songs and spoke about King’s legacy over a megaphone. Lake City Police and Fire Departments escorted the group.

The program featured a continental breakfast, fellowship and a program that featured Rep. Roger Kirby, Mayor Lovith Anderson Jr. and performances by Ministry on the Move for Christ and Dramatic Coffee Beans.

Anderson welcomed everyone to the program. He told those gathered about King’s visit to Kingstree in the 1966. Anderson recalled it was a sunny day until King was getting ready to speak. King encouraged everyone to wait at their cars for the rain to pass.

Burgess encouraged those in attendance to embrace who they are.

“If you want to be whatever you want, the sky is the limit,” Burgess said. “Go get it. They can’t stop you from getting an education. Go get it.”

Burgess expressed the importance of remembering those who are supportive by reflecting on those people in his life.

“I didn’t have much,” Burgess said. “I had a mom who expressed love and concern. I had some aunts who were like mothers, too. I had a grandma who had a high school degree. She didn’t have a theological seminary degree, but she has a degree in praying to the Lord. You have those same people right here.”