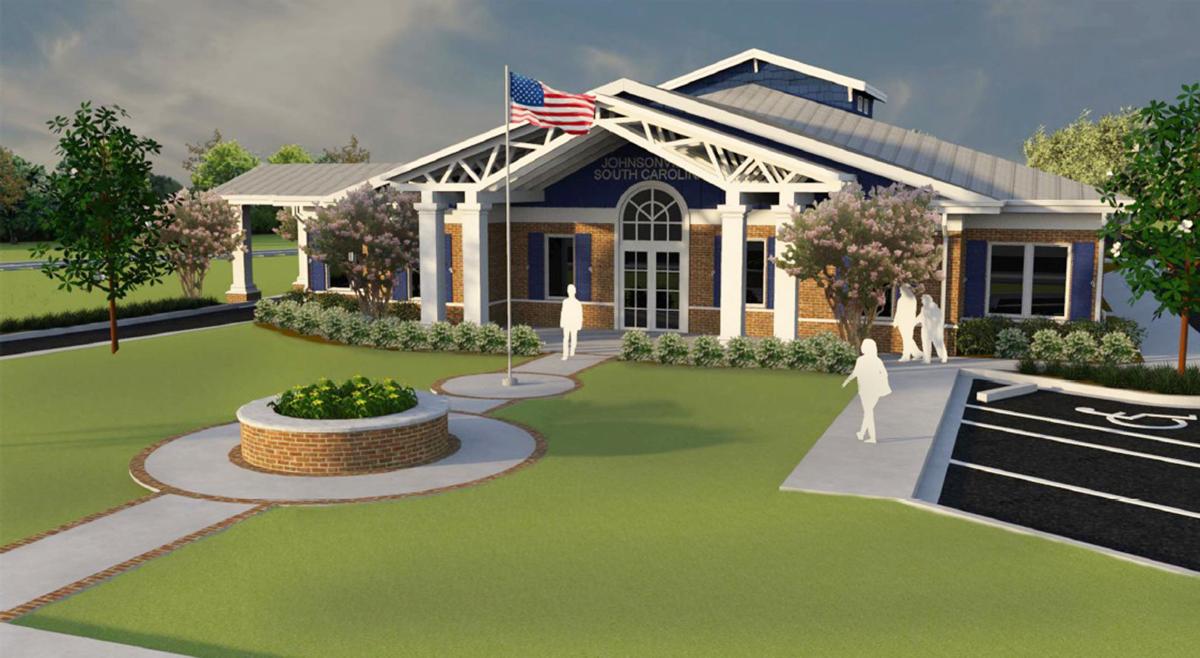 A rendering of the proposed Johnsonville Municipal Complex was presented to the city council Tuesday by Johnson, Laschober & Associates. The accent colors may change. 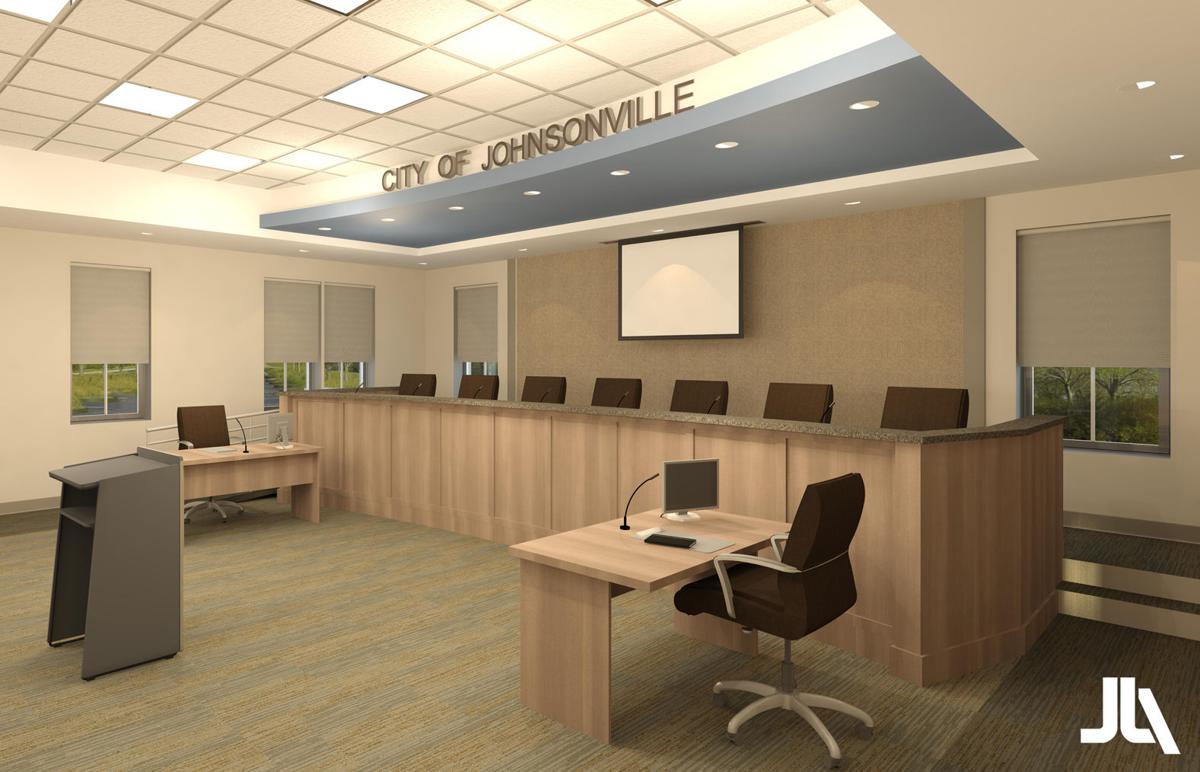 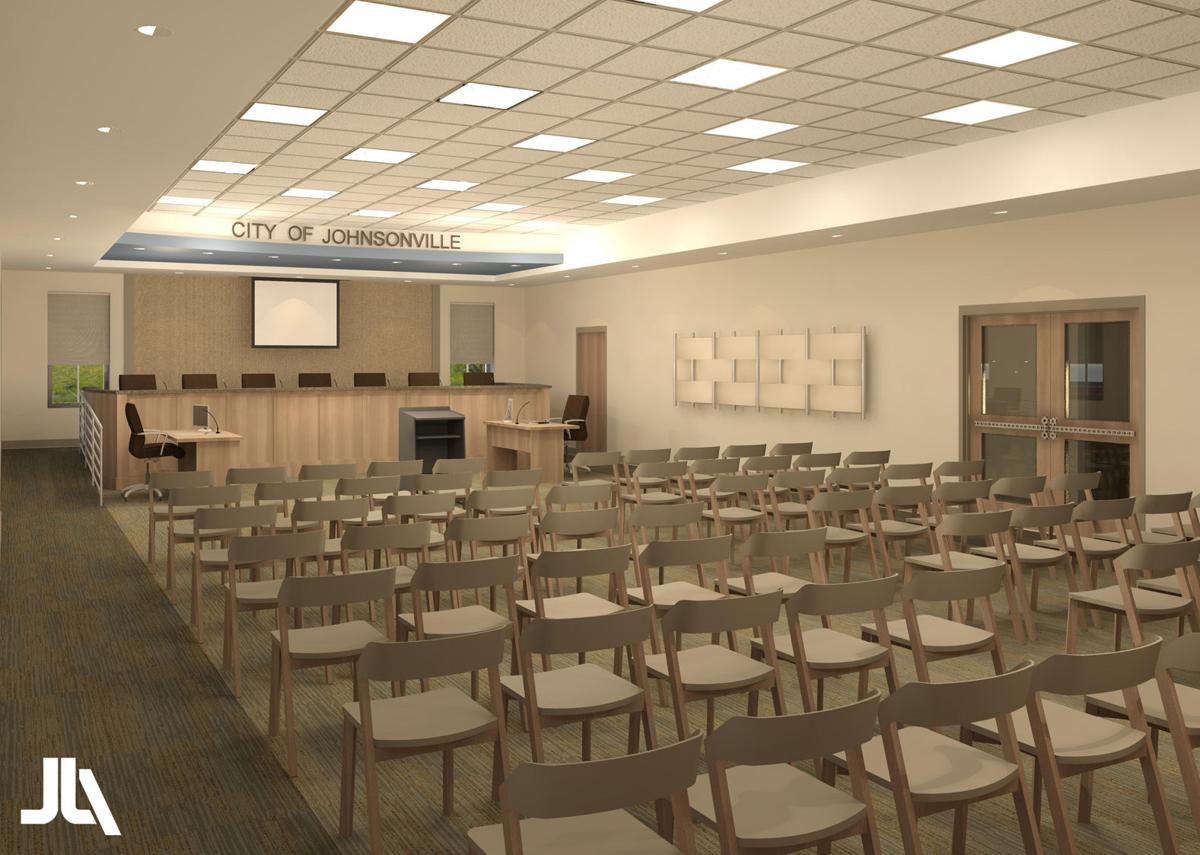 A rendering of the proposed Johnsonville Municipal Complex was presented to the city council Tuesday by Johnson, Laschober & Associates. The accent colors may change.

JOHNSONVILLE, S.C. – The second reading was passed Tuesday of an ordinance for an installment purchase revenue bond (IPRB) loan agreement with BB&T for the financing of a new municipal complex in Johnsonville.

The IPRB allows municipalities to issue revenue bonds that are outside their debt limits. According to Johnsonville City Administrator Jim Smith, the city plans to finance $2.1 million for the new municipal complex, including architect fees and the fees to construct the building on Broadway Street.

Everett D. Harbeson III, the landscape architect at Johnson, Laschober and Associates, P.C., presented the final renderings master plan of the proposed municipal complex to the council Tuesday at a meeting. He said the complex will include a courtyard in the front at East Broadway Street, a drop-off window on the left of the building, a couple of parking spaces in the front for customers to make quick payments inside, plus 35 parking spaces in the rear of the building.

The inside of the building will include council chambers and other offices.

The entire building will be approximately 7,600 square feet, Harbeson said.

Advertising for bids will be done Thursday, Harbeson said. And bids will be accepted at 2 p.m. Sept. 10 at the Johnsonville City Hall.

“Based on the bids coming in and everything being on budget, we’ll start construction first of October,” Harbeson said. “I see this being an eight to 10-month construction schedule.”

“You’ll have a little bit of fluff with your loan for FF and E (furniture, fixtures and equipment),” Harbeson said.

The new municipal complex will be located on Broadway Street on the site where an IGA grocery store once was. It is expected to include offices for the city’s water and wastewater treatment departments, administrative staff and an emergency operations center.