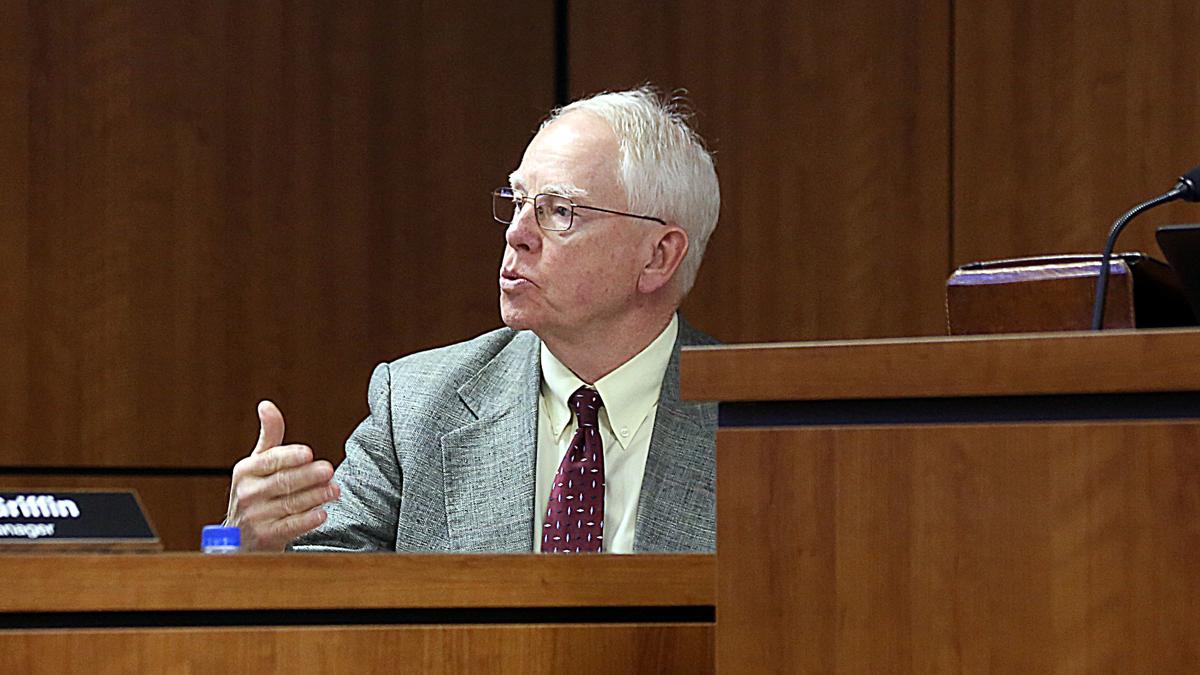 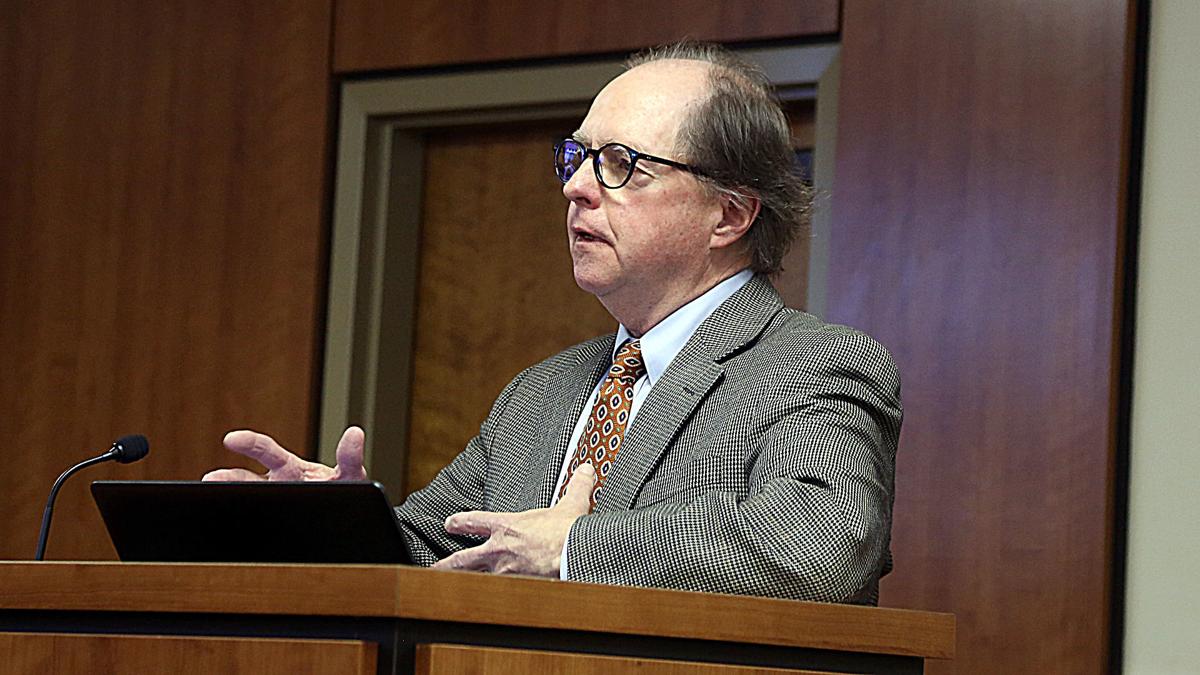 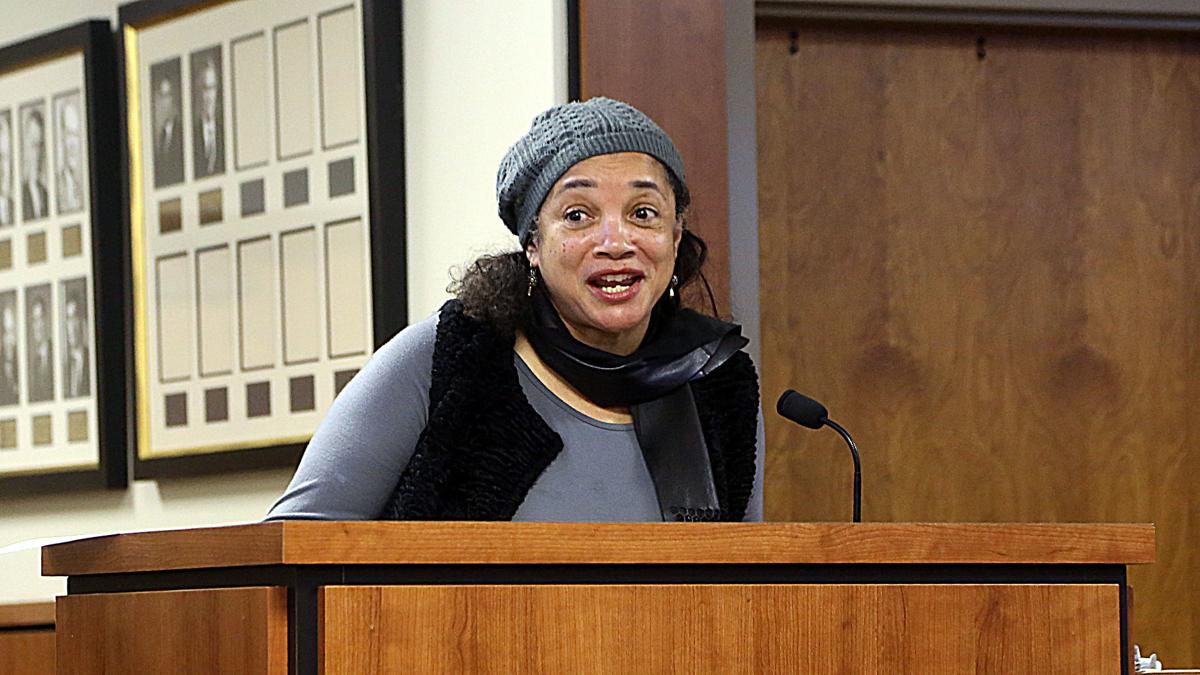 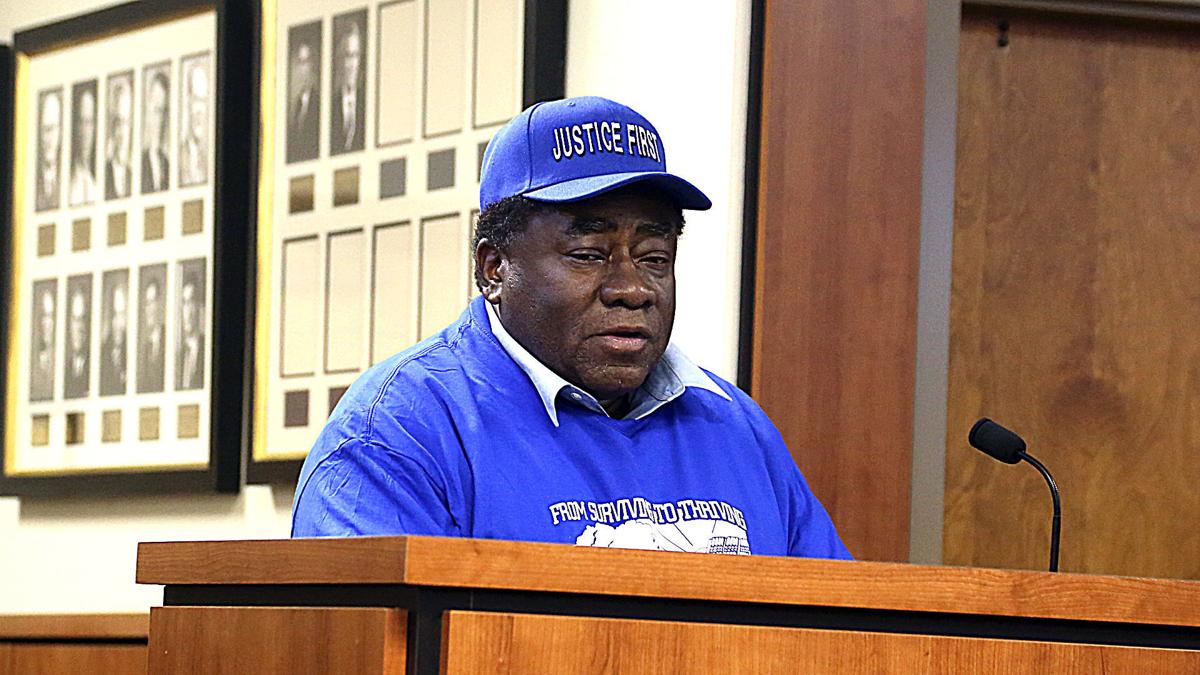 Rev. Leo Woodberry of Kingdom Living Temple spoke to the Florence City Council in favor of a resolution to support renewable energy.

Rev. Leo Woodberry of Kingdom Living Temple spoke to the Florence City Council in favor of a resolution to support renewable energy.

FLORENCE, S.C. – The City of Florence will have to wait an additional 90 days to hand the property across West Evans Street from the City Center to a developer.

The amended agreement provides a handover date of May 31 instead of Feb. 29.

City Attorney Jim Peterson said when the city approved the first reading of the conditional grant agreement last month, the properties were being surveyed for environmental issues.

"The developers were in the process of having an environmental phase one done on all the property involved," Peterson said. "That phase one came out really very good, but there are a couple of issues. Not any issues that we anticipate being long-term issues but things that need to be addressed by proceeding to a phase two."

Peterson said the developer had "done their homework" and discovered that the phase two process would take around 90 days to complete, find out the results and react accordingly.

He added that he and City Manager Drew Griffin had worked with the developer and felt like the changes were appropriate considering the unexpected delay.

Peterson presented the council with an amended agreement with changes in red at the meeting.

"They all boil down to one thing: What we're doing is we're simply moving back the land transfer date from the end of February to the end of May," Peterson said. "That's the same 90-day period that they've run into."

Peterson added that the same 90-day change applies to the multi-family or apartment portion of the project and the completion date of it.

He added the changes also moved the date for an agreed-upon site plan back 30 days from Feb. 29 to March 31.

This change, Peterson said, made a better schedule, because the city will have an agreed-upon site plan 60 days before the land transfer date.

"None of the other dates within it [the agreement] change," Peterson said.

The block involved involves the land upon which the Florentine building previously sat and most of the city block surrounding it.

The eight-story Florentine Building was constructed in 1951 and had an area of 31,146 square feet. It was originally named the Aiken House and held 36 efficiency apartments, 12 one-bedroom apartments, two two-bedroom apartments, a rooftop terrace and eight commercial spaces on the ground floor.

The city acquired the building on June 1, 2018 from Ashby Builders LLC for a price of $1.85 million.

The council also voted unanimously Monday to approve a resolution – required by the Internal Revenue Service – to reimburse itself for the expenditure of acquiring the property and others in the same block with a bond issue expected to come in November.

Deputy City Manger for Administration and Finance Kevin Yokim indicated that the bond issue will also raise the funds to continue improvements on the baseball and track and field facilities to be located at the Floyd Tennis Center and the construction of two new fire stations.

Yokim said he was told by the city's financial adviser that it was more efficient – and cheaper, according to Mayor Pro Tempore Frank J. "Buddy" Brand – to do it in one bond issues rather than separately.

Yokim also estimated that the bonds would have interest rate of around 3% or 4% depending on the political situation (i.e., the election).

In November 2018, the city sought and received a certificate of appropriateness from the city design review board to demolish the structure and replace it with a new development now called Project Urban Square by the city.

Florence Mayor Stephen J. Wukela told the Florence Rotary Club in August that the development would include a parking deck.

Demolition of the structure began in September 2019 and took approximately a month to complete.

Now-retired Florence Downtown Development Director Ray Reich indicated in October that the structure would include a hotel.

In December, the council voted to give Peterson and Griffin the authority to negotiate the remaining issues on the project.

The council then approved the first reading of an ordinance authorizing the execution of the grant agreement at the January council meeting.

The agreement outlines that Styx Florence Land plans to develop and construct a multifamily apartment building with 150 units, a professional office building, a hotel and “high-density residential units,” which probably would be town homes or condos.

The private investment in the property will total approximately $50 million.

The investment is expected to increase the taxable value of the property by $41 million as well as result in governmental fees, including water and sewer fees – the city agrees to design, construct and install the systems – hospitality and accommodations taxes, business license fees and building permits.

In the agreement, the city agrees to convey the property to the developer for no monetary consideration.

Part of the property being conveyed is subject to a lease with Elite Euro, an automotive repair garage that expires in November 2022. The agreement notes the city is working to terminate the lease but adds the property still might be conveyed subject to the lease.

The city agrees to construct a public parking garage at a cost of up to $11 million.

The agreement notes that the total cost of the public amenities shall be between $1 million and $1.5 million.

A schedule also is established by the agreement.

Styx was to present the city with a site plan – Wukela indicated there were three to choose from – by Feb. 1 and the city and Styx were to agree upon a site plan by Feb. 29, the date of the land transfer.

This has now been changed to a site plan being agreed upon by March 31 with the land transfer date occurring on May 31.

Also at Monday's meeting, the council:

• Approved upon first reading an ordinance authorizing the entry into a lease agreement with the Children's Museum of the Pee Dee for the former ScienceSouth facility.

• Approved resolutions creating a cash-on-hand policy for the city, recognizing Clark and Company's contributions to the redevelopment of the city's downtown and supporting renewable energy.

• Rev. Leo Woodberry of Kingdom Living Temple also spoke to the council in favor of the resolution to support renewable energy. Woodberry said he hoped the effort would be like two other embraces of new technology: the creation of a railroad that led to the founding of the city and the creation of two new interstates that continue to spur development in the city.