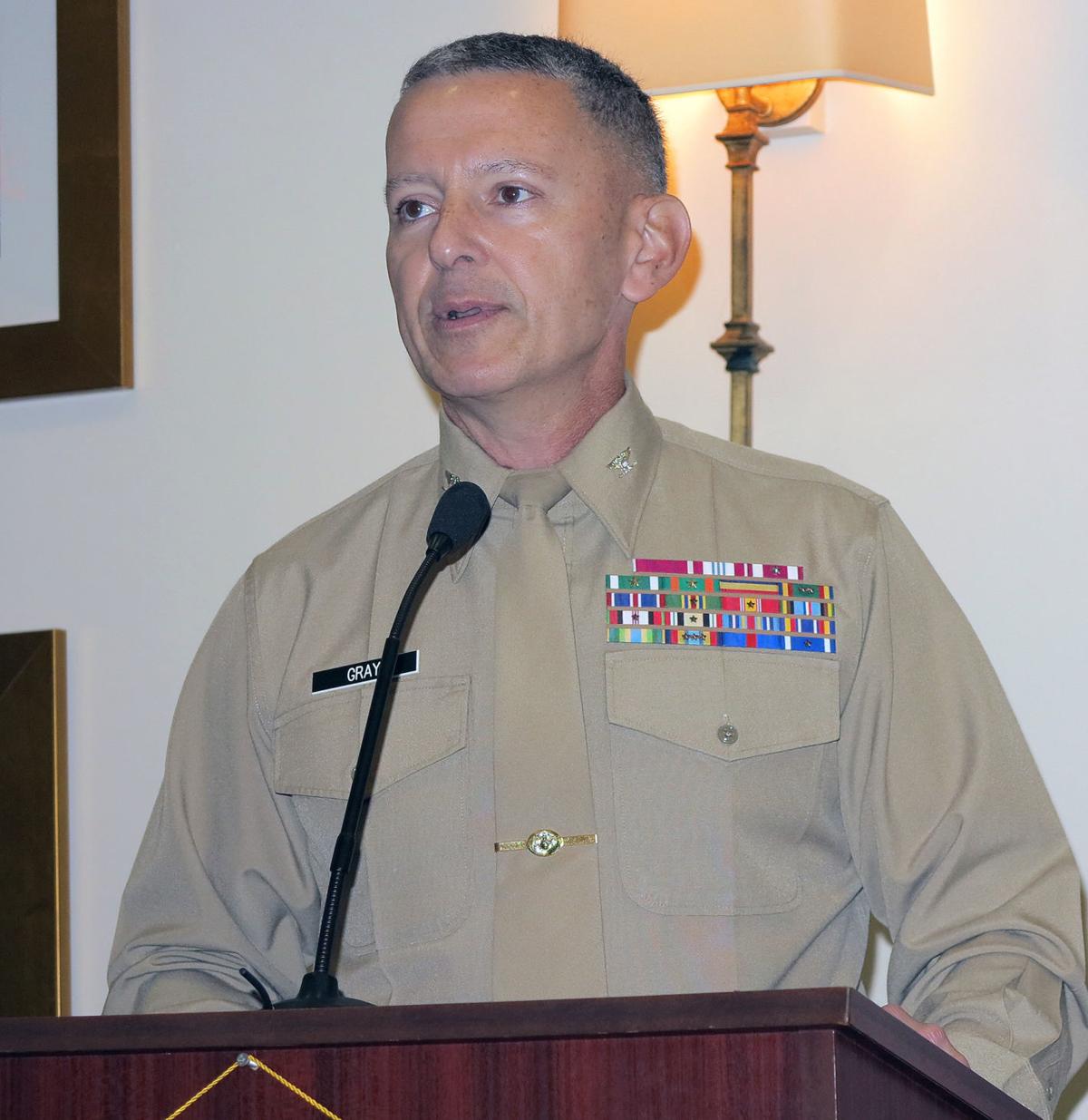 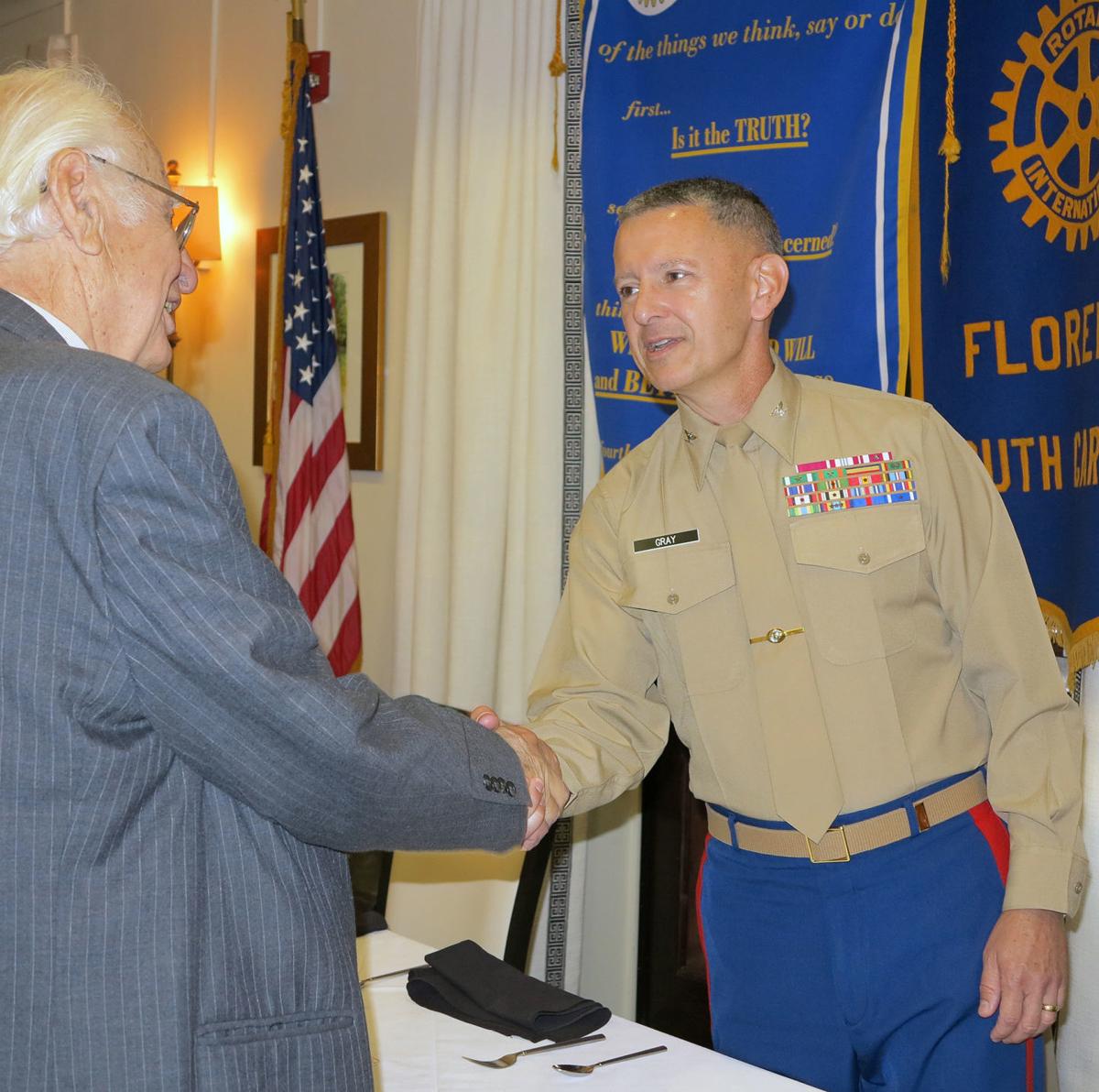 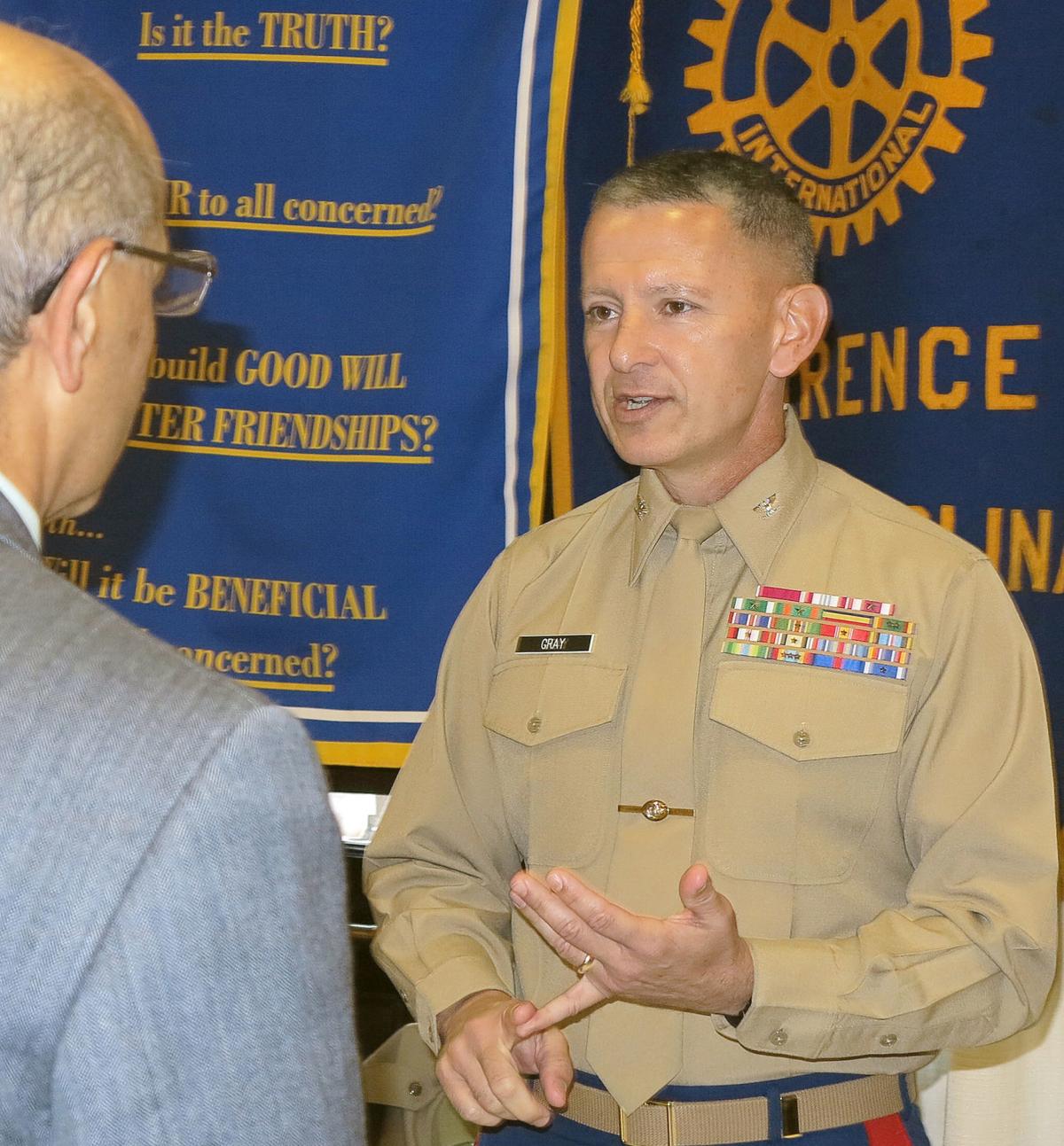 Gray said Monday that Veterans Day is a special day to honor all of the men and women who have served this country, whether in wars past or today. He said it is a day to pay homage to them.

Gray said of all the young people in the United Sates between the ages of 17 and 23, only about 29 percent are qualified to serve in the military.

As a recruiter, Gray said he asks young people why they want to serve in the Marines. Money, education, health benefits are not the right answer, he said.

“We don’t do what we do for the money,” Gray said.

He said finding young people who want to join the Marines for the right reasons is one of his biggest challenges.

He said being proud to be an American and serving in the finest military service on earth is a right reason. He said some want to join because they have a long family history of service, and that is a good reason.

Gray said the Marine Corps is a collection of jobs, and Marines can be ready to go anywhere there is a crisis in a hurry.

He said “our best days are not behind us.” He said today’s Marines will make their mark in society.

“I am encouraged,” he said.

Gray was commissioned as a second lieutenant in 1993. He has dedicated his life to serving his country, which included time in Afghanistan in 2013-2014 as the Commanding Officer of Marine Aviation Logistics Squadron 40, 2d Marine Aircraft Wing (Forward) at Camp Bastion.

In May 2011, he came to Beaufort, where he was stationed at Marine Corps Air Station. From May 2016 to June 2018, Gray served as Assistant Chief of Staff for Operations, Marine Corps Recruiting Command.