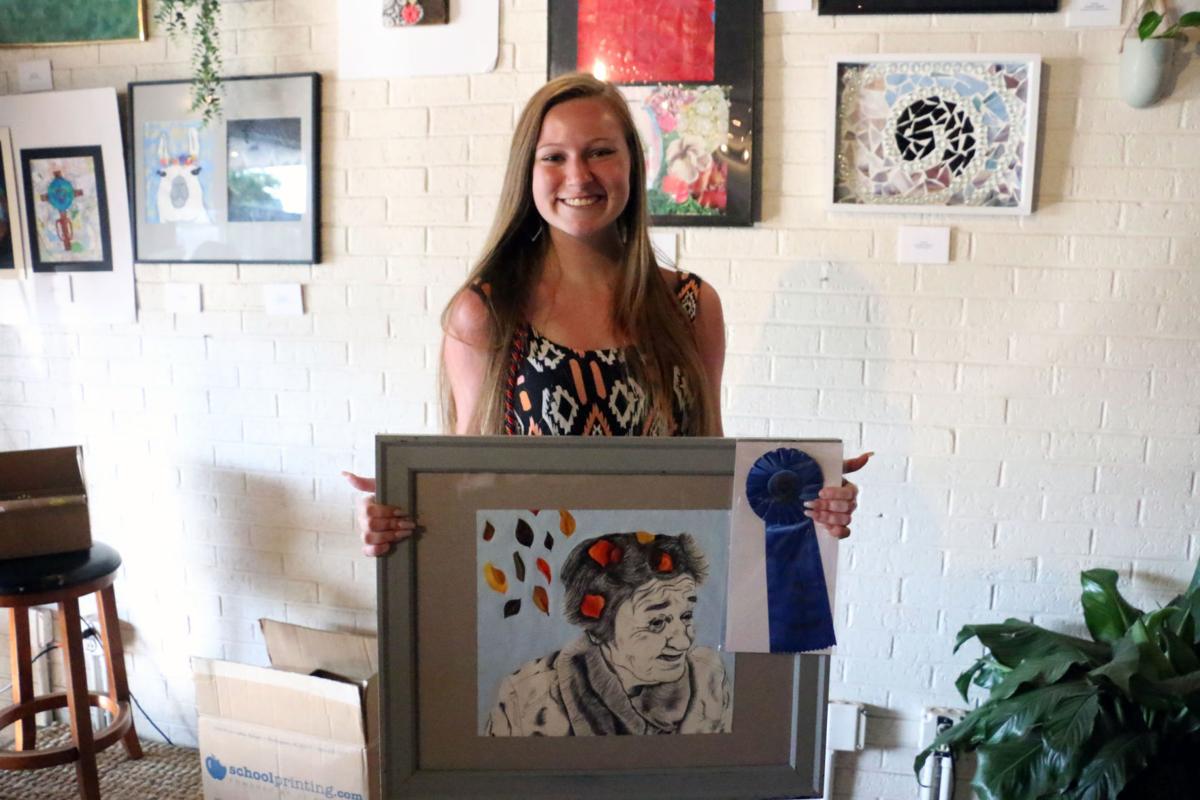 Anna MacKenzie wins first place for her piece "Grandma Will Drift Away." 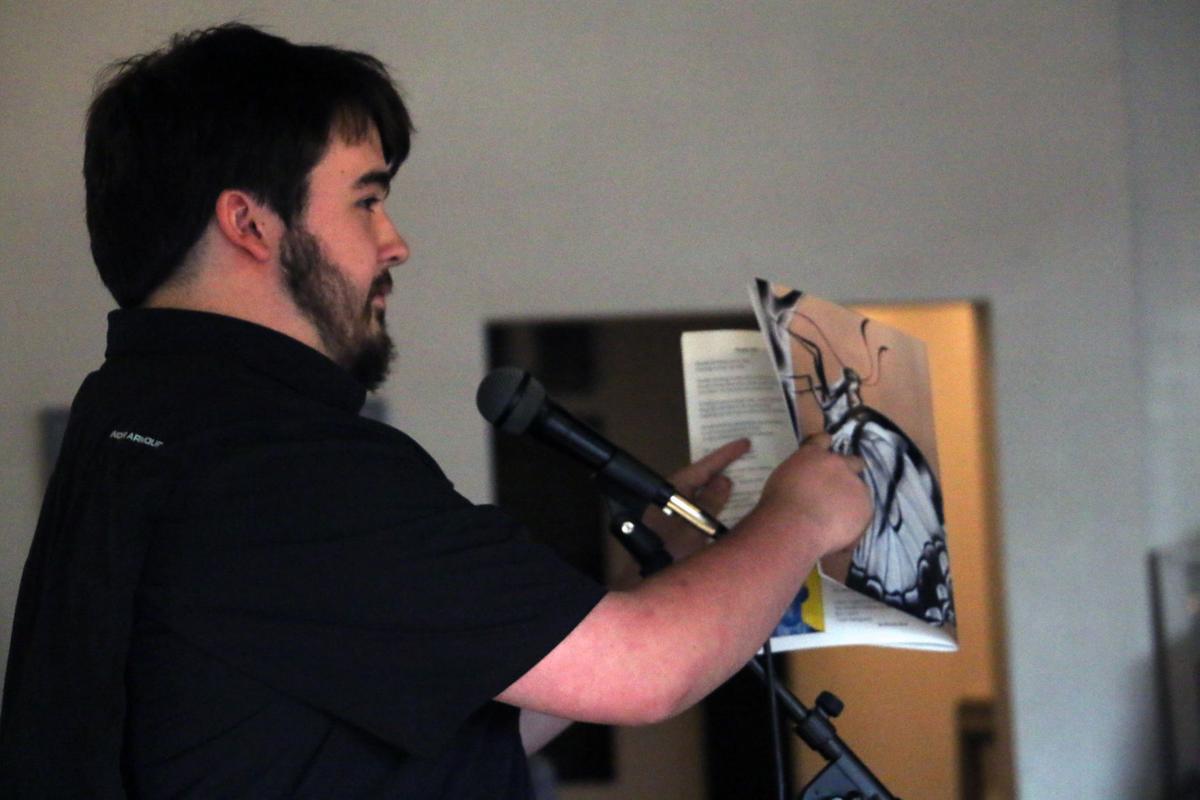 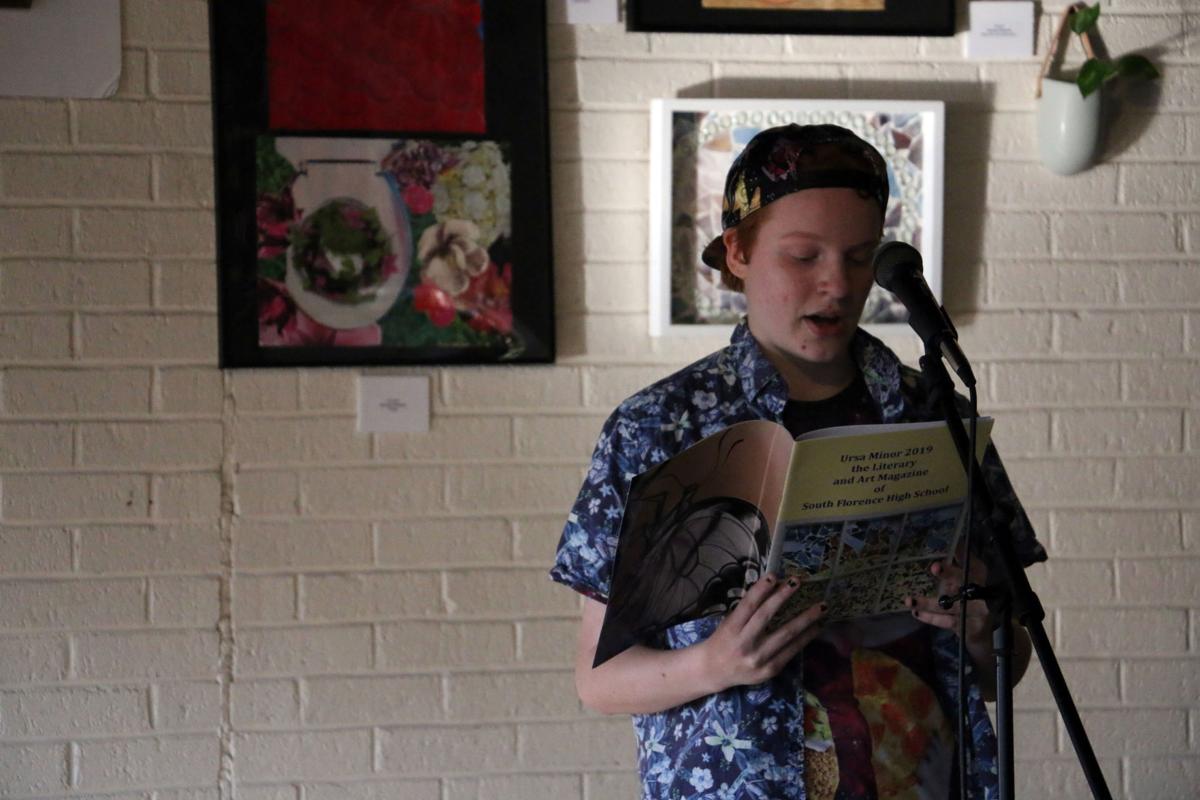 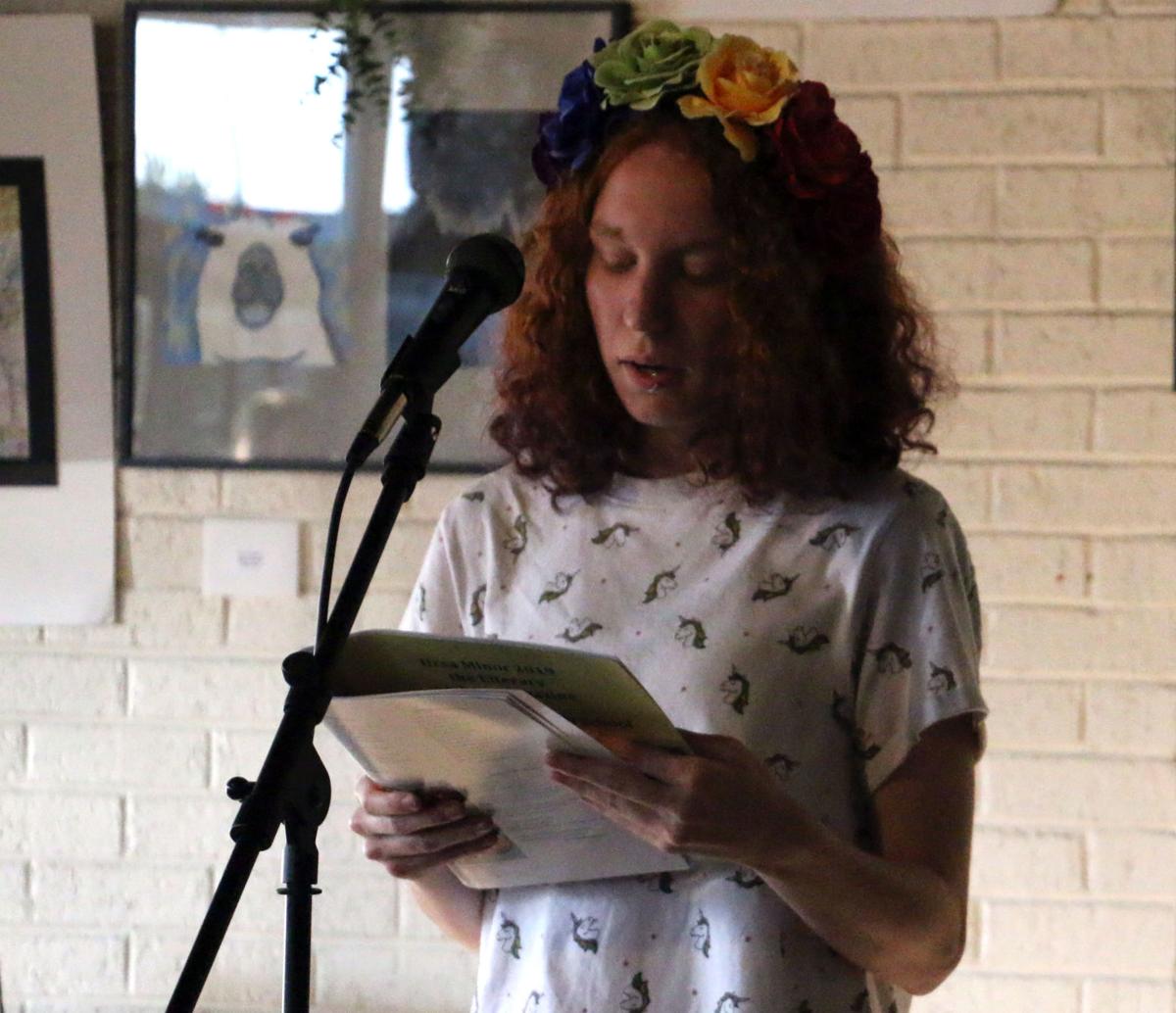 Anna MacKenzie wins first place for her piece "Grandma Will Drift Away."

Several students read their work, which was published in this year’s magazine.

Sophomore Adam Heaster read two poems, “Power” and “Hungary The Zombie,” that were published in the magazine. Heaster said this was his first year reading at the event though he has already read poems in classes. The poem “Power” was based on a song, Heaster said.

“I just always try to do something fun when I am writing to entertain my brain,” Heaster said.

Nytazha Abrams, who also had work published in “Ursa Minor” for the first time this year, read her poem “You Call Yourself A Father?”

“I’m excited,” Abrams said. “I’m happy. I did not know that I would get picked for my poem to be in here, but I’m happy.”

Abrams said at first she did not want to share her poem, but she did it anyway.

To have work published in “Ursa Minor,” students must submit pieces and the “Ursa Minor” staff then scores all the pieces. This year’s magazine had 37 writers and 33 artists. Some of the students had multiple pieces get published.

“It’s really a collection of our student body’s voices and creativity, which is really neat to see it all put together,” said Kate Smolen-Morton, an English and theater teacher at South Florence High.

Heaster served on the “Ursa Minor” staff for the first time this year.

“While we had to do the grading, it was crazy,” Heaster said. “We had to focus on the works. Even if we didn’t like what the work was about, we had to do it to the best of our ability and then grade our own work. It was interesting.”

Prior to the release of “Ursa Minor,” students in the Advanced Placement (AP) Art Studio class had work displayed in Lula’s Coffee Co., and during the event Elizabeth Odom, a visual art teacher at South Florence High, announced the winners of the art show.

Anna MacKenzie, a senior at South Florence High, won first place for her piece “Grandma Will Drift Away.”

“My concentration for this year was mental disorders, and my grandma, about a year ago, started having dementia, and I thought it would be a nice piece to have to just honor her to show the representation of the mental disorder,” Mackenzie said.

MacKenzie said being in AP Art was a lot of hard work so it is a nice accomplishment to have.

“Ursa Minor” is funded in part by the South Carolina Arts Commission, as well as the South Florence Association of Parents, Teachers and Students.