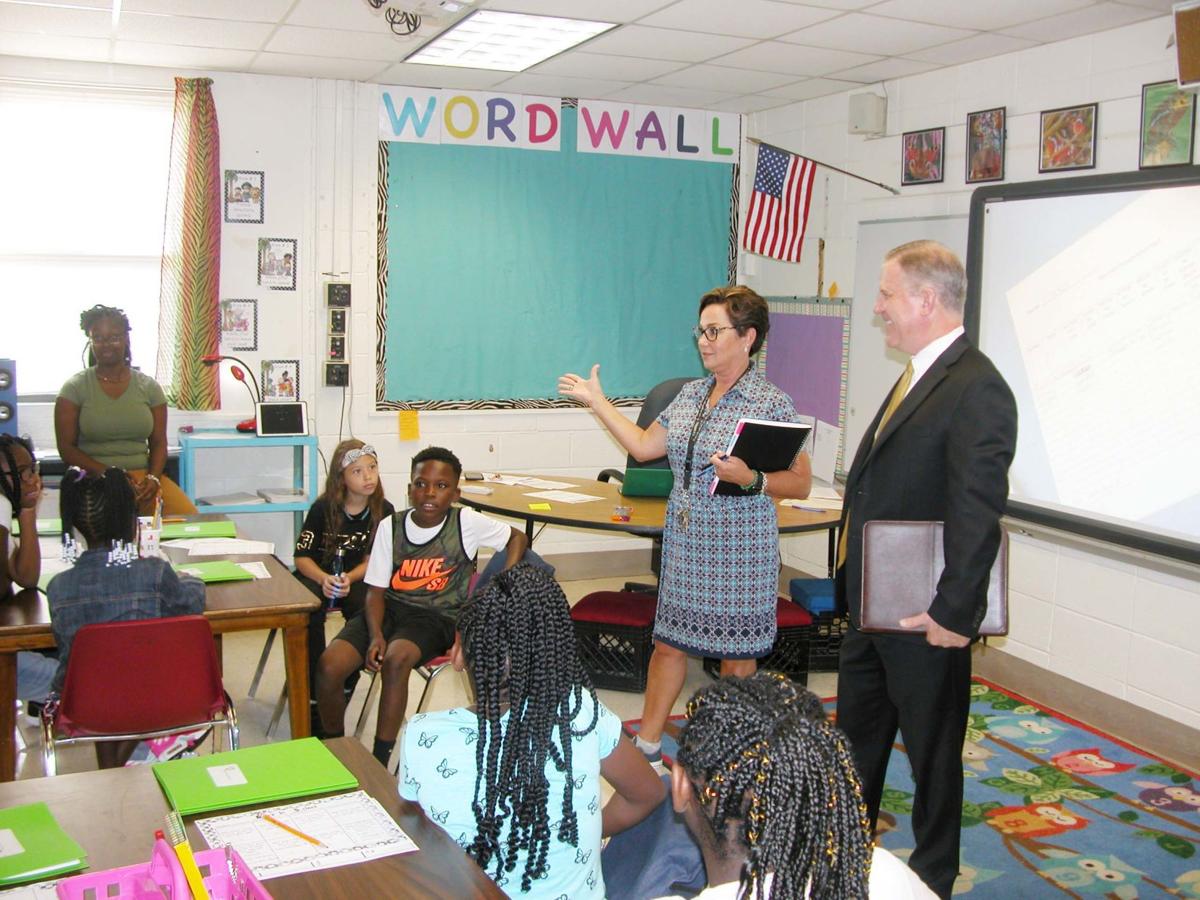 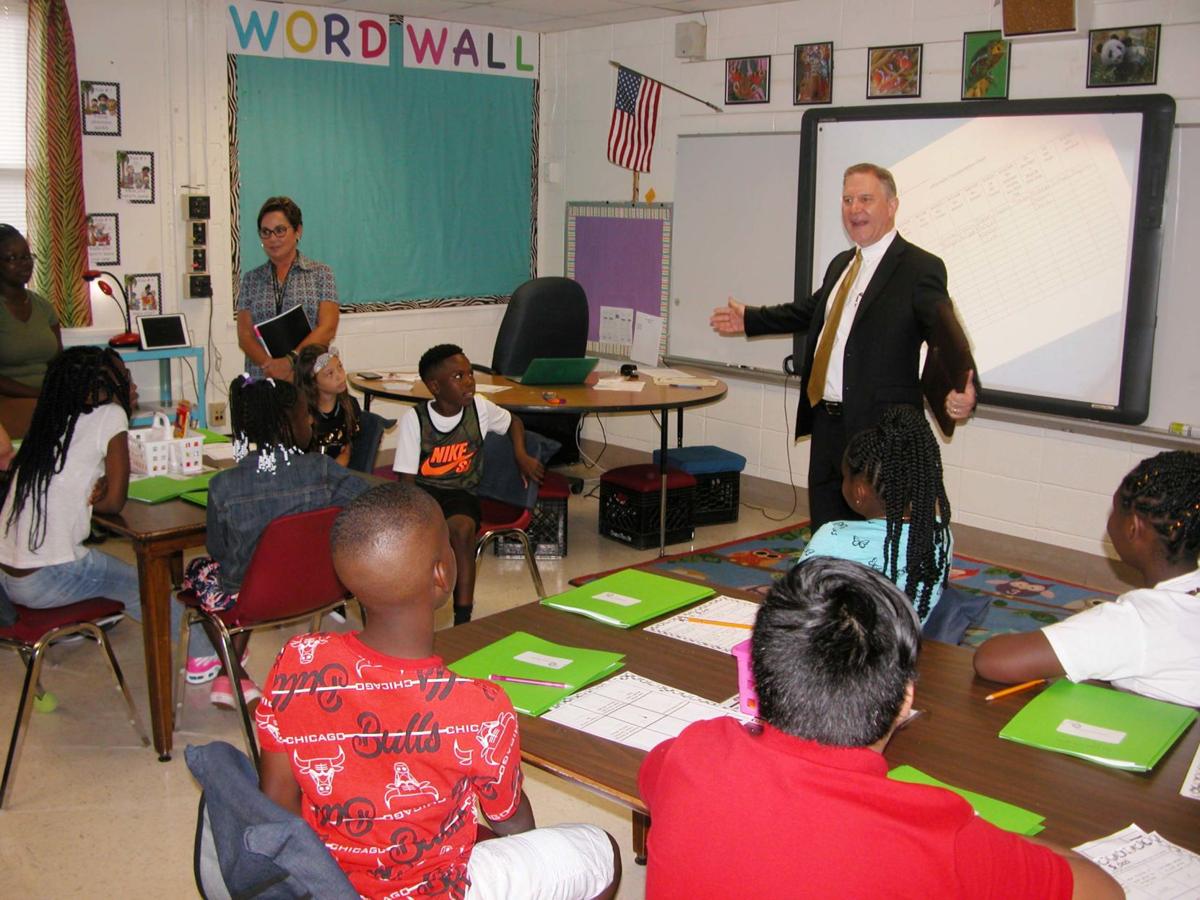 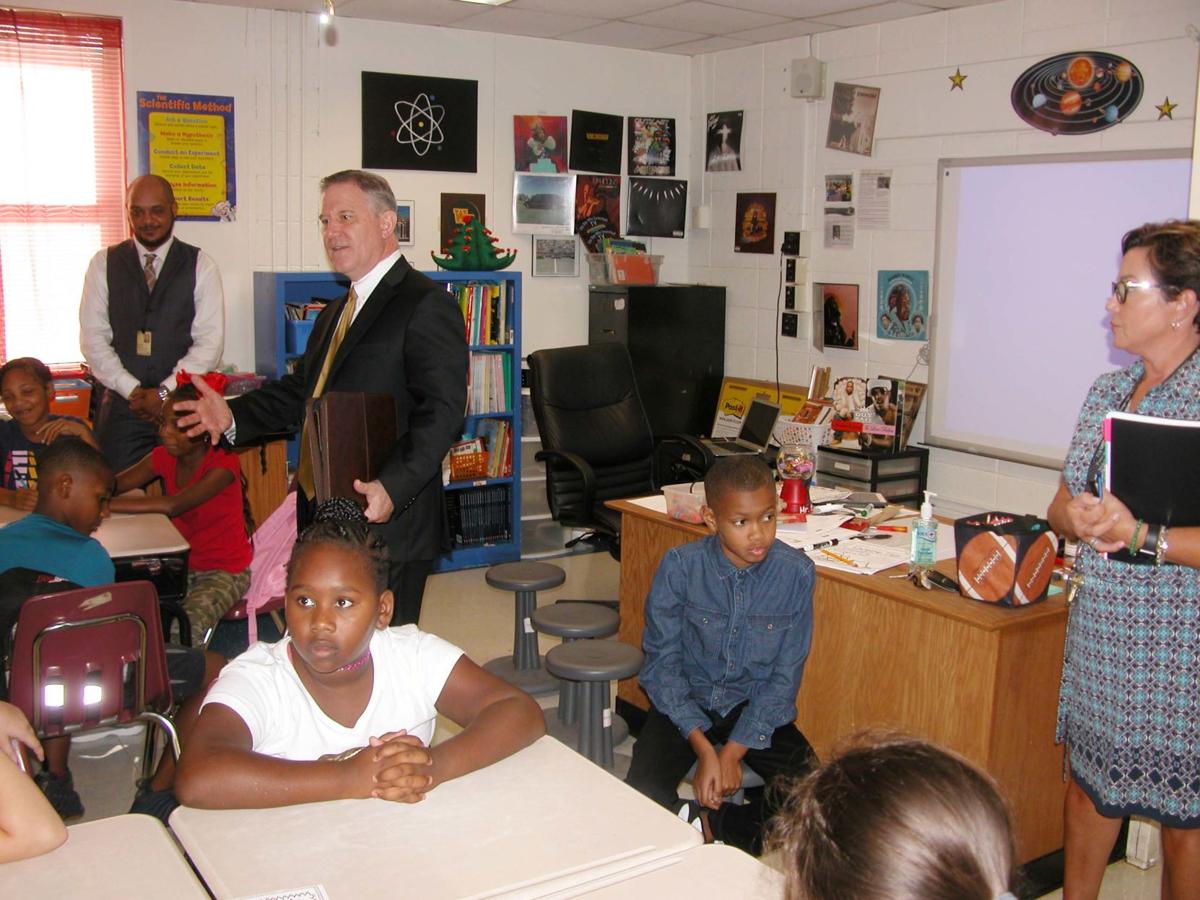 “We’re off to a very smooth start,” Newman said during a stop at West Hartsville Elementary School Monday morning. “Students are getting settled into their classes, and every teacher has gotten down to the business of teaching students.”

Newman said he planned to visit half of the district’s 23 schools on Monday and the rest today. He said at the schools he had visited so far before his stop at West Hartsville, everything appeared to be well organized and proceeding orderly.

At West Hartsville, he and principal Julie Mahn visited several classrooms and talked with students and teachers.

“Y’all are going to have an awesome year,” Newman told students in teacher Jazziman Parker’s fifth-grade class. Parker is West Hartsville’s Teacher of the Year for the 2019-2020 school year.

This year’s fifth-graders will be preparing to advance to middle school next year.

“Y’all are the big wolves on campus this year,” Newman told the students.

“I see a few yawns. That’s OK. It takes us adults a few days to get up and running, too.”

He also stopped in on fourth-grade teacher Pierre Brown’s class. Brown was featured in the 2015 SCETV production “180 Days: Hartsville,” which aired on PBS. The film examined the community’s effort to address the demand for reform in public schools in the face of poverty and its impact on students and families. Mahn, who at that time was principal at Thornwell School for the Arts, also was featured in the special.

They are two of six aging elementary schools that are being consolidated into three new schools, one each in Hartsville, Darlington and Lamar.

All three new schools are under construction.

Newman said the school district has taken care of its buildings over the years.

“When you take care of buildings, they get old,” he said.

Newman said the community has taken an active interest in the opening of a new school year. He cited as an example a church sign he saw on his way to West Hartsville that read: “Darlington County School District Teachers Rock.”

He said that attitude is one of the things that makes the beginning of a new school year special.

“It’s the community feel,” he said. “It’s the way everybody works together.”

1:1 initiative at Florence One schools is complete

FLORENCE, S.C. – Florence One Schools started the 2019-20 school year Monday, and this year every student is starting the year with access to a technology device.