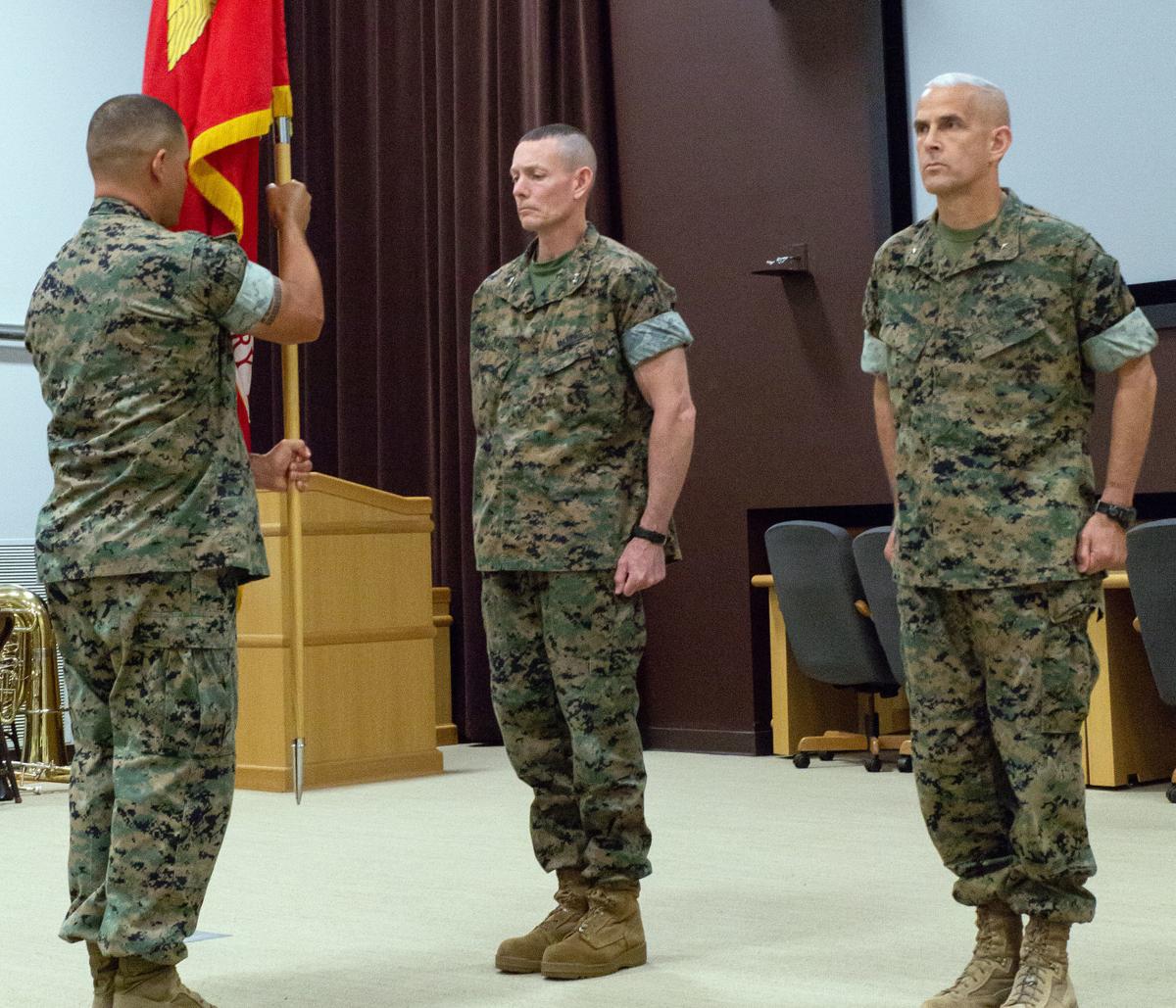 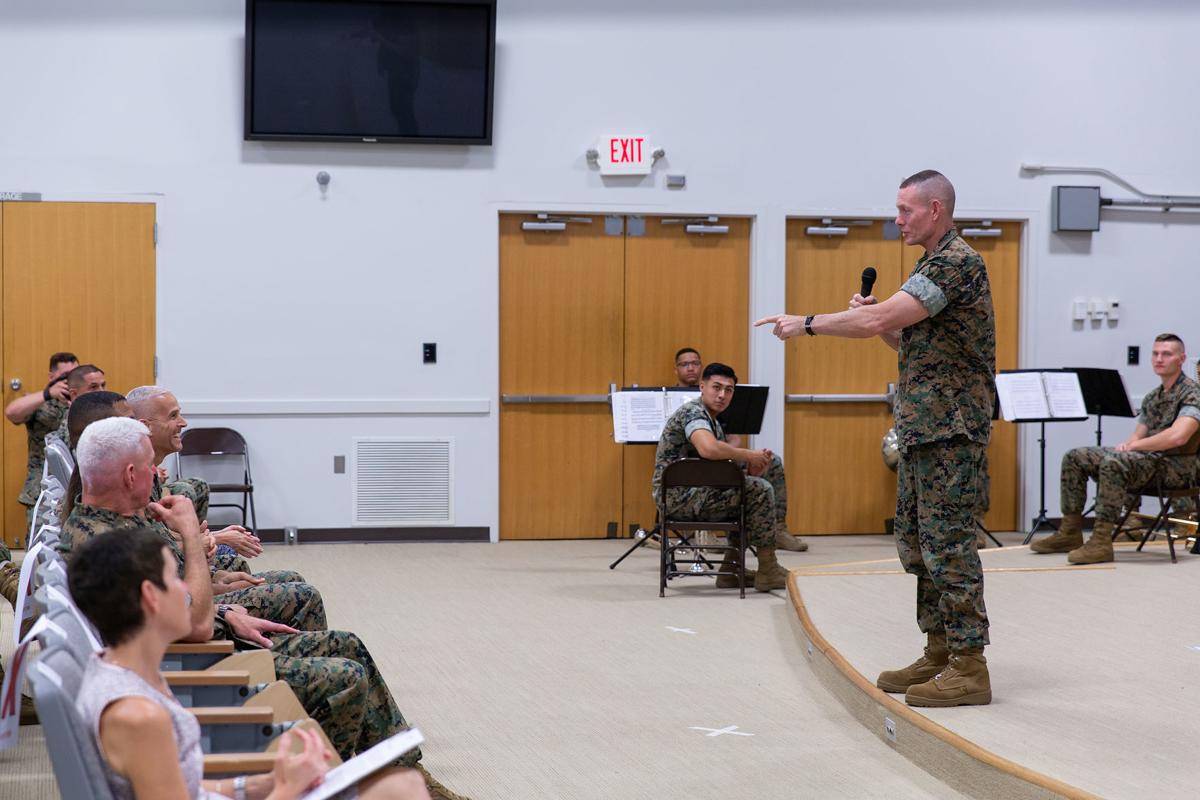 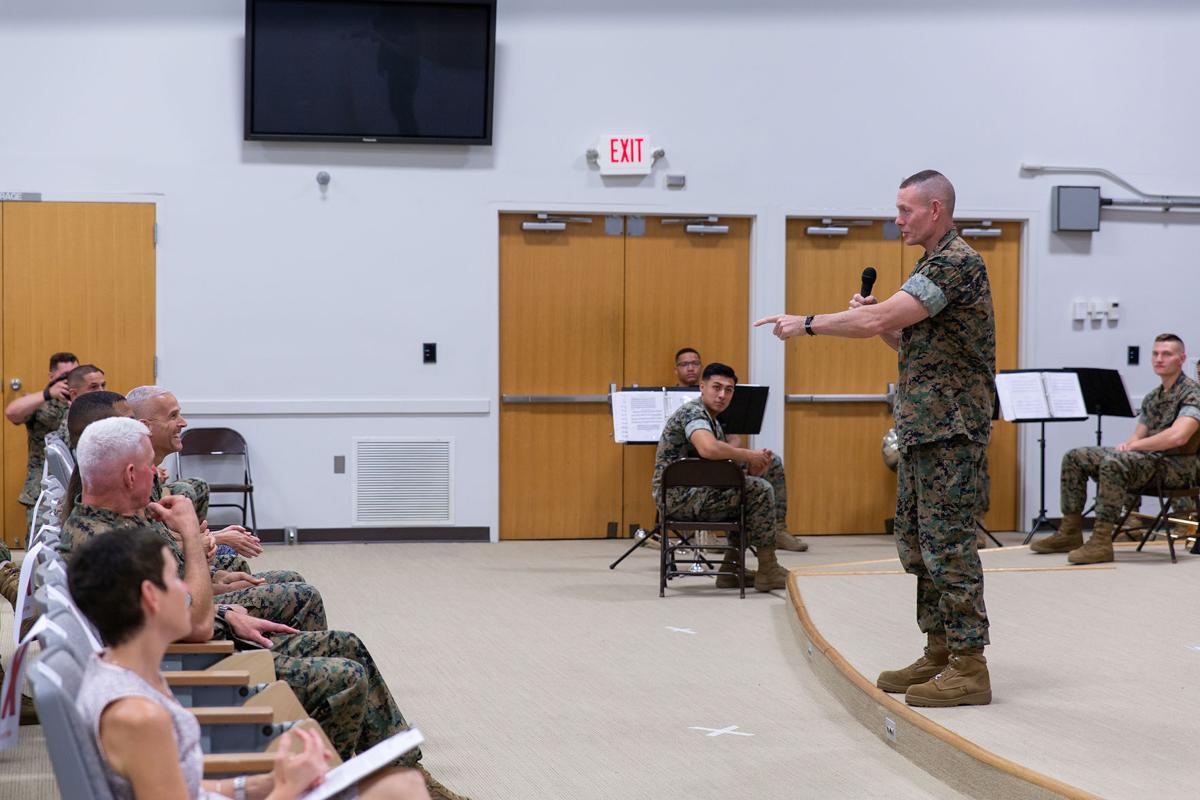 Beaudreault congratulated Neary on his successful tenure as commanding general of 2nd MEB and attributed to Neary and his staff the success of missions across the globe such as Baltic Operations, Trident Jupiter, Maritime Prepositioning Force Exercise and Atlantic Response.

“There have been three things that have been important to the MEF, whether it was command and control, enhancing relationships with allies and partners, and contributing to naval integration. The MEB has been the lead of this formation and making it all come together,” Beaudreault said.

Neary said farewell to his Marines and sailors, reflecting on his two-year tenure as commanding general. He referred back to his 45-day assessment written when he assumed command of 2nd MEB.

“The quality and diligence of the Marines and sailors assigned to 2nd MEB continue to impress me,” Neary said. “They are a great team, and I am honored to be with them. We stand ready to provide a ready MEB command element prepared for crisis and contingency.”

Odom’s prior assignment was as the commanding general of Task Force Southwest during Operation Resolute Support in Helmand Province, Afghanistan. A career infantryman, he has held command at all levels, including 3rd Battalion, 8th Marine Regiment during Operation Enduring Freedom, 4th Marine Regiment in Okinawa, Japan, and assistant commander of 2nd Marine Division.