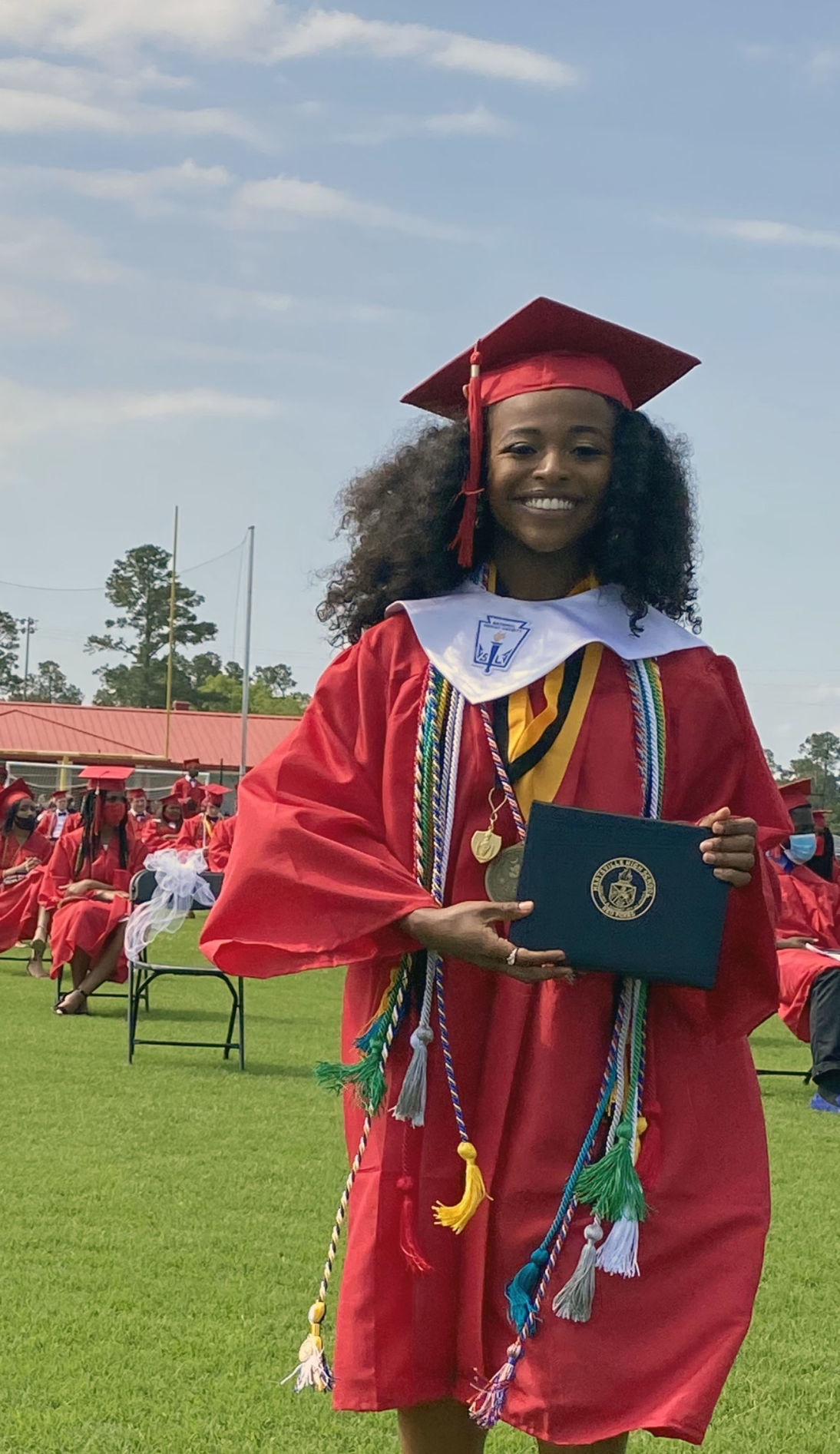 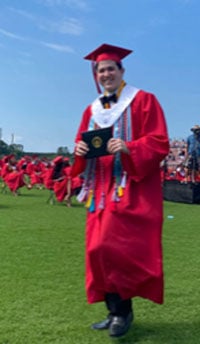 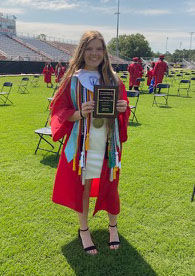 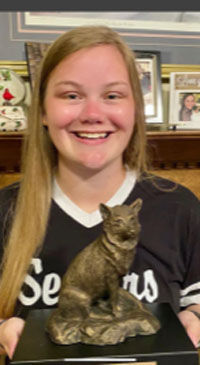 The Spirit of the Red Fox Award was presented to Alex Gardner.

The Spirit of the Red Fox Award was presented to Alex Gardner.

HARTSVILLE, S.C. — The Hartsville High School Virtual Awards ceremony for seniors was held on June 1 through the school’s Facebook page and website.

The ceremony was opened with remarks from Principal Corey Lewis and Class of 2020 students Amelia Harless and Katherine Askins.

The Hartsville High School Academic Booster Club tries to raise morale at HHS by rewarding teachers and students. The organization also sponsors many events throughout the school year. ABC raised enough money to provide a total of 37 scholarships in the amount of $500 through the Annual Golfball Drop and through donations from members of the community and businesses.

Jesse Brown was awarded a scholarship from Gold Leaf Seed. Dawkins Concrete gave two scholarships, and they were awarded to Jenny Powell and Jacob Prozzi.

The Johnny Andrews Scholarship was awarded to Walker Hodges.

The Dr. Charlie Burry Scholarship was given to Johnny Ropp.

Ina Marie Sullivan was awarded a scholarship given by the Red Fox Club.

Individual scholarships for seniors were awarded by community members and HHS faculty.

The Charlie Gainey Memorial Scholarship sponsored by Dr. Mike Harless for a baseball player was given to Tate Hawkins.

The Matthew Webb Moore Memorial Scholarship was awarded to Jessie Morphis, who always lives life to the fullest as Matt did.

Jaquan Harper was awarded The Bill Burns Scholarship in honor of a former teacher at HHS organized by his family.

The Andy Kilpatrick Memorial Scholarship was awarded to Sarah Teal.

A $6,000 State Fair Scholarship and the David Dorn Memorial Scholarship were both awarded to Sophie Roemhildt.

The prestigious Star of the West Scholarship of The Citadel was awarded to Johnny Ropp, who also earned the highest SAT superscore.

The Class of 1961 Scholarship recipient this year is Kenneth Wingate Jr.

The Arabella Rogers Scholarship that is awarded through the FDTC Educational Foundation was given to Elmer Mack and Isaiah Roemhildt, who both plan to attend FDTC.

The Key Factor Scholarship for Pee Dee Seniors based upon a personal essay was awarded to Olivia Roemhildt.

The Miss Hartsville High School scholarship was awarded to Bailey Moore and Mary Grace Walters for their excellence in ad sales for the program.

The Casey McPherson Endowment Fund for students who attended Southside was awarded to Jeniya Smith.

The Rosenwald Memorial Scholarship that is awarded to a student who attended Rosenwald Elementary and Middle School was given to Aaliyah Graham.

The Mr. Red Fox Scholarship in memory of Cleve Amerson has been awarded to Justin Abraham.

The Anderson Brass Scholarship recipient this year is Jeniya Jackson for her hard work and perseverance in graduating a year early.

The Lamar Civitans awarded a scholarship to a native of Lamar, Alexis Windham.

The “Show Your Spirit” Scholarship was awarded to Raven Addison, who submitted a video presentation for the scholarship opportunity showcasing her school spirit.

Both Caroline Conner and Alex Gardner were honored for earning All-As throughout their 12 years of education.

Sixteen seniors were awarded the prestigious Palmetto Fellows Scholarship. The school honored Hannah Lunn and Johnny Ropp, who both scored a 720 on the verbal portion of the SAT. Johnny Ropp also earned the highest score on the Math portion with a 700. Caroline Conner was also honored for earning the highest ACT score of a 32.

The IB portion of the awards ceremony recognized the Class of 2020 and Class of 2021 ambassadors, nine IB Diploma Candidates, and three students were awarded the IB Cord of Distinction.

During the awards portion of the ceremony, the STAND award was given to Eric Brown, who showed outstanding character and academic achievement as a leader on campus.

The DAR also awarded the Good Citizenship Award to Hannah Lunn as voted on by teachers.

Finally, The Heart of the Red Fox Award sponsored by Jostens and Rhodes Graduation Services Inc. was awarded to Alexandra Gardner, who set a positive example of an HHS student on and off campus, showcased academic success, contributed positively to the school and community and exhibited the real meaning of what it means to be a Red Fox.

Other awards were presented for Beta Club and the Foreign Language Department. DCSD Board of Education Scholars and Honor Graduates were recognized.

SGA President Justin Abraham closed the ceremony expressing gratefulness and excitement for the Class of 2020 having the opportunity to have a graduation and wishing success for his classmates.