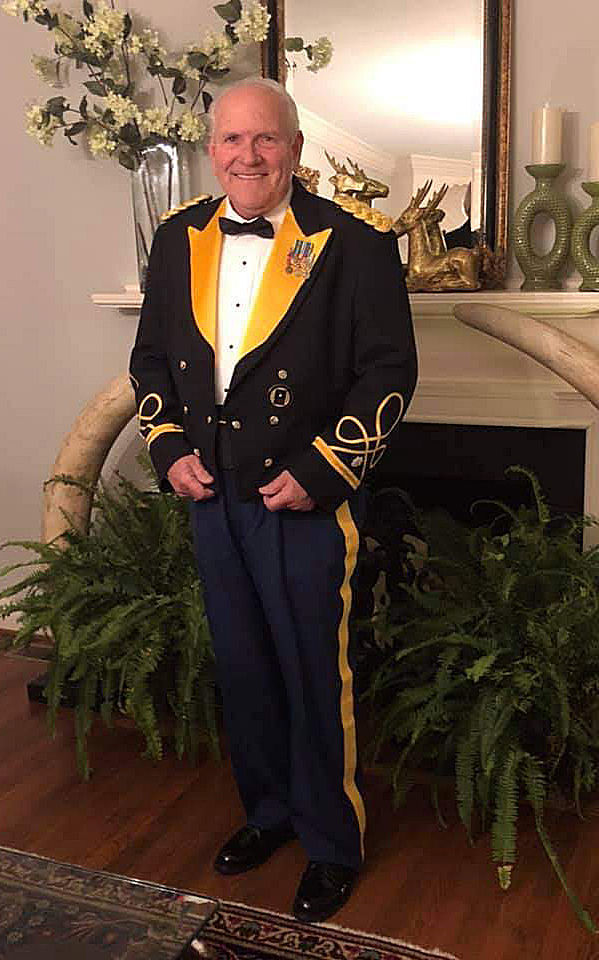 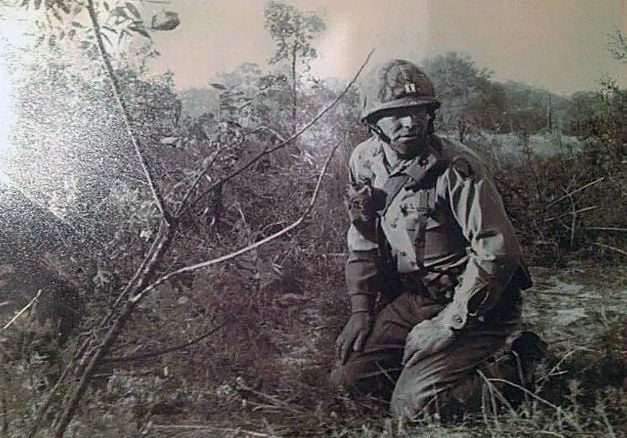 This is an old photograph of Grady Weaver serving his country. 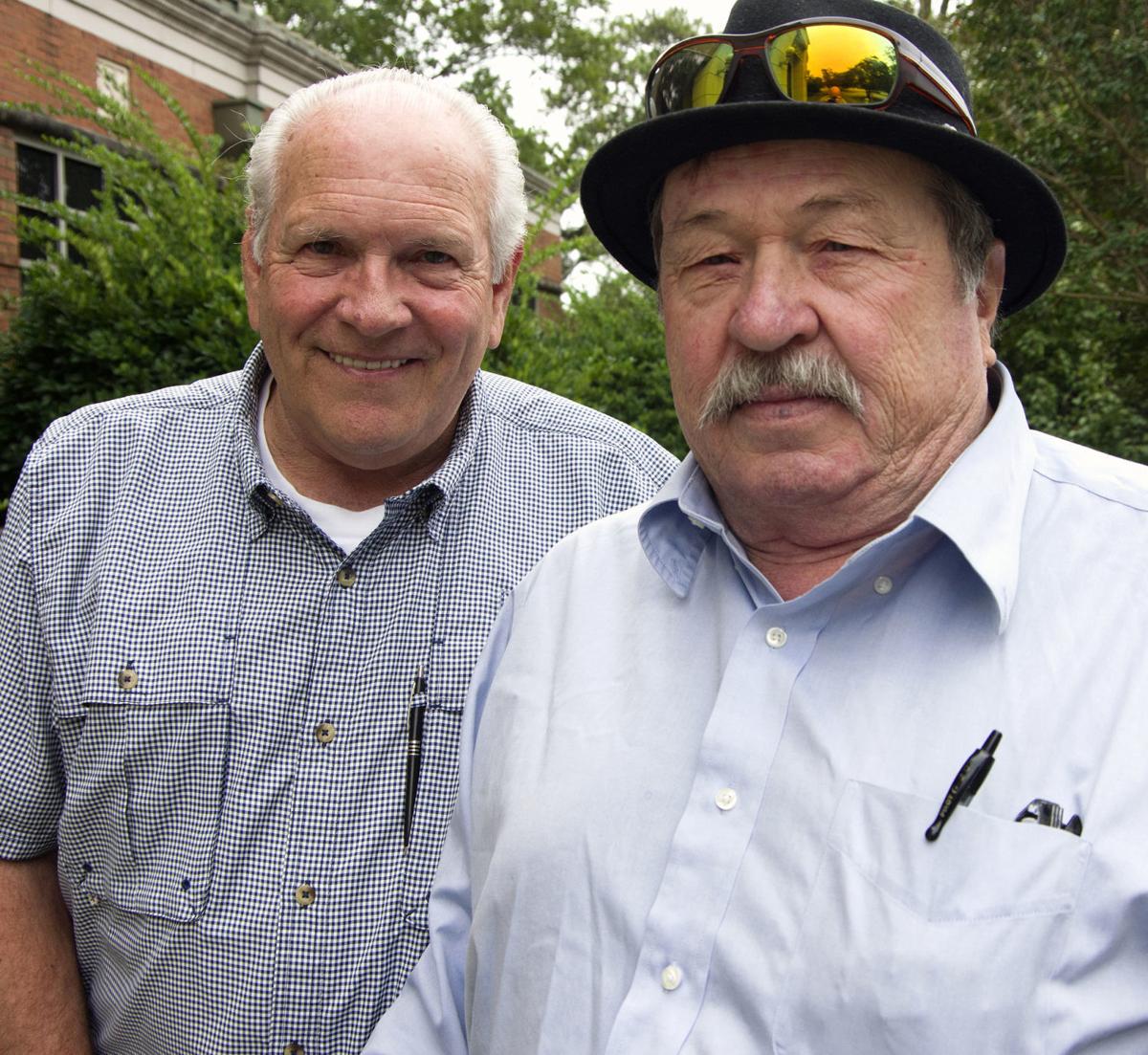 Grady Weaver (left) poses with his friend, James Curry, a Vietnam combat Army veteran. Weaver had a 28-year career in the National Guard and Army Reserves.

This is an old photograph of Grady Weaver serving his country.

Grady Weaver (left) poses with his friend, James Curry, a Vietnam combat Army veteran. Weaver had a 28-year career in the National Guard and Army Reserves.

Lt. Col. (retired) Henry “Grady” Weaver III never served in combat, but had a 28-year military career that began in the South Carolina Army National Guard and included service in the U.S. Army Reserves. He has seen assignments in Germany, Panama and Haiti.

“I was a weekend warrior,” Weaver said.

“I’m writing a book about my wife’s father, who served in three campaigns during World War II,” Weaver said.

His father-in-law joined the Marines when he was 17 years old, Weaver said, and three days after he turned 18, he was fighting in the Pacific.

Weaver, a native of Darlington, was draft eligible but received a college deferment while attending Shorter University in Georgia on a basketball scholarship,

He graduated from college in 1970 with a bachelor of arts in history and political science, and eventually taught history and geography at Hartsville High School, where he also coached.

That same year, Weaver enlisted in the South Carolina Army National Guard to become a combat medic in the Darlington unit (Company B Medical).

By going into the National Guard, Weaver said, he was able to finalize his marriage plans.

His career path changed, and Weaver took a job at Sonoco Products Company in Hartsville. He was fortunate that Sonoco allowed him to continue to be a “weekend warrior” and participate in summer camps. Job transfers with Sonoco took him to other states.

His command and staff positions included Army National Guard units in Florida and Kentucky, along with the 360th Civil Affairs Brigade (reserves) at Fort Jackson.

Weaver said he never participated in combat but came close a couple of times.

“I am a Vietnam-era veteran,” he said. “I was in a medical unit that was packing up to be deployed, but by May of 1975 we were out of Vietnam.”

When Desert Storm started in January 1990, Weaver was working in Kentucky. He said that before he could be sent, he was transferred back to Hartsville, and there was a “draw down.”

“The National Guard unit I was to go in with was deactivated,” he said.

“I was in Panama on several occasions with the Florida National Guard. I was shot at a few times in Panama, but not in combat.”

In the mid-’90s, Weaver said, he just missed being sent in combat to Haiti. He said that before his group could get there, the mission changed from a wartime effort to a peacekeeping mission.

After serving in National Guard units for more than 20 years, Weaver joined the U.S. Army Reserves at Fort Jackson.

Weaver said he stayed in because of the camaraderie, and he had built up a wealth of knowledge that he felt compelled to share with others.

“I have no regrets,” Weaver said. “I learned a great deal that luckily I didn’t have to put into practice.

“It is not a bad deal. Uncle Sam has been good to me, but I gave it my life.”

There were sacrifices. He said his daughter still remembers when she was 12 or 13 and he worked 16 to 18 hours a day at Sonoco and would be at various military functions three out of four weekends a month.

“I didn’t see my daughter awake for 30 days straight,” he said. “She doesn’t hold it against me, but she remembers it.”

He said there were also missed holidays and birthdays.

Weaver said the National Guards and the Reserves were his “golf game.”

Weaver retired from Sonoco in 2014 after more than 37 years at various positions in production, sales and human resources.

He and Fran Wall Weaver have been married for 48 years. They have one daughter, Lezlie, a son-in-law, Gil, and a grandson, Rhett. The Weavers are members of St. Luke United Methodist Church and live in Hartsville.

He holds a master of science in human resource management from Troy University in Troy, Alabama. He is a life member of the Honorable Order of Kentucky Colonels, the American Legion (past commander, Darlington Post 13), the Military Officers Association of America and the National Guard Association.