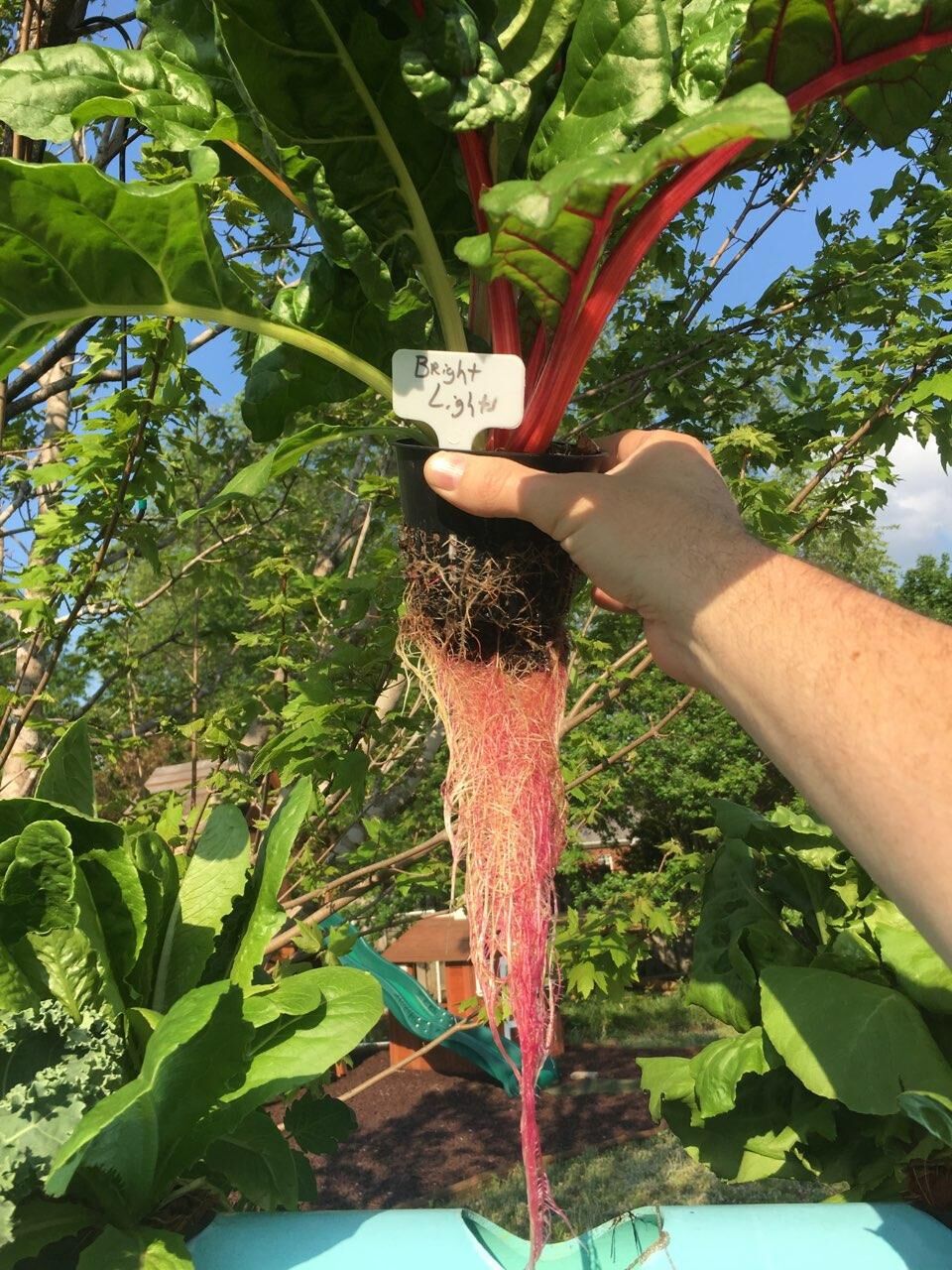 Jason Pugh of Florence shows a plant he has grown in his vertical hydroponic system. 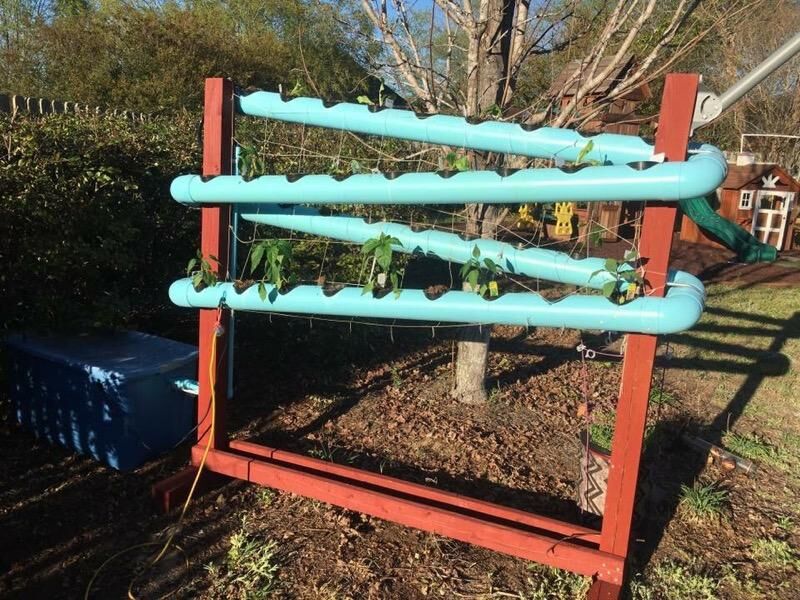 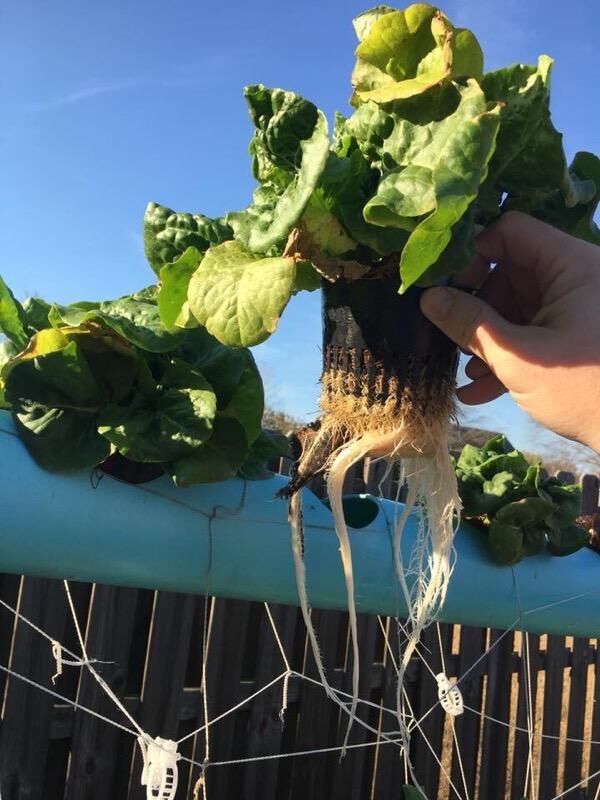 Jason Pugh of Florence shows a plant he has grown in his vertical hydroponic system.

Last week I visited Jason Pugh in Florence to check out his garden. He lives in the city but has a homesteader spirit and is a creative, do-it-yourself type of guy.

Jason has limited gardening space, so he built an innovative vertical hydroponic system. His peppers, tomatoes, cucumbers, basil and squash plants were thriving in his hydroponic setup.

Hydroponic gardening is growing plants without soil. Instead, the plants grow in a water solution that contains all of the nutrients and oxygen that the plants require.

If you read that carefully, you’ll notice I said that plants need oxygen. But everyone knows they use carbon dioxide.

So which is it? The answer is both.

But roots use oxygen and release carbon dioxide. This is called aerobic metabolism, and plant root cells rely upon it, just like our cells do.

Now back to hydroponics.

In hydroponic gardening, the roots of the plants are constantly bathed in an oxygenated nutrient solution. Without oxygen in the solution, the plants would drown. In my gardens, I have witnessed vegetable plants die after heavy rains, when the soil is waterlogged for days on end.

In Jason’s system, the hydroponic plants are supported in sieve-like plastic pots (“net pots”) filled with soilless media. He uses coconut fiber, but other hydroponic gardeners use lightweight expanded clay pellets or other inert materials such as vermiculite and perlite. It surprises many folks to learn that physical soil isn’t necessary for plant growth; it’s the nutrients among the soil particles that plants need.

The nutrients in a hydroponic solution are the same as those in garden soil – mainly nitrogen, phosphorus and potassium. Add a few micronutrients and the solution is perfect for plant growth. But the nutrient solution can be tricky to make from scratch, because each of the different nutrients needs to be in just the right proportion.

So, Jason buys a special soluble nutrient powder that he dissolves in water and adds to the reservoir every week or so. (Note: This isn’t the blue “gro stuff” at gardening centers, so check online for hydroponic soluble nutrient solutions if you’re going to give this a try.)

His nutrient solution reservoir is simply a large storage tote on the ground. He keeps it filled with about 20 gallons of solution and tops it off as it’s used up by the plants.

In the reservoir, Jason has a submersible water pump to push the solution through pipes to get to the plant roots. The pump only uses 17 watts of electricity and pumps almost 300 gallons per hour.

He recommends an adjustable-speed pump to precisely control the flow of nutrient solution.

Other hydroponic systems lay out sections of pipe horizontally, winding back and forth, like a radiator laid on its side. But Jason’s system is narrow and high, starting at 5 feet high and cascading down, back and forth, to the reservoir on the ground. It’s space-saving and highly productive!

When he built the system, he cut holes every foot or so along the top of the pipes with a hole saw. The pots are placed in these holes. To plant his garden, he puts transplants into the pots, with the coconut fiber for support, and sticks the pots into the holes. He puts a strip of burlap into the bottom of the pot, which helps wick the solution to the roots until they grow long enough to reach deeper into the pipes.

When Jason pulled out a plant for me to see, the roots were more than a foot long. The solution was trickling down the water slide, and the plants were lush, green and producing fruits. His hot pepper plants were loaded. His plants had more peppers on each plant than mine have ever had!

Clearly, one benefit of hydroponic gardening is maximum yield in limited space. Another perk is that you never have to water. He told me that he only checks the reservoir once a week.

Jason’s summer garden is mostly peppers, herbs, cucumbers and a tomato plant or two. Last year he grew a Bradford watermelon hydroponically! He said that one year he planted a dozen tomato plants, and their roots blocked the flow of solution through the pipes. So be warned if you’re aiming for a bumper crop of hydroponic tomatoes.

In winter, he grows lettuce, kale, chard and other greens. The whole system is portable, so he can roll it into his garage during really cold nights, when the nutrient solution might otherwise freeze. Soon, he wants to install solar panels to run the pump.

I was truly impressed with Jason’s hydroponic system, and eventually, I want to build my own. For those with limited space, there is a solution in hydroponic gardening. Such a system can take root anywhere!

Greg Pryor can be reached at gpryor@fmarion.edu.