E.J. McIver: Get rid of the superintendent 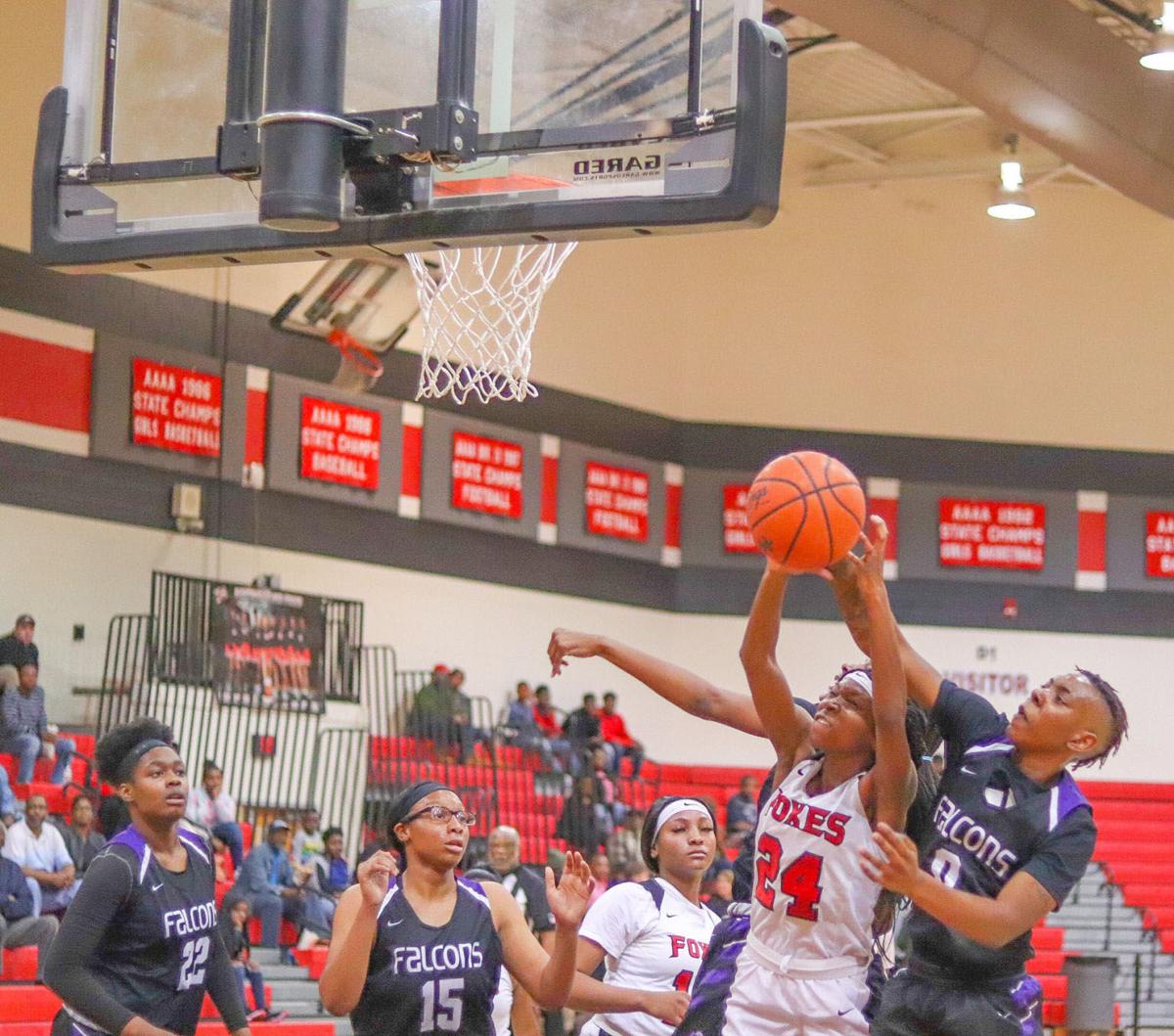 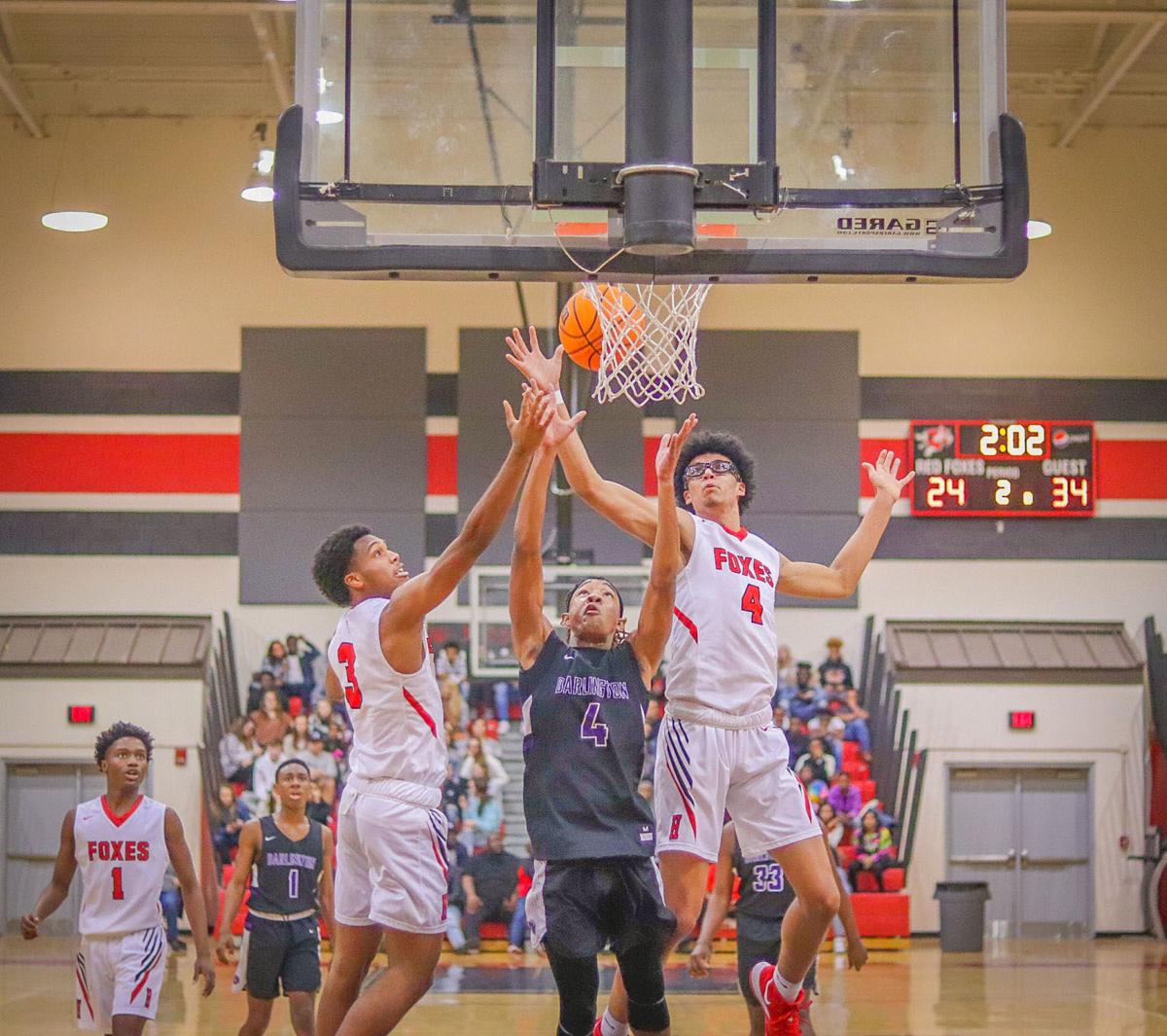 Darlington's Daniel Perkins goes up for a shot during Friday's game at Hartsville.

Darlington's Daniel Perkins goes up for a shot during Friday's game at Hartsville.

After three quarters of peaks and valleys during Friday’s game involving the Hartsville and Darlington girls, a thrilling finish was in the works.

That culminated in Lauren Thomas scoring off A’zaria Knox’s inbounds pass as time expired to give the Red Foxes a 38-37 victory.

Before that drama could unfold, a previous dilemma had to be solved at the scorer’s table after a jump ball was called with 3.7 seconds left. After some deliberation, the decision went the way of the scoreboard’s possession arrow: Pointing toward the Red Foxes.

From there, Hartsville set the stage for its win.

“It’s a play we run often,” Hartsville coach Justin Johnson said. “There was Lauren coming off a screen set by Jazolyn Pendergrass to get open. So that’s senior to senior to set up that screen, and Lauren finished that off in big fashion.”

But before Hartsville could be in position to convert a play like that, the Red Foxes had to rally from a 10-point deficit set by Darlington midway through the second quarter. After Asani Davis’ steal and layup gave the Falcons that 22-12 lead, Hartsville got within 22-16 by the time Friday’s halftime horn sounded.

Johnson then challenged his players to embrace a different mindset.

“I thought in the first half, we were very passive,’ Johnson said. “We took a lot of jumpers instead of driving the ball to the basket, and that played into Darlington’s hands. At halftime, we talked about getting downhill, getting to the line and putting pressure on them.”

While Hartsville started to drive the lane, they also created opportunities for foul shots. The Red Foxes made 12 of 17 free throws for the rest of the game. Pendergrass, who was 4 for 4 on free throws, made her final two that moved Hartsville within 37-35. And after two free throws by Thomas got the Red Foxes within 38-37, it was anybody’s game.

Now that the Red Foxes are 9-7 overall and 1-0 in Region 6-4A, Johnson hopes this win is something his program can build on.

“For a team that many picked to finish last in this region, this is a big thing for us to be at the head of the pack right from the start,” Johnson said. “We’ve got Marlboro County here on Tuesday, so that gives us another chance to create an opportunity for ourselves to win. Marlboro is going to be hungry after losing to Wilson tonight, so they’re going to give us their best shot.

“So, we’ve just got to circle the wagons and get back to it.”

In this back-and-forth game, it was only fitting the final minute would not be any different. After a tip-in by Hartsville’s Cesare Edwards brought the Red Foxes within 56-55, Deuce Hudson countered that with a layup to give the Falcons a 58-55 lead.

But this game was far from over, as the Red Foxes’ Jordan Blue sank a 3-pointer that tied it right back up.

But to the Falcons’ credit, they did find a way to win as Perkins took an assist from Tre’Quan Scott and sank the game-winning jumper.

“I told Tre’Quan to get the ball in his hands because I trust his decision making,” Heilbronn said. “I motioned Daniel to come set a screen for him. And they were off of him, so Tre’Quan made the right move in getting the ball to him. Then Daniel caught the ball and knocked the shot down.”

“We’re young, and we don’t know any better when it comes to feeling the pressure of a close game,” Heilbronn said. “We’re so young, we just play ball. We don’t worry about this and that.