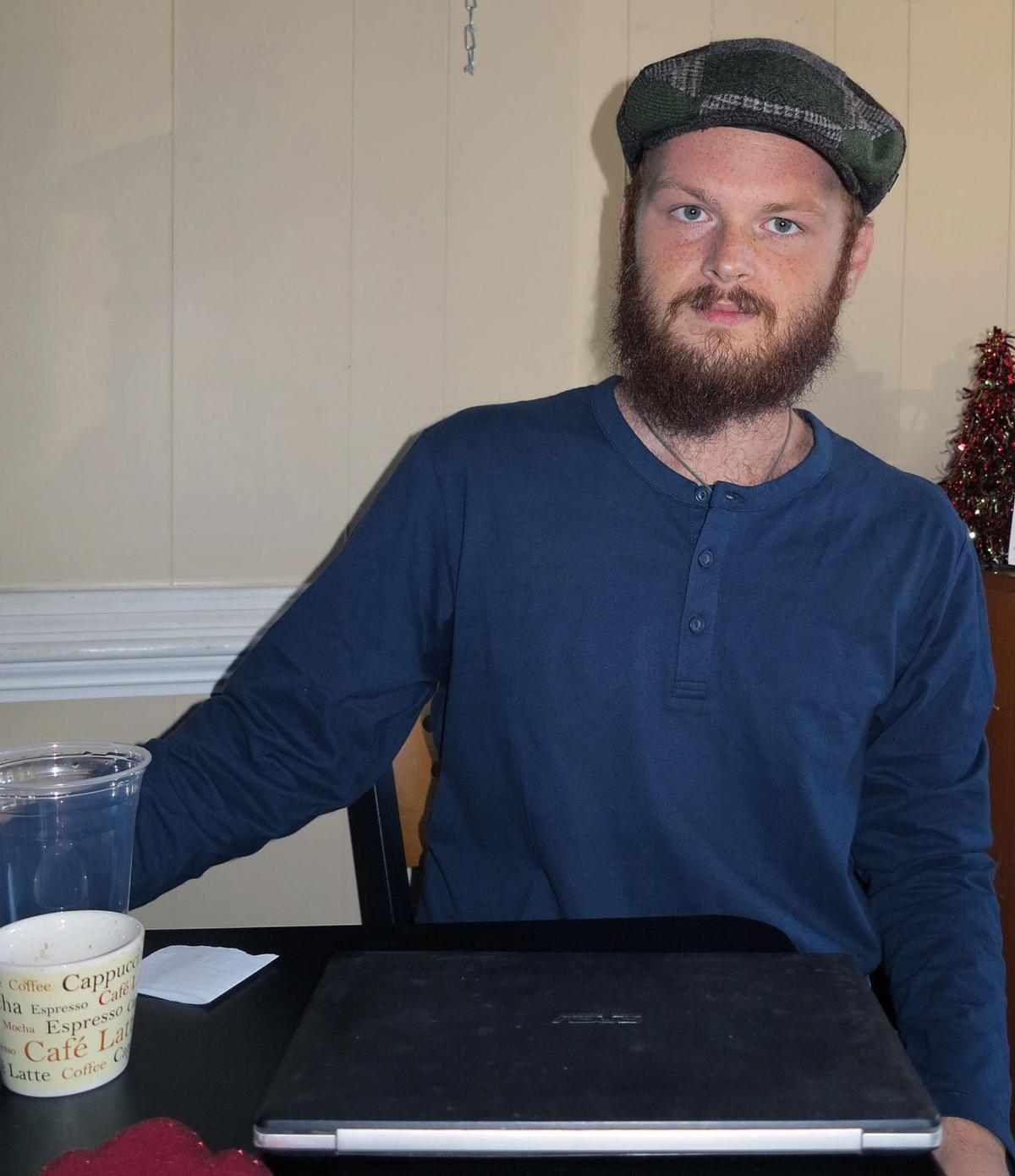 Visiting one of Hartsville’s coffee shops, Creama, Raleigh Smith catches up with family and friends during the holidays. He is home on a break from the Peace Corps, where he is volunteering in Senegal, a country in Africa. 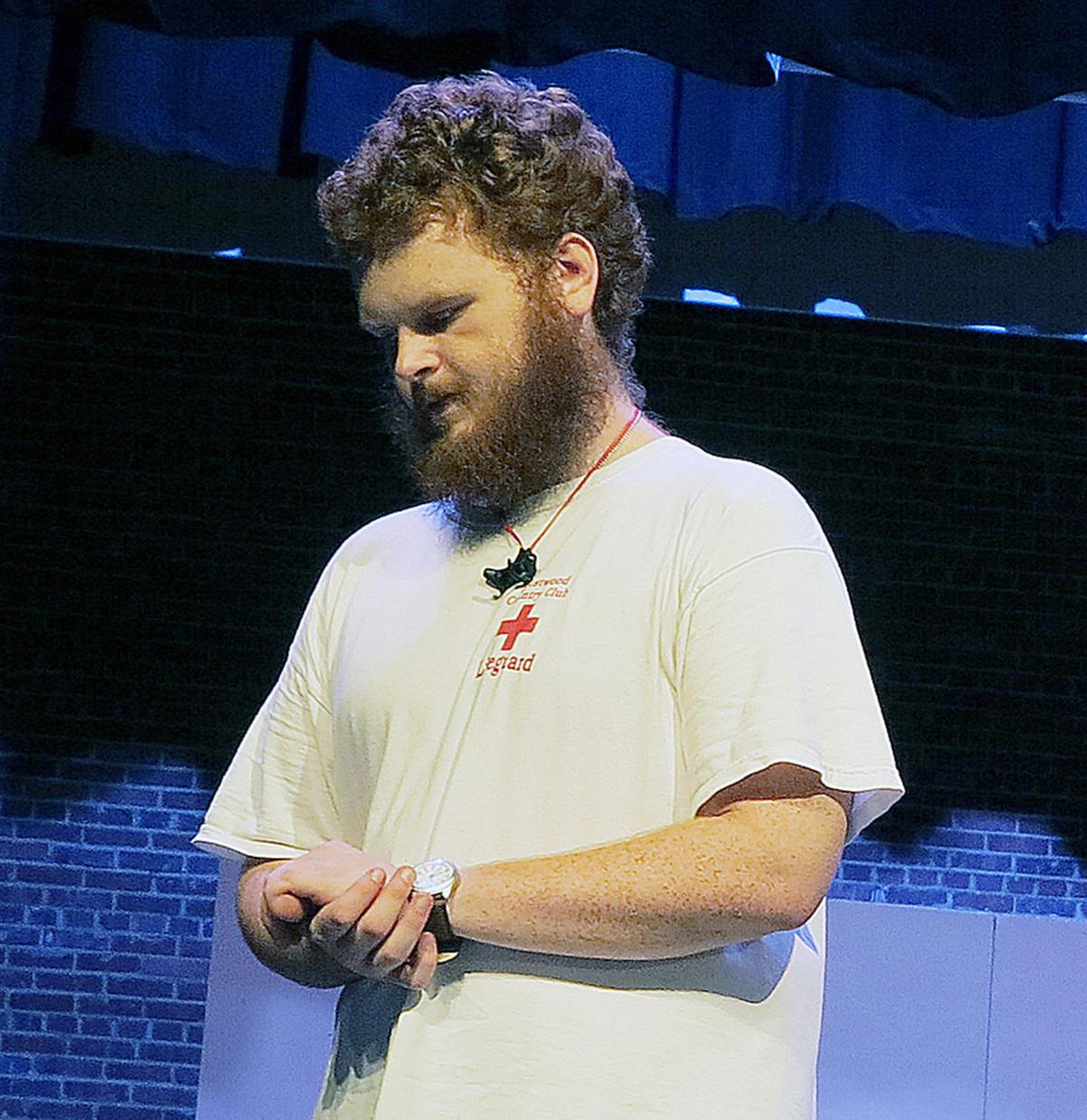 In August 2018, Raleigh Smith took on a role in the Hartsville Community Players' production of "Arsenic and Old Lace." 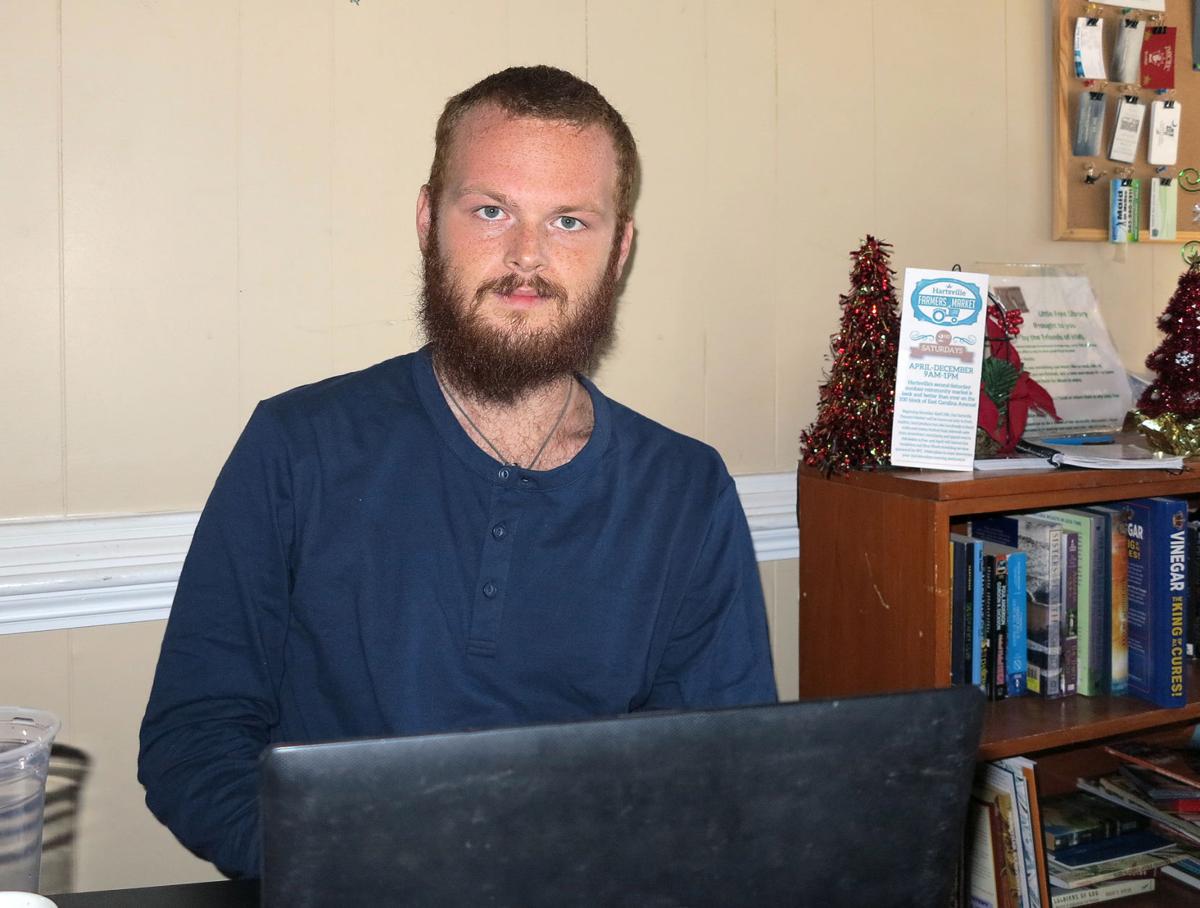 Raleigh Smith came back to Hartsville during the holidays to visit with family and friends before returning to Africa, where he is a Peace Corps volunteer.

Visiting one of Hartsville’s coffee shops, Creama, Raleigh Smith catches up with family and friends during the holidays. He is home on a break from the Peace Corps, where he is volunteering in Senegal, a country in Africa.

In August 2018, Raleigh Smith took on a role in the Hartsville Community Players' production of "Arsenic and Old Lace."

Raleigh Smith came back to Hartsville during the holidays to visit with family and friends before returning to Africa, where he is a Peace Corps volunteer.

“I’m the only person in the village with red hair,” Raleigh Smith said when he sat down at a coffee shop in Hartsville during the Christmas holidays to chat about his experience in the Peace Corps.

It had been awhile since he had been back to his hometown.

After graduating from college, Smith volunteered for a two-year stint in the Peace Corps that took him to the westernmost point of Africa. He lives in a region of Kolda Casamance known as Senegal.

“In a mock naming ceremony, I shaved my head,” he said.

The villagers gave him a new name, Njaye Jamanka, and he settled in to work among the people.

Before arriving, he took three months of training in the language of the people in that region. Safety and security and agricultural techniques were also among his training.

“I joined (the Peace Corps) because it is a cheap way to travel, to go places not normally associated with tourists,” Smith said. “I applied for sustainable agriculture, because I wanted to go to more rural areas, and I figured agriculture was the way to do it.”

Smith said it has been a good experience for the most part. He has a government job, and as with most government jobs, he said, there is a lot of bureaucracy and red tape. He said it is easy to get bogged down in it.

“Most of the time I’m tapping my foot and waiting for someone,” he said, “but in retrospect, it has been fun.”

He said the village of 400 people is “pretty distant from everything else.”

“My village is very poor,” he said.

Smith trains people through a sustainable agriculture program. They partner with a government agency known as ISRA.

“They make a variety of seeds — rice, corn, sorghum and cowpeas,” he said. “I distribute the seeds.”

These are some of the primary food crops grown in Senegal. He said the cash crops are peanuts and cashews.

He said Senegal is very hot, and from about noon to 4 p.m., it is too hot to do much of anything but sit in the shade.

“And sometimes it is too hot for that,” he said.

Smith said the maximum temperature he has witnessed since moving to Senegal has been around 120 degrees. And that is in the shade. He said it gets very cold at night at 70 degrees. This is winter in Senegal. He said at night everyone will be huddled up and bundled up.

“I still haven’t adjusted to the temperature,” he said. “I do a lot of complaining; they have the humidity, too.”

He said there are three seasons — hot and dry, hot and wet and cold and dry. He said it is very, very hot in the shade after the rains.

“The food is awful,” Smith said.

His family and friends have noticed he has lost weight since joining the Peace Corps, he said.

He eats a lot of rice.

“It has made me more appreciative of Hartsville and significantly more critical of the United States,” he said.

He said in a lot of ways, the United States has a lot of “catching up” to do with the rest of the world, especially in “infrastructure, public transit and health care.”

He said the United States needs to care more for its poorer citizens.

“It tends to take care of those who have and not those who don’t,” Smith said. “We tend to think it is our way or the highway.”

A world traveler, Smith said he doesn’t know if he will ever come back to Hartsville to live.

“I took two semesters off from college to travel, first to Germany and then to The Netherlands,” he said. “I graduated and went into the Peace Corps.”

Smith lived in Germany on a Workaway program. It is a program in which travelers can stay with families in exchange for work. He has traveled abroad and visited and lived in eight countries as well as the United States.

“I liked the Netherlands,” he said. “I’m a sucker for the public transit. Germany was real nice, too. I made a lot of friends in Germany.”

Living in a place where you don’t speak English every day tends to draw you really close to those who do speak English, he said. He said he speaks a little Spanish. He studied it in high school. And he took German in college. In Senegal, the area he is living, the people mostly speak Pulaar.

“We are masters at professional charades,” he said.

Smith was born in Louisiana and moved to Hartsville when he was just 2 or 3 years old. He went to school in Hartsville until the 11th grade, when he was accepted to the S.C. Governor’s School for the Arts in Greenville. He attended Vassar College in New York, earning a degree in theater. He has acted with the Hartsville Community Players and was most recently in “Arsenic and Old Lace.”

Smith’s love for adventure and travel came from his mother, who left her job at Sonoco a few years ago and went to work for the United Nations. She is in Australia at the United States Embassy.

“She raised me so I won’t sit still for long,” he said. “She liked to travel and talked about her time in the Navy. I read a lot as a child and read about places I wanted to see for real.”

Smith volunteered for the Peace Corps under a two-year contract. He said most people use this training as a stepping stone to other agencies.

Once that time is up, his plan is to meet his mother back in the United States and go to Australia to look for jobs. His time will be up in mid-November 2020.

For others dreaming of seeing the world, Smith said, “If you are not happy in your life, it is never too late to reinvent yourself.”

He said there are a lot of cheap ways to travel. The military is one, he said, but there are much easier ways such as the Peace Corps. He said it is a volunteer program, but they give him enough money to get by.

Having a degree in theater, Smith said, joining a Shakespearian troupe might be in his future.

“Travel is about meeting new people and changing the way you view your everyday life,” Smith said.