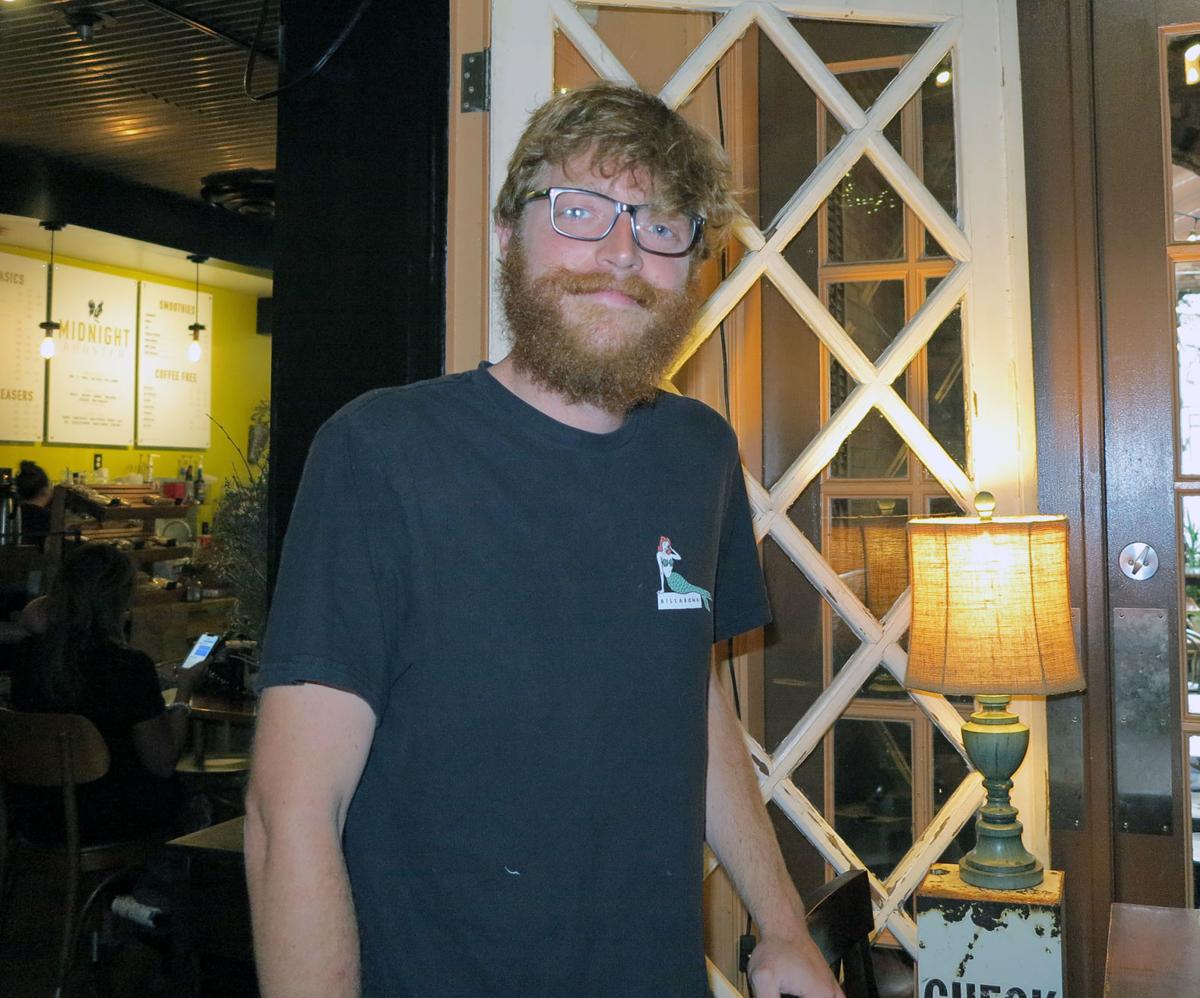 Noah Stanley stopped by the Midnight Rooster in Hartsville upon his return recently. In May he started a journey to hike the Appalachian Trail. He raised more than $20,000 for the Pee Dee Coalition with his hike. Noah and his partner, Caroline Williams, will be a dance team in Dancing with the Stars of Darlington County in January. 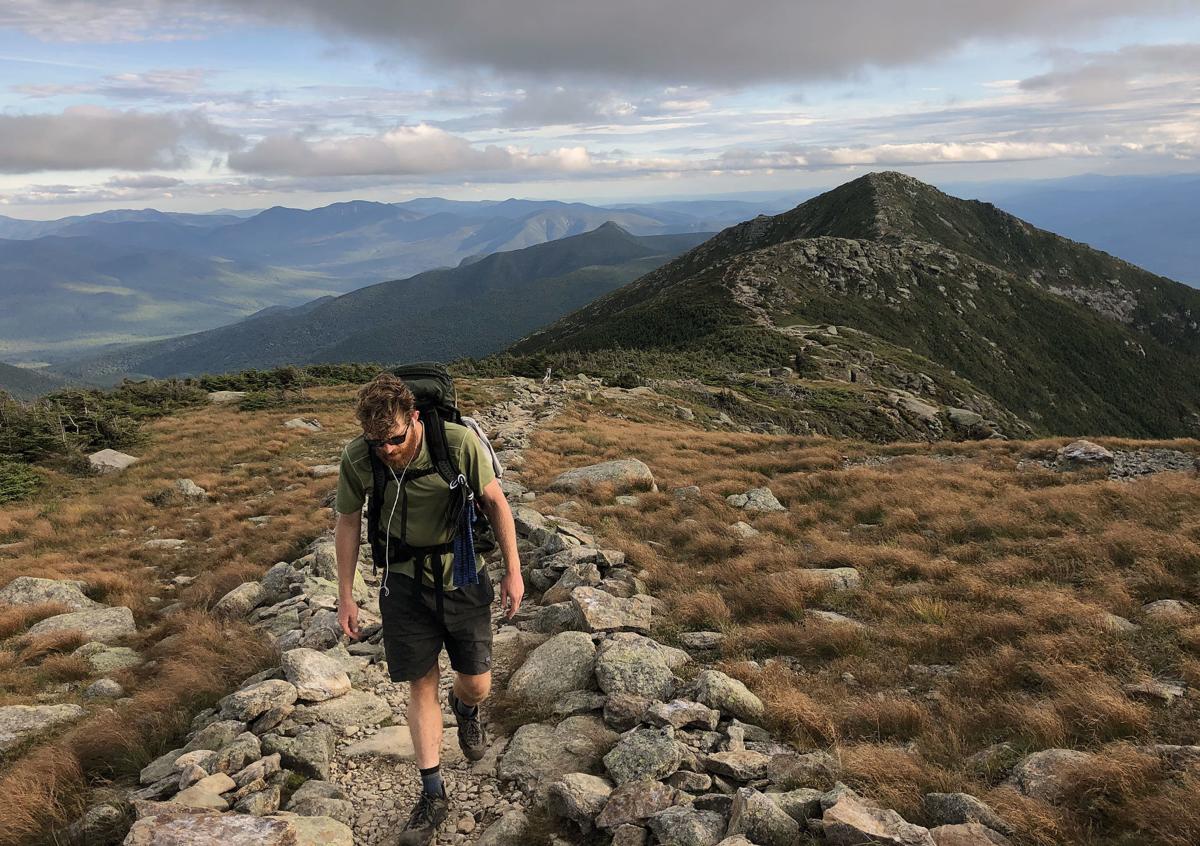 Beginning May 7, Noah Stanley started hiking the Appalachian Trail and raising money for the Pee Dee Coalition. He raised more than $20,000. He returned home to Hartsville recently. 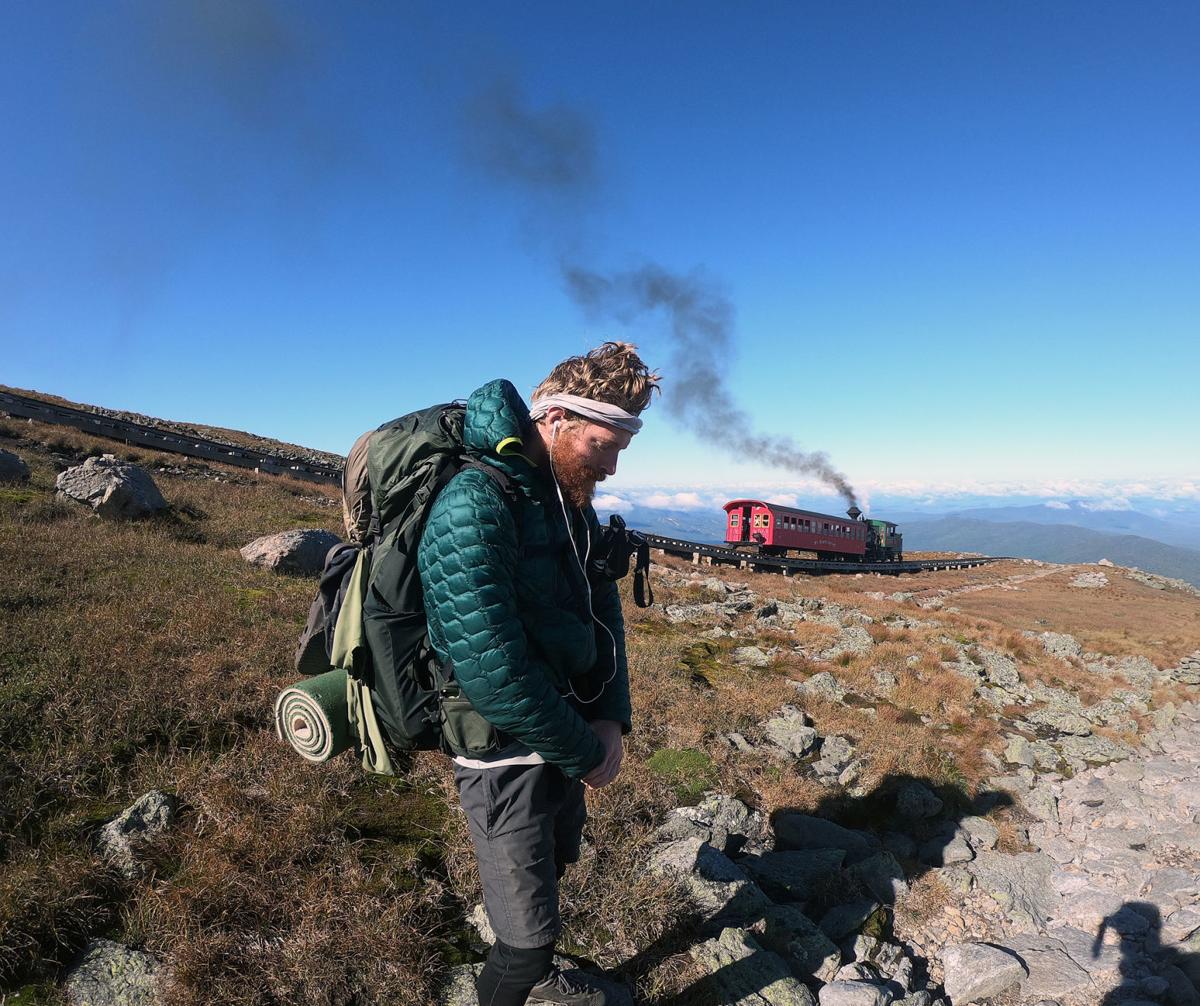 Even though his journey across the Appalachian Trail was made during the summer, Noah Stanley found the weather cold in parts of the country he hike. 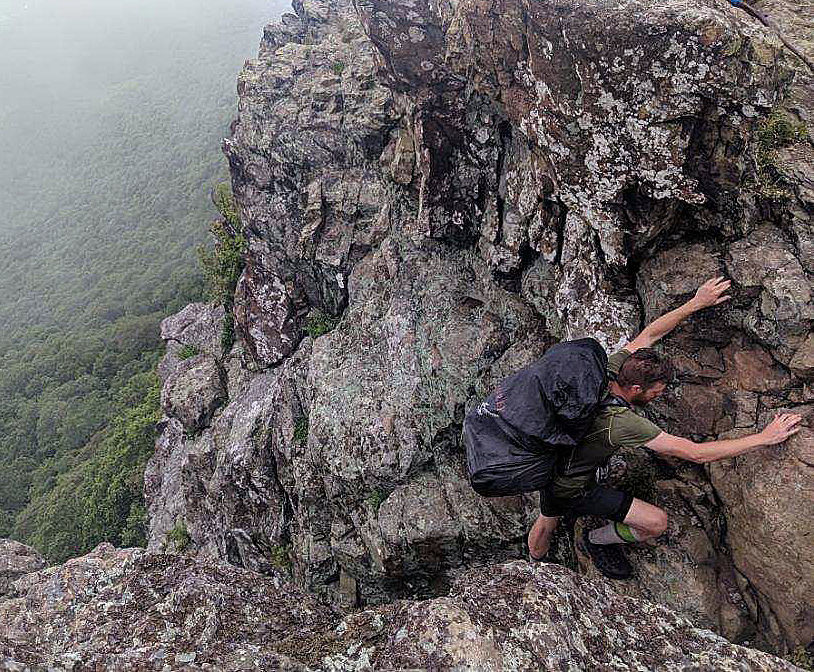 Noah Stanley of Hartsville hikes the Appalachian Trail. His hike started on May 7 and ended last week.

Noah Stanley stopped by the Midnight Rooster in Hartsville upon his return recently. In May he started a journey to hike the Appalachian Trail. He raised more than $20,000 for the Pee Dee Coalition with his hike. Noah and his partner, Caroline Williams, will be a dance team in Dancing with the Stars of Darlington County in January.

Beginning May 7, Noah Stanley started hiking the Appalachian Trail and raising money for the Pee Dee Coalition. He raised more than $20,000. He returned home to Hartsville recently.

Even though his journey across the Appalachian Trail was made during the summer, Noah Stanley found the weather cold in parts of the country he hike.

Noah Stanley of Hartsville hikes the Appalachian Trail. His hike started on May 7 and ended last week.

After graduating from college in May, Noah Stanley packed up and headed to Georgia to begin the journey of a lifetime.

It all started on May 7 at Springer Mountain and ended recently at Mount Katahdin in Maine.

Stanley hiked the Appalachian National Scenic Trail and the approach trail, which was about 2,200 miles through states in the Eastern United States. The Appalachian Trail is a marked hiking trail.

“I had already committed to the trail when I got a call from Tamara and Lukas asking me to participate again,” Stanley said. Tamara Weatherford and Lukas Glenn are co-producers of the event.

“I started thinking this would be a great way to raise money for the Pee Dee Coalition,” he said.

Stanley said you expect family and friends to give but not total strangers from states away. He said the response was overwhelming.

He told people in every town he stopped in along the trail and everyone he met hiking why he was walking the trail.

“Many of them made contributions,” he said.

Stanley said it was a really rewarding aspect of his journey.

“I can’t think of a more fun way to raise money,” he said.

Stanley said he will continue raising money and hopes he has motivated members of the other dance teams to surpass his fundraising efforts.

He said his first time participating in the event, he only raised a few thousand dollars.

Stanley is a musician, and the latest time he set out a tip jar at events he played to collect donations.

“I decided to take a little different path to raising money this year,” he said.

A former Eagle Scout, Stanley said he had been doing small section hikes for years. He and a friend took annual hikes of about 90 miles on the Appalachian Trail but never had he attempted anything longer.

Stanley said it seemed like the perfect time to make such a journey.

Stanley kept wondering whether he could do it.

“I knew this was something I wanted to do,” Stanley said. “I was mentally prepared.”

After toying with the idea for about year, Stanley said, he fully committed to the hike at the first of the year. Stanley, 28, was running approximately 3½ miles every day. Some days it would be six miles, he said.

He said he was running to get his weight under control and to get healthy, not necessarily with the hike in mind.

Roughly one month before he was to start the hike, Stanley decided to stop running and gain back a few pounds in anticipation of losing weight on the trail.

He said the one thing he learned right away was to not think about the end of the journey but to take it in “small chunks,” because it can be overwhelming.

Stanley’s constant companion on the trail was “The A.T. Guide,” by David Miller.

He said it tells you where mile markers are and how far to the nearest town and many other useful things, and it includes maps.

He said the trail is “blazed with a white stripe of paint.”

“It is really hard to get lost,” Stanley said, but he admitted to losing his way a few times.

He said that is a scary feeling to be in the woods and not know where you are. He said the trail changes a little every year.

“Every single state of the trail has a different feel, from the red soil mountains of Georgia to the notoriously rocky mountains in Pennsylvania,” Stanley said.

He said the final trek of his journey in New Hampshire and Maine had to be the most beautiful.

He said the mountains have their own weather.

When he started in May in Georgia, there were still some cold nights. Then it got insanely hot, he said. He said the summer heat in Pennsylvania brought new challenges. By the time the he got to the end, it was very cold at night.

“Of course, it rained the whole time,” he said.

One concern he had before starting was not having people to talk to along the way.

“I love talking to people,” he said. “I thought I might be walking alone.”

That notion was put to rest on the second day. He met a fellow hiker. He said their paths crossed often along the trail. In fact, he said the hiker rode back from Maine to Hartsville with him and his dad. He is still visiting the city of Hartsville, which Stanley said he talked about all along his journey.

“Hartsville is so special,” Stanley said.

Stanley said there is a saying among hikers to “hike your own hike.”

Stanley said he took two days off to sing in a wedding, which was a prior commitment.

He said a man he met in Virginia who gave a group of hikers who had walked into a town for supplies a ride back to the trail showed up again in Maine.

“The trail brings people together,” he said.

He said people drive the trail and stop to give out water and food to hikers. He said one guy stopped them with three boxes of pizza.

“There were many encounters and lessons learned along the way and memories made,” Stanley said. “When you put the pieces all together, it was something really, really special.”

Stanley said the enormity of his accomplishment hasn’t sunk in yet, but he has thousands and thousands of pictures from his journey to remind him.

“I have four hours of video, taken in one-minute clips,” he said.

He said it will take a while to coordinate all of them.

In reading about the psychological aspect of such a journey and walking toward a goal every day, he has learned that you need to find another challenge to work on.

But for now Stanley is giving his feet a rest. He said there were only two days on the trail that he did not walk. He wore out three pairs of shoes.

Stanley said his feet are bruised, blistered and sore.

Once the feet are healed, Stanley will turn his attention toward learning his dance for Dancing with the Stars and think about his future.

Stanley is a graduate of Francis Marion University with a degree in business administration.

“I want to focus on getting a career. I had a job before,” Stanley said. He is considering sales or human relations where he can use his skills.

Stanley said one lesson he learned from this journey is that you can do anything you set your mind to.

“‘The world is your oyster’ came full circle for me on the mountain,” he said.

He said that is a saying his mom and dad use to say to him growing up.

He is the son of the Billy Stanley of Hartsville and the late Paula Stanley. He and his sister, Hannah Stanley McCain, are only 50 weeks apart in age, he said.

His said his sister kept people in his hometown informed of each step of his journey.